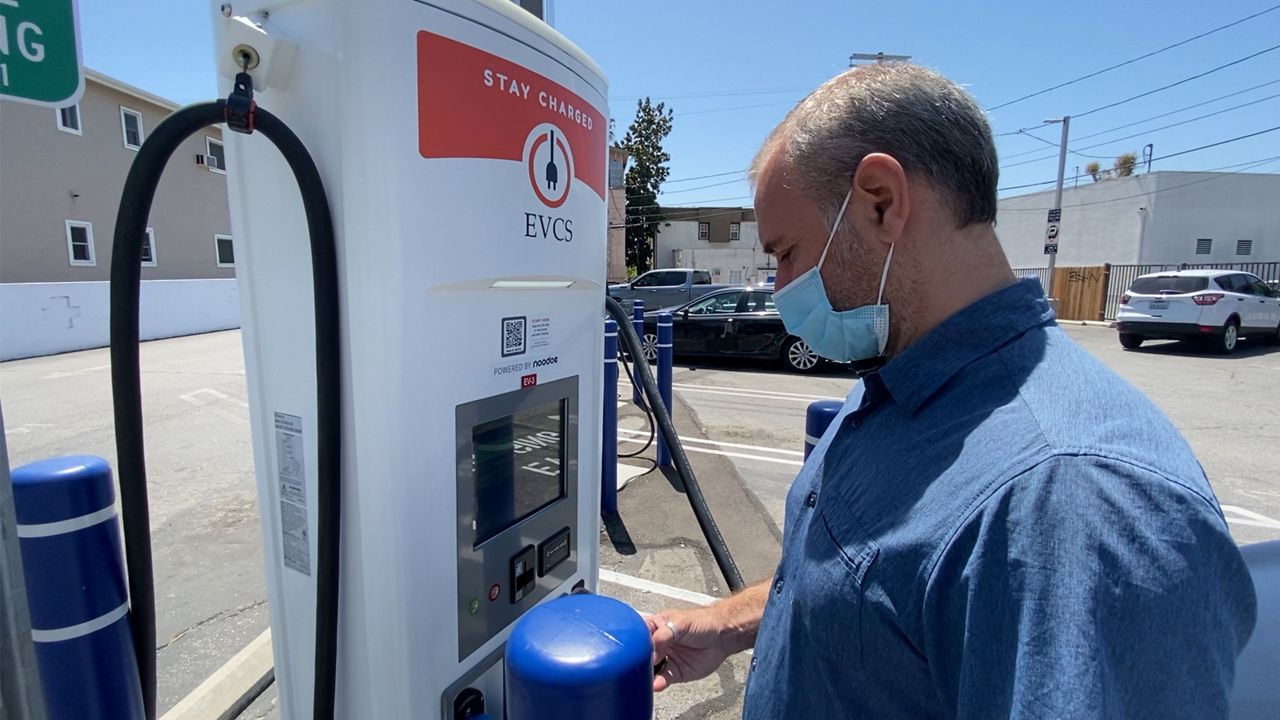 A native of Argentina, Occhiuzzo founded Green Commuter, an environmentally friendly car sharing business in 2014, but he soon realized there was a big problem: not enough charging stations.

"In order to support out fleet of electric vehicles, we decided to also start working on the infrastructure, Occhiuzzo said.

That led Occhiuzzo to co-found the sister company EVCS, now one of the largest and fastest growing operators of EV charging stations on the West Coast.

"We also do installations at hotels, restaurants, shopping centers, office buildings, multi-family buildings, so really anywhere you park a car," he said.

In 2019, EVCS partnered with LADOT to install fast charging stations at 57 city-owned parking lots. So far, 16 have been built.

"[The city] pretty much allow EVCS to own and operate the charging stations, and we secure the funding again from both public and private sources to do the installations," Occhiuzzo said.

While they’ve come down in cost, installing them is still pricey.

"On average an installation like this will run about $400,000," Occhiuzzo added.

It also takes about a year to complete, including design, permitting and construction, and is why he welcomes President Joe Biden’s proposed infrastructure plan, which sets aside billions of dollars to create a national network of a half a million EV chargers by 2030.

"We do need the support of the government and the public entities to kind of fund these construction through different programs, such as rebates or grants or subsidies," Occhiuzzo said.

That public funding in California has helped Occhiuzzo more than double the number of non-Tesla charging stations in the LA area in the past year, crucial to ensuring electric vehicles have the power they need.

"You already don’t want to spend 30 minutes charging your car, let alone waiting 30 minutes for somebody else to charge before you can charge," he said.

Occhiuzzo explained how LA is already miles ahead, but as demand grows, these charging stations — which were once an amenity — are now a necessity in Southern California and beyond.

"This feels like internet in 1993 when the future was unknown, but at the same time, the potential was unlimited," he said.

For Occhiuzzo, building that future is nothing short of electrifying.