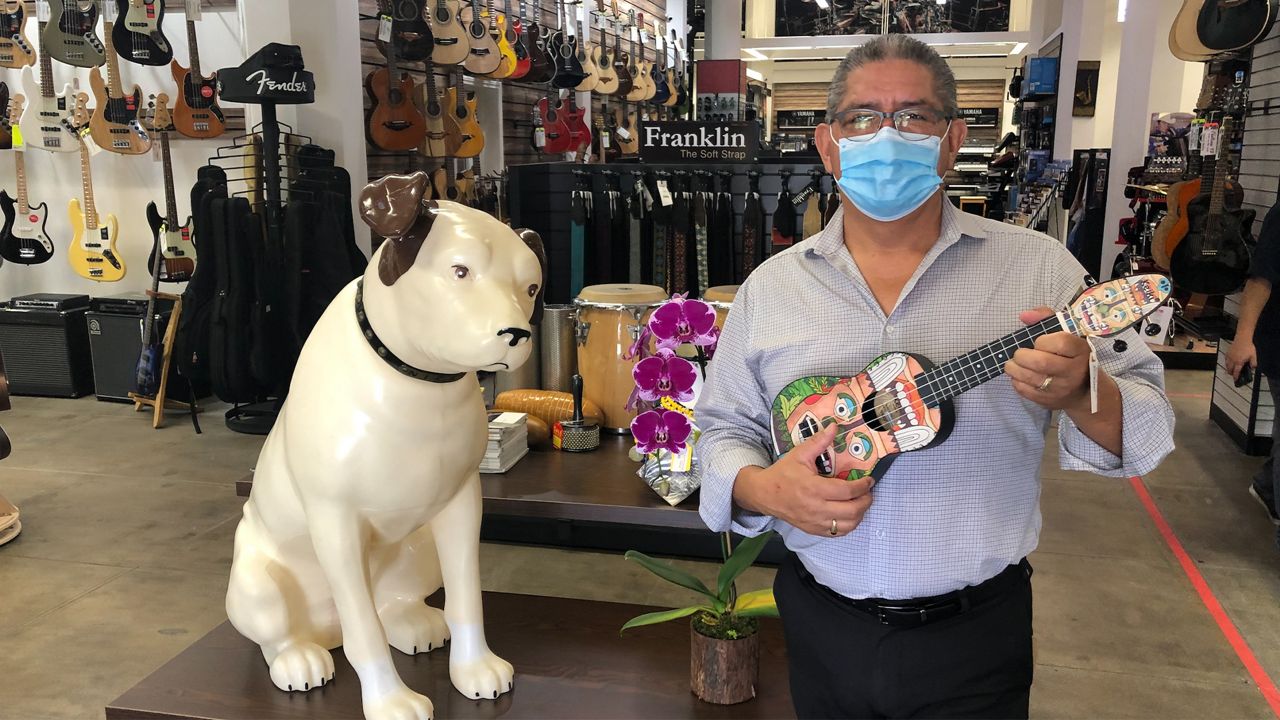 LOS ANGELES – On My 30, in the midst of the nationwide protests over the police killing of George Floyd in Minneapolis, looters descended on the International House of Music, also known as IHOMI.

Oscar Naranjo, who owns the musical instrument and accessory store in downtown Los Angeles, says the vandals caused hundreds of thousands of dollars in lost and damaged merchandise.

“We saw everything was gone, every thing was broken and it just broke my heart,” said Naranjo.

The looters even broke “Nipper,” a statue of the RCA dog that was a longtime symbol of the store. Nipper had been part of the store for decades. Many knew the store as “La Casa del Perro” or the “House of the Dog.”

“Back in the 40’s and 50’s RCA gave us the statue, we placed it in front of the store and that became a symbol, most of the customers would not remember the address or the name of the store but they remember 'La Casa del Perro,'” said Naranjo.

DAS Audio started a GoFundme to help replace Nipper and the store has now been rebuilt by using insurance money and the help of music and audio companies that donated merchandise. Artists who frequent the store also provided moral and emotional support and helped financially by buying musical and audio gear.

Its a business that holds a special place for Naranjo and his family. Naranjo immigrated from Michoacan, Mexico at 17-years old and started working in the store’s warehouse in the 1970s. He bought IHOMI in 1980.

Throughout the years many popular musicians have passed through the store to buy instruments, including Mexican regional bands Los Tigres del Norte, Los Tucanes de Tijuana, and Bronco.

While seeing the destruction caused by the looters still upsets Naranjo, he chooses to focus on the support he got in his time of need.

“We feel blessed and this is what it is, the community of the music, the power of the music and the willingness to continue doing what we do,” he said.

He says he’ll never forget the way musicians, music companies and the community came together to help him re-open.