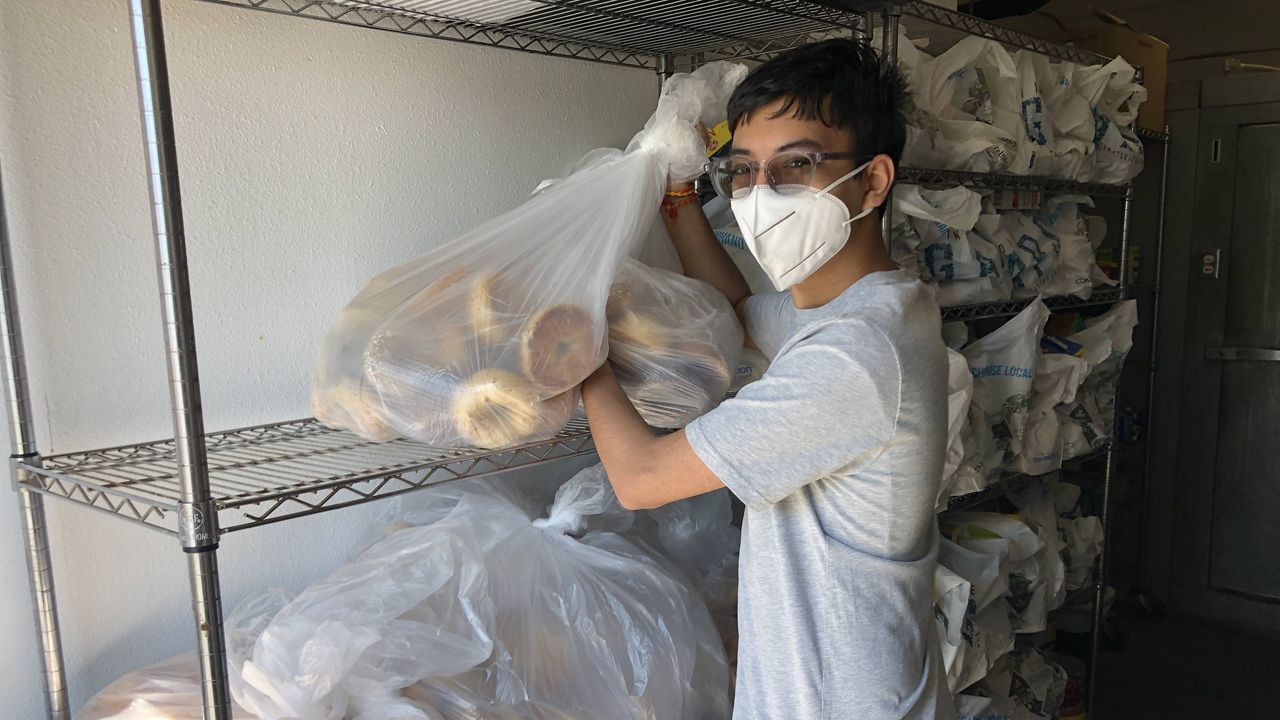 IRVINE, Calif. — When the pandemic hit, the food industry experienced a chain effect. Restaurants were shut down, people were not ordering take out as much, and food suppliers, like farmers, had massive surpluses.

Irvine high school student, Nithin Parthasarathy, said he wanted to help make sure the surplus was not going to end up in the trash. He started an effort to tackle at least one area of food waste.


Parthasarathy said he was raised in a finish-everything-on-your-plate household. Whenever he came home from school with any leftovers from his lunch, the first thing he had to do was eat those leftovers, even before starting on his homework.

Not wasting food is just a part of Parthasarathy’s life.

According to the USDA, food waste accounts for about 30 to 40 percent of the food supply in this country.

The high school junior said one day he realized he was contributing to food waste when he ordered a skinny bagel at a local shop in Irvine.

“That’s basically when they chop off part of the bagel to make it smaller. I saw them throw away that chopped off part, and I was really saddened to see that,” said Parthasarathy.

As the pandemic drags out and fewer people dine out, Parthasarathy said he wondered how much food was and continues to be tossed out.

He said on top of increased food waste, there’s also been more unemployment.

“There’s so many more people with food insecurity, and they’re not able to get food regularly,” said Parthasarathy.

Parthasarathy decided to help cut down on food waste, and help those in need. He started the Zero Waste Initiative.

He can’t drive yet, but with the help of his mom, dad, and volunteers, Parthasarathy collects unsold bagels and baked goods from local shops.

He collects bagels from three to five shops daily - a commitment that takes several hours each day.

Each night he also collects unsold donuts from local donut shops to donate. Parthasarathy said every minute is worth it because it will help those who may not know where their next meal is coming from.

The daily haul of baked goods is delivered to local nonprofits.

Among the organizations that receives bagels is Lighthouse Outreach Ministries in Costa Mesa.

Lindah Miles is the outreach director, and said the nonprofit helps feed several hundred people a day including, “the homeless and needy, and the elderly, veterans, people who are ill and in their homes.”

The bagels are packed up and put in bags full of food to be given to the many people her organization helps feed.

Miles said at the start of the pandemic food donations dropped off, while the number of people in need picked up, but she said serendipitously Parthasarathy contacted her.

“I was blown away. Here’s this young man that wants to deliver bagels. Of course! Makes it so much easier to run this operation,” said Miles.

It’s why Parthasarathy said he started collecting the bagels and doing this effort.

Parthasarathy has helped rescue more than a $15,000 value of food waste in three months. The bagels have helped feed hundreds of people in need during the pandemic.