SANTA MONICA, Calif. – Like many people searching for justice after the death of George Floyd, one local photographer decided to honor his memory with a surf paddle out last week, before the protests and looting started.

Martha Elena Burns is actually afraid of going in the water, but her love of the ocean and of photographing local surfers led her to organize a memorial paddle after she saw the video of the death of George Floyd at the hands of a white police officer in Minnesota.

“I could not get that image off my mind, I felt so rageful, I couldn’t sleep…so I reached out to my surf community," Burns said.

And the community responded. Her social media call out was reposted by many locals including Instagram posts by the WSL, blackgirlssurf, Surfrider, and Shacked Magazine.

Paddle out for George Floyd at Inkwell Beach in Santa Monica, CA . . . . I’m not home. I couldn’t do anything to help but I have a platform, I will use it when needed and I did. I want to thank those of who attended the paddle out. I felt it from here through the photos. 📷: John Sahur @jtsuhar thank you! @californiamermaidphotography #georgefloyd #paddleout #justiceforgeorgefloyd #justiceforahmaud #justiceforbreonnataylor #wsl #blacklives #blacklivesmatter #blackgirlssurf

Last Friday night, about 75 surfers from all parts of Los Angeles and beyond showed up at the beach. Paddling out is a time-honored tradition for surfers and watermen alike, dating back to Hawaiian burial rituals to honor those that have passed.

One of the supporters who came out was California Assemblyman Richard Bloom.

“This issue of unjustified killings of black men in particular is one that has persisted for decades and it's time that it ended," Bloom said. "This beach that we are on is called 'The Inkwell,' which also has its historic roots in discrimination.”

The Inkwell was a segregated 200-ft area of Santa Monica beach, south of the pier from Bay to Bicknell streets. It was considered a place of celebration and pain for African Americans around the middle decades of the 20th century, as it was the only place on the beach they were allowed.

Thirty-two-year-old Erin Cross always wanted to surf but didn’t have an opportunity to learn until she moved to L.A. from Maryland six months ago.

“Surfing isn’t particularly known to be a black sport…the fact that you had someone willing to unite everybody from different backgrounds just because of the sport," Cross said. "As a black woman it was therapeutic to be a part of something like this. And to just feel the love and to get the nods, and the 'I'm with you girl.' It meant the world to me….trying not to get super emotional right now.“

The Inkwell is also where the first African and Mexican-American surfer, Nick Gabaldon, taught himself how to surf in the 1940s. The Santa Monica native was a pioneer in surfing and race relations, paddling 12 miles north to Malibu amidst Jim Crow-era segregation.

His legacy brings extra meaning to the present-day paddle out.

“I just feel like if we could come together more on a front like this, not just out in the ocean but out in the real world, who knows what could happen," Cross said.

For Burns, this paddle out is just the beginning.

“This is my family! I need surfers to come and join us and say 'This is not OK, this is wrong, this has got to stop,'” she said. 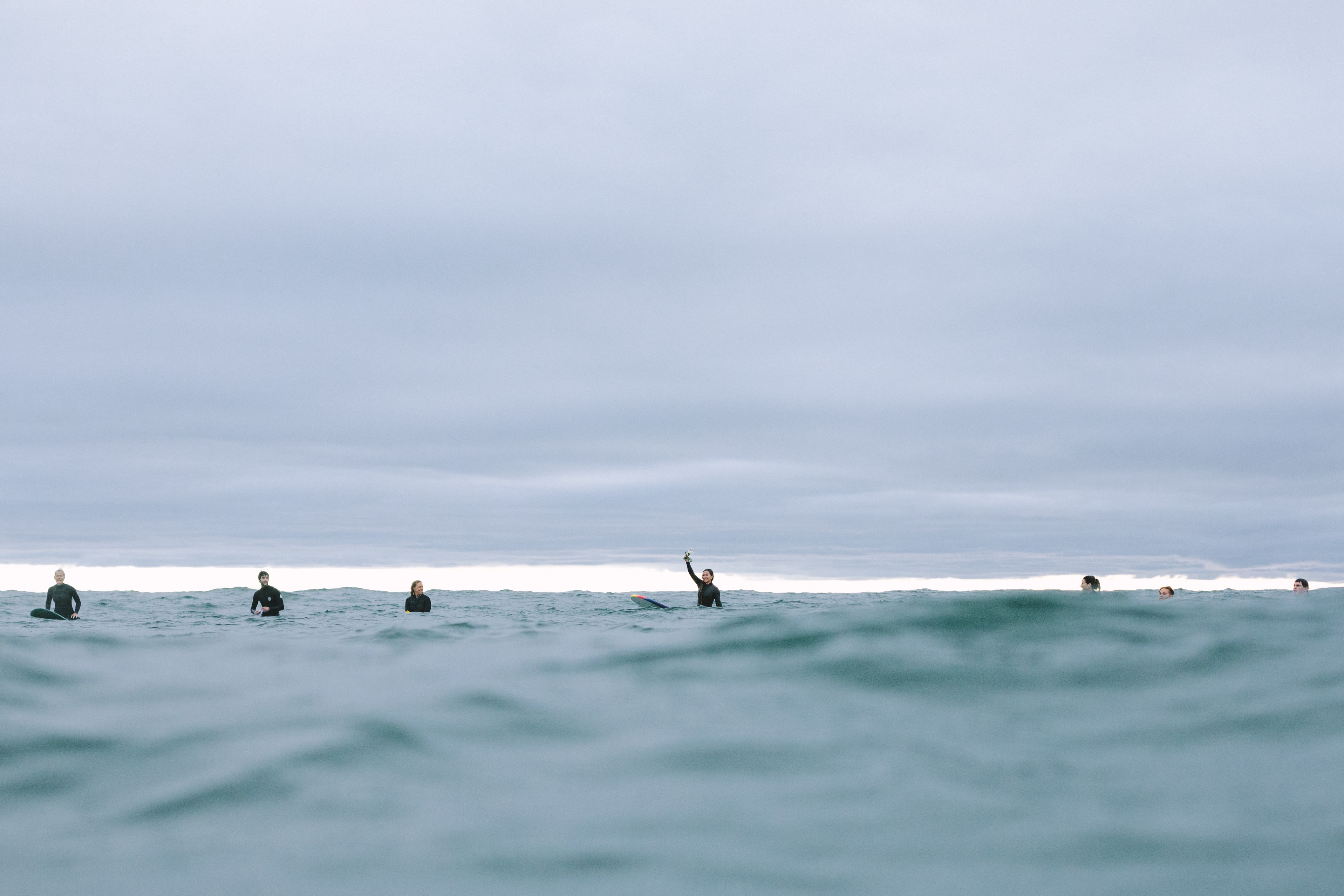