LOS ANGELES – The history of L.A.’s street lights is a rich one and at the Street Light Museum in downtown Los Angeles, visitors can see the progression of these public space utilities from the 19th century right up to today's energy efficient LED lamps.

When Christopher Hawthorne, the city's first ever Chief Design Officer, started his job 18 months ago, one of the questions he asked was, What's the next step in the evolution of street lighting?

“One of the reasons that the mayor decided to create this new position of Chief Design Officer is just how many of the basic building blocks of the public realm and the architecture of the city are up for grabs, they're being rethought,” said Hawthorne from the Street Light Museum. “They're being reimagined, and as you can tell from these amazing street lights behind me, we have a really rich design tradition of street light in Los Angeles.” 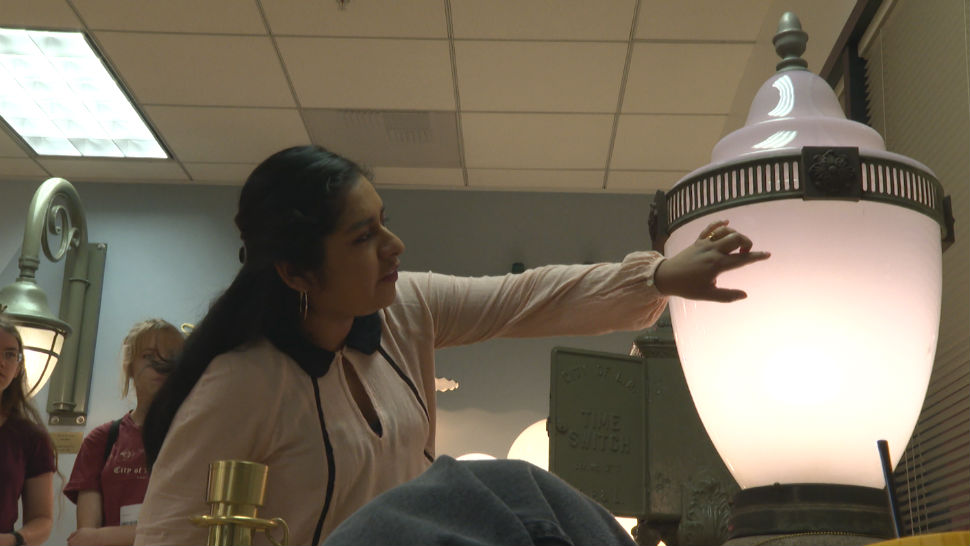 To help answer what is next, last month Mayor Garcetti’s office announced an open competition to design a new standard street light for 21st century L.A. There are three categories for the competition, one for professional designers and firms, and two student categories, one for graduate students and one for high school students.

“So, we're really hoping from the students to get a whole range of ideas,” said Hawthorne. “…really ambitious ideas about how the streetlight might be re-imagined.”

One of the challenges of 21st century technology is that devices are now expected to have multiple functions.

“We have to ask all of the elements that we put into the public roadway to do a whole bunch of different things,” said Hawthorne. “To charge vehicles, to provide shade. And, so, we want a design that incorporates all of those things without feeling like it is weighed down by those kind of programmatic responsibilities.”

While L.A.’s existing historic lights will remain intact, the new winning design will be implemented going forward for the one to 2,000 standard street lights that are replaced each year. By opening up the competition to all the hope is that everyone can have a voice.

“The potential winners of this contest could see 10’s of thousands of their designs replicated in almost every corner of the city which is a really rare opportunity today, we think, as far as design competitions go,” said Hawthorne.

If you think you have a winning design for the future of L.A.’s streetlights, visit the “LA Lights the Way” website for details and may the best lights win!