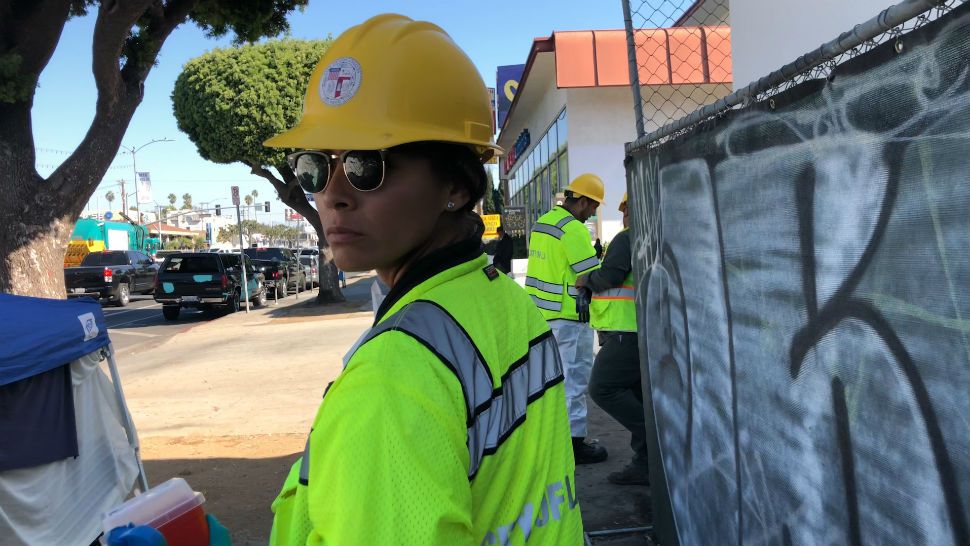 LA Homeless Crisis: Inside Look With the Clean Up Crew

LOS ANGELES – They are called “sharps” and they land with a thud.

These sanitation workers don’t just take out the trash for the homeless, they pick through it, looking for used needles and hazardous waste.

“If this does go to the landfill, it can be hazardous to staff there or at a transfer facility,” said Howard Wong, L.A.’s chief environmental compliance officer.

Wong is tasked with keeping L.A. clean and part of an expanded $27-million program to sanitize tent communities called CARE.

“Sometimes we get warm welcomes. Sometimes it can be a hostile situation because this is people’s livelihoods. This is their shelter. This is their home,” Wong said as he drove to an encampment on Venice Boulevard and Wasatch Avenue in Mar Vista.

During an earlier ride-along, a captain with the Los Angeles Police Department told Spectrum News 1 the area is a hotbed for methamphetamine and heroin use, but officers are not part of the CARE team. They are, however, only a radio call away.

There used to be 12 teams like this. Now, there are 30 as officials worry L.A., which already has the dual crises of housing and homelessness, could get a third: a literal plague spread by unsanitary conditions in tent communities.

According to the Department of Public Health, one disease is already on the rise – addiction. ER visits involving heroin are up 170 percent from 2006, according to the most recent data.

The people who live at the encampment asked us not to show their faces.

Each “sharp” was picked up and tallied by the sanitation team. At this one stop, they find a dozen. Each represents a brief reprieve from life on the streets and a troubling truth for those of us who walk them.