LOS ANGELES – This is a wakeup call.

It is almost noon, Officer Manuel Perez and his partner are rousting tents inside a homeless encampment under the shadow of the 405 Freeway at Venice Boulevard and Globe Avenue.

“People are going to work and school, so we want to make sure it is safe to cross through here,” Perez said, as he gently shook a large yellow tent to see if anyone was inside.

The officers mind their steps, looking out for human waste and needles. There is so much stuff scattered across the sidewalk, including shopping carts, a basketball hoop, and a flock of pigeons, it is hard to tell what is trash and what is home.

“You’re seeing everything. We find people who are wanted. They’re on our posters,” Perez said.

“That encampment, from our perspective, is predominately built around drug use,” said Captain Brian Morrison, the new head of Los Angeles Police Department’s Pacific Division.

“A lot of it is heroin, some of it is meth,” Morrison said.

In recent months, officers have focused their efforts on Venice and Globe. Police have made nearly a dozen arrests for selling drugs, and a half dozen for possession or drug-related warrants. However, Morrison said Proposition 47 basically decriminalized drug use, that weak sentences for possession are not enough to urge addicts into rehab.

In an alley near Venice Boulevard, Morrison finds needles and pills in the dirt. It is a hazard for the neighborhood and for his officers – during a recent arrest two officers were stuck by needles that tested positive for Hepatitis C.

As we drive, Morrison gives a tour of nearby encampments: Venice and Globe, Grandview, Skid Rose. If officers crackdown in one place, the problem shifts somewhere else.

“The housed community struggles with the unhoused,” Morrison said. “They deal with the impacts of each other.” 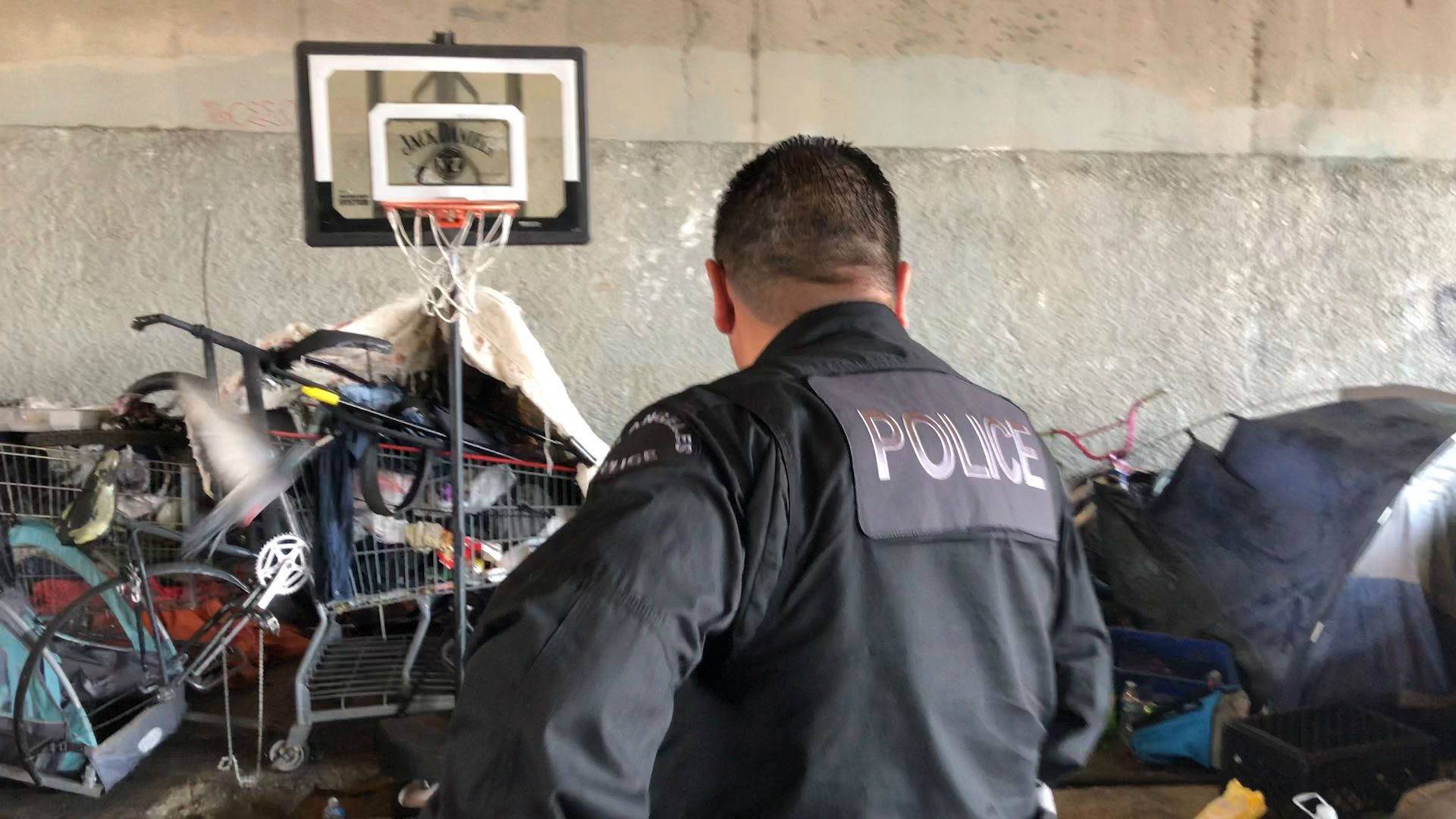