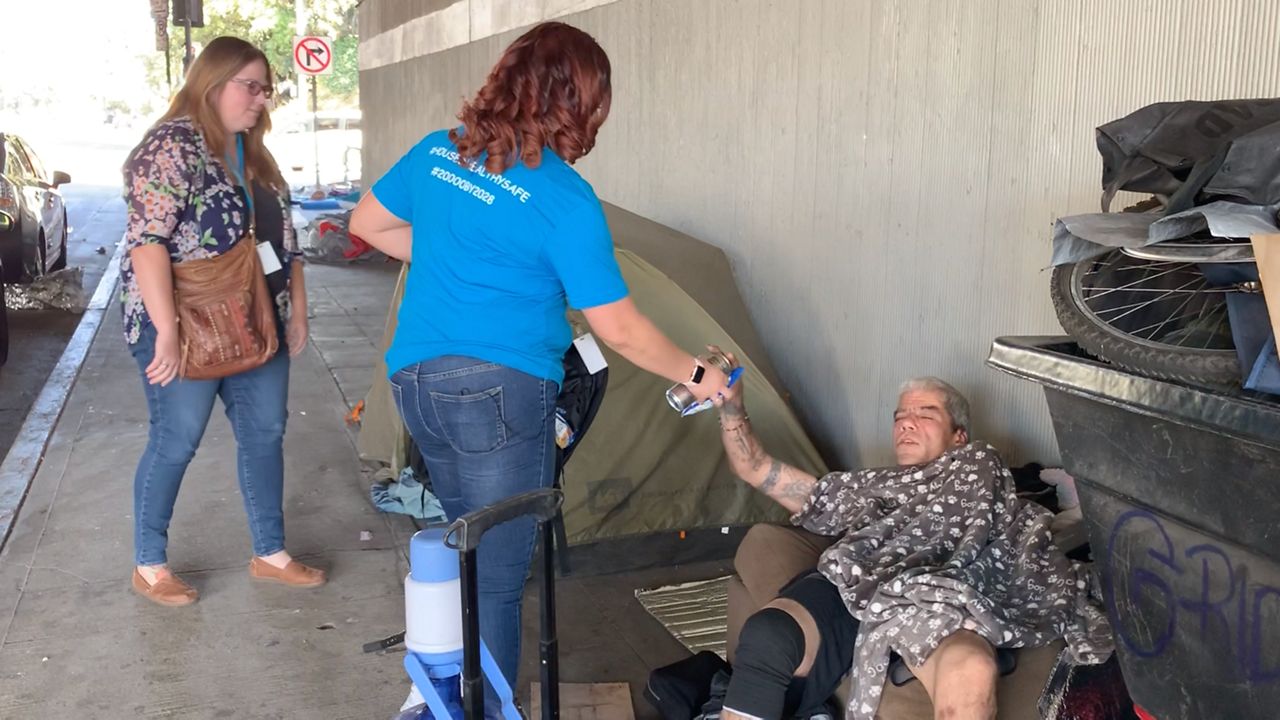 HOLLYWOOD, Calif. – Once a week, Brenda Sarni makes a beeline for the office pantry and grabs as many snacks as she can fit into her backpack.

But while it may seem like a whole lot of empty calories, these snacks are anything but.

“I’m actually filling out my outreach bag so that I can and engage some clients,” Sarni told Spectrum News 1.

Sarni’s clients live a few blocks away, right under the 101.

A case worker for the nonprofit, The People Concern, Sarni and her team head out to a homeless encampment right under the freeway with a fresh supply of popcorn and compassion.

Some 1,300 people are living on Hollywood’s famed streets, a homeless community second only to Skid Row. According to a recent report by California Policy Lab, about half of them cope with physical, mental or substance abuse — sometimes all three.

Schulte has been pitching a tent for three years after a bitter custody battle left her penniless. Mental illness did not help.

She’s here with her boyfriend, her mom and her dog Yogi. She's tried to get an apartment but can’t afford rent.

“Coming up with that big lump sum of money puts a lot of us homeless people in a predicament,” she said.

That’s where Sarni comes in, helping clients like Schulte with a flurry of paperwork, court appointments and applications.

As Sarni navigates the encampment, she knows just what to say and how to say it. That’s because three years ago she was in their shoes, drowning in meth.

“I moved into a house that was not mine. I lived in there for about four years I was selling drugs,” she said.

It wasn’t until her son Jonathan died as a result of medical complications that she finally got clean —  a moment now seared in her memory.

“I want my clients to know that if I can do it, they can do it too,” she said.