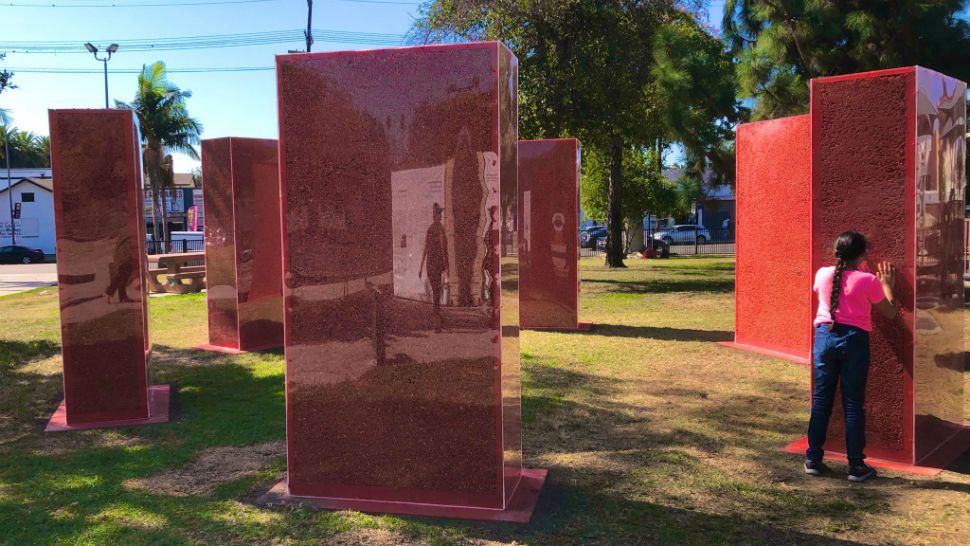 LOS ANGELES – Current: LA Food is a public art event up until November 3.

Jazmin Urrea is one of the 15 commissioned artists participating. She titled her work “Imperishable,” which is on display for free at Martin Luther King Jr. Park in Los Angeles.

“It still hasn’t hit me yet. I’m still shocked and amazed that it’s up here,” said Urrea.

Urrea needed more than 100 pounds of Hot Cheetos for her piece. She has a deeply personal connection to the snack. She used to eat them all the time until she was hospitalized at 12 years old. She was in a lot of pain and had to get emergency surgery.

“When you get your stomach pumped they shove tubes down your nose and all of that and I ended up just seeing red oozing out and I could see it and I was crying. It was like a whole ordeal,” said Urrea.

The food-centric pieces are spread out over 15 council districts.

“They’re all incredibly powerful in their ways of looking at food differently,” said Asuka Hisa, the lead curator.

Urrea doesn’t eat Cheetos anymore, yet the flaming snack has lit a fire under her and her art.

The Institute of Contemporary Art, Los Angeles is putting on Current: LA Food in partnership with the Department of Cultural Affairs.

Hot Cheeto art: the artist used to eat them all the time until she was hospitalized as a child. pic.twitter.com/4l8NOytocQ

I know it doesn’t look like it, but that rug is actually made of metal. The plants beneath it are native species (unlike some of the flowers nearby). One of 15 exhibits in @Current_LA. pic.twitter.com/pRMI1dugl6