LOS ANGELES – Rubber hit the road Sunday, but while traffic was heavy, it definitely wasn’t bumper to bumper. For six car-free miles, foot power took over the streets of downtown Los Angeles.

“Let’s go guys,” shouted Elvia Cortez as she and her family set out for what can truly be described as a joyride.

“Kids love riding their bike,” Cortez said. "We feel good and at the end of the day, everybody’s happy.”

Cortez is not just a Sunday cyclist. She uses her bike to get to work, but admits it can be scary.

“I need to really watch out for the cars," Cortez said. "I do appreciate it and get really excited when I see the bike lanes.”

Bike lanes have been added to an estimated 600 miles in L.A. since the CicLAvia events first began in 2010. 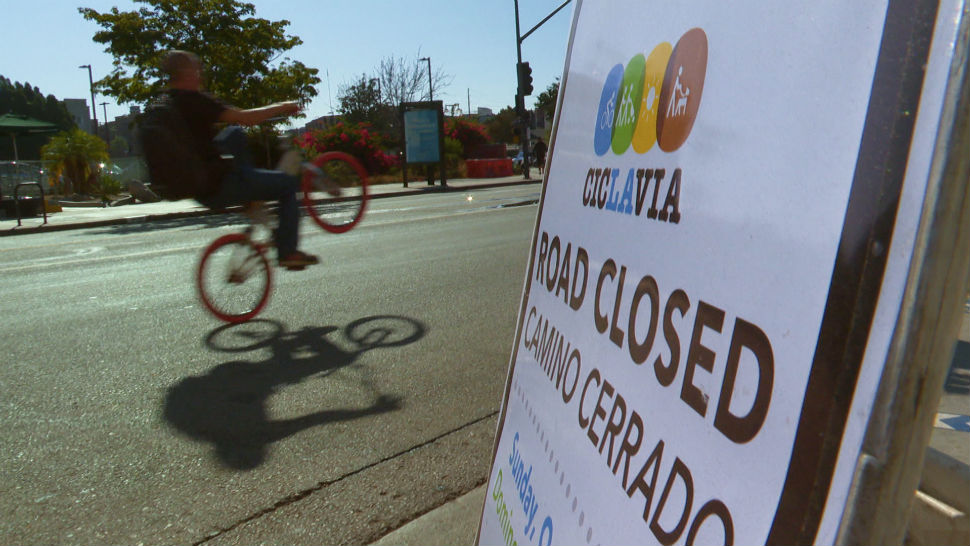 “So things are possible in Los Angeles," said executive director Romel Pascual. "But I still think L.A. has a long way to go.”

Pascual says this event – the 33rd they have organized so far – allows people to experience different neighborhoods while also getting a taste of what the streets of Los Angeles could be like.

On Sunday streets were filled with Angelenos cycling, skateboarding, roller skating, and getting to where they need to go without cars. In just one day, ditching cars can have a big impact on the environment.

Pascual is a graduate of University of California Los Angeles, which has been studying CicLAvia’s effects.

“49 percent of pollutant particles go away when a CicLAvia takes place," said Andres Cuervo, the director of UCLA's Centennial Celebration. "So that speaks to the impact of getting Angelenos out of their cars.”

“We’re not anti-car," Pascual said. "We all drive. I drive. You drive. You know, this is pro-community.”

As for the road ahead, he looks forward to a future when he won’t need to hold CicLAvia events because scenes like this will be an everyday thing.

Cortez would like that too, especially for future generations.

“Honestly I would love for my kids to ride to school, but it makes me a little nervous, I have to say, because there isn’t a specific bike lane for them," Cortez said. "But being out here where the streets are blocked off...oh yeah, I can totally be carefree and actually enjoy the ride with my kids."

Plus tens of thousands of like-minded Angelenos -- all of them peddling together toward a more connected future.

The next CicLAvia event will be held in the Valley on December 8. For a map of the route, click here.

RELATED l Why are SoCal Gas Prices so High? 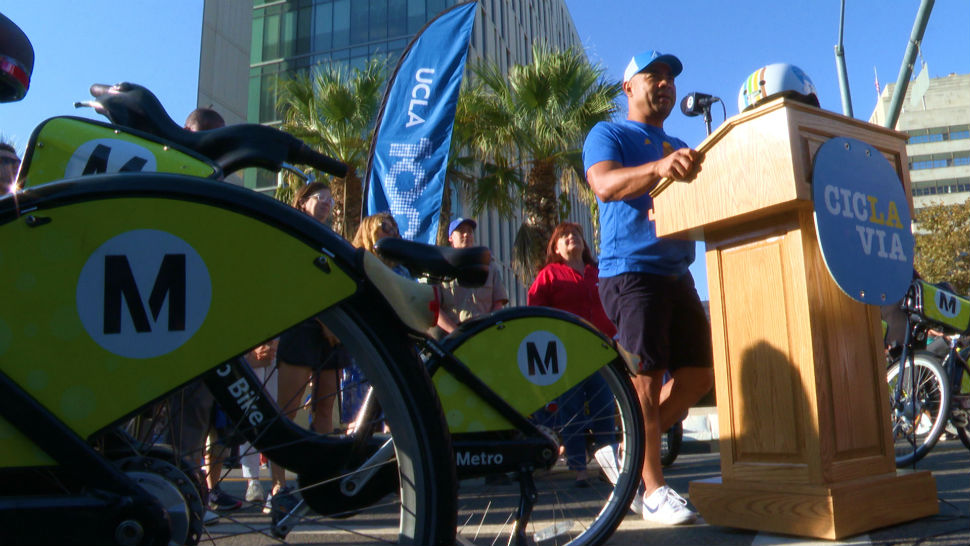