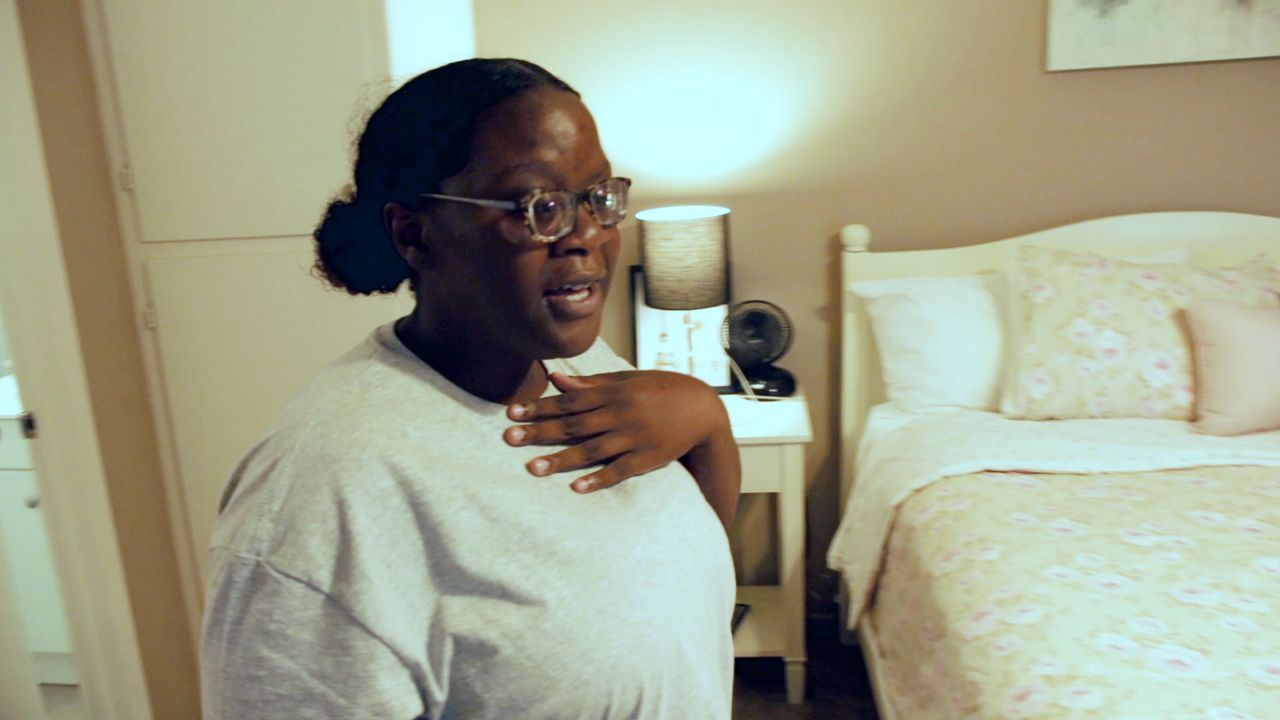 COMPTON, Calif.  – It can be exciting to hold the keys to an apartment that will soon turn into a safe place for someone to start their life. Looking inside, one might see potential and interior design ideas of the perfect couch or artwork to hang up.

But when moving into a private space wasn’t someone’s choice, but their only option, the cost of furnishing a home can be overwhelming.

Especially, for former foster youths like Shyanne Cruse, who at age 19 had almost no financial support from her family members she had been disconnected from.

“It just seemed like I was coming up on dead ends after dead ends trying to get where I needed to be. So, finally moving in here was very exciting also scary because my whole life I’ve lived in group homes,” Cruse said.

Cruse lost her mother when she was only one-year-old. She doesn’t remember much about her mother, but, wishes she did.

She spent the next eight years of her childhood living with her grandmother and her father who was in and out of the picture. During that time, Cruse said she was physically abused by her family members before she was entered into the foster care system for the first time.

By 14-years-old, she said her father had given up his parental rights before she was then entered into the foster care system for the remainder of her teen years.  It was an experience that took her away from the physical abuse but created new challenges in her life.

This is how she described how she felt living in a group home for all those years.

Now, at 19-years-old and nine months pregnant, she’s on her own. She managed to get her apartment but couldn’t afford to furnish it on her own.

“It was hard because I was eight months pregnant. I only had an air mattress and no refrigerator or anything. I had to figure out how to eat on a budget. I didn’t have much money when I moved in,” Cruse said.

That’s where Chy Roan-Santini, a former foster youth herself, and the nonprofit A Sense of Home came in to help create a feeling of home with returned and slightly damaged furnishings donated from stores.

Santini aged out of the foster care system herself and knows all too well what it meant to have a place feel like home. That’s why she’s paying it forward as a volunteer with the organization to help Cruse find stability in her new home.

“I just want her to feel at peace with her home and she’s expecting so I want it to be a place where she can come and bring her child and feel secure safe and happy,” Santini said.

About 35,000 foster youth “age-out” of the foster care system each year, according to A Sense of Home. These individuals are also considered the most at-risk of being homeless.

But through the nonprofit’s gathered donations, 99 percent of the recipients managed to maintain their housing. Now, the nonprofit is hoping Cruse will have the same result as they unveiled her newly furnished apartment with new couch, bedding, curtains, chairs, and everything else in between.

It’s a moment that sparked Cruse’s emotions and gave her hope for her new baby girl on the way.

“It’s definitely nothing I could have ever imagined. I knew that it would be nice but this just like took it to a whole another level,” Cruse said.

Cruse said this experience has minimized the fear for her future by making her feel hopeful and excited to bring her baby Jasmine to a world of love she wished she could have had.