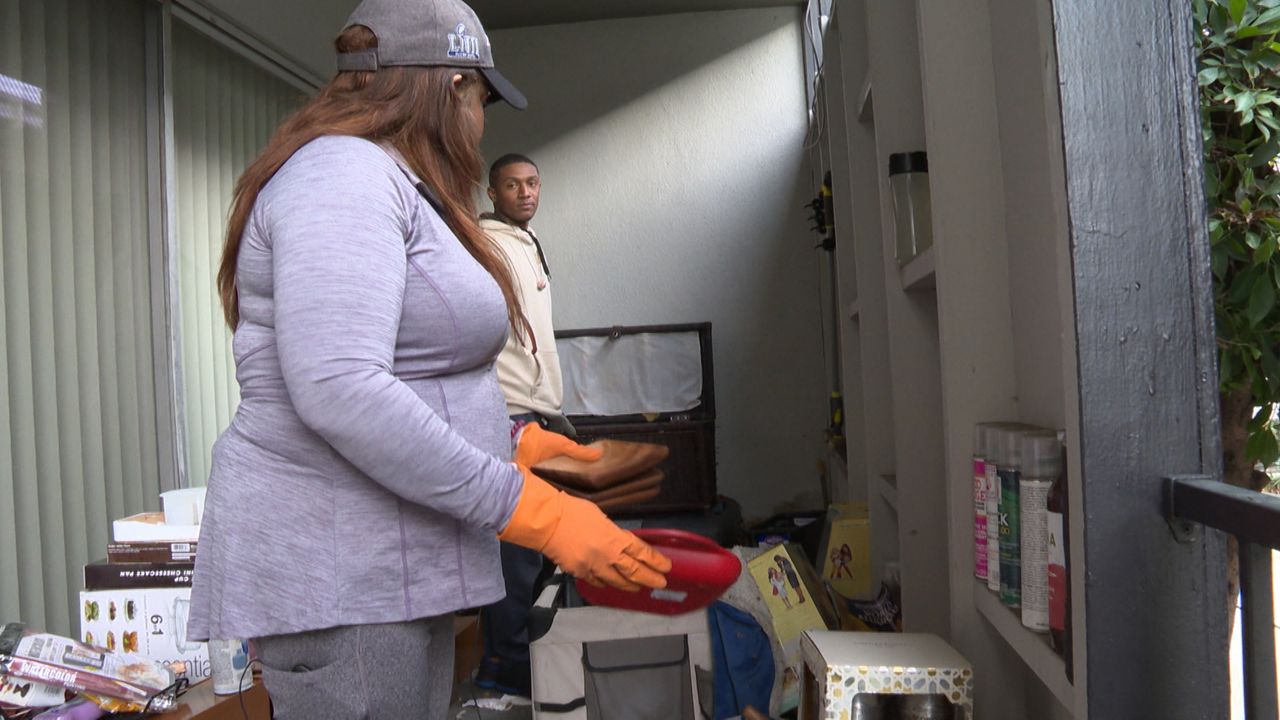 Kish Lewis lived in a two-bedroom Inglewood apartment with her son for three years before a rent hike of nearly $700 forced her to move out. She never thought that one day she wouldn’t be able to afford her rent.

Lewis said her son found mice in the home six months ago. They’ve been trying to self-manage the situation in fear of eviction.

But in the meantime, their landlord raised their rent from about $1,300 to just under $2,000 dollars for a 12-month lease. It would be another $300 if they chose to go month-to-month. Lewis said it has been difficult to find place they can afford.

“It’s been very discouraging. Very, you know, what’s the point? But I have to kick myself, otherwise and keep trying to, keep trying to fight it out. I don’t have a choice,” Lewis said.

Natalie Minev is an attorney with the Legal Aid Foundation of Los Angeles, a resource that provides free legal services for low-income individuals facing eviction, like Lewis.

As the cost of living continues to increase in Inglewood, residents like Lewis came together to create the Uplift Inglewood Coalition. Their goal is to bring rent stabilization for Inglewood’s residents.

“It’s not just about the NFL stadium, there’s also a proposed Clippers arena that’s being built. The Metro line is being built. This is a working-class community that’s for the most part had affordable rent, affordable housing costs and now that’s not the reality,” Jelani Hendrix with the Uplift Inglewood Coalition said.

Now, the city is asking residents with rent increases of over 25 percent to fill out a survey.

We reached out to Mayor James Butts about this topic, but he declined to comment on this issue.

When his executive assistant was asked what resources were available to renters, she referred to the California Apartment Association, a group that represents and provides resources for apartment building owners, developers and investors; not renters like Lewis.

“We need the city, want the city to take it serious. The displacement just like I’ve been saying. Can’t run around hooting and hollering about the development and these great expectations we have if the very people who are here won’t be around to appreciate it, work with it, work for it, or enjoy it,” Lewis said.

Minev said renters who are facing rent increases should get legal advice before taking the next step.

“There are some other nonprofits throughout the county that some provide some small amounts of rental assistance but it’s very difficult right now,” Minev said.

Lewis managed to avoid an eviction after settling with the landlord. But, she has to move out of her current apartment.

She was able to secure another apartment in Inglewood, but her new rent is almost as high, costing her over $1,800 a month. Her only hope now is to continue pushing for rent stabilization in the city so that other long-time residents don’t face the same hardship she was faced with.