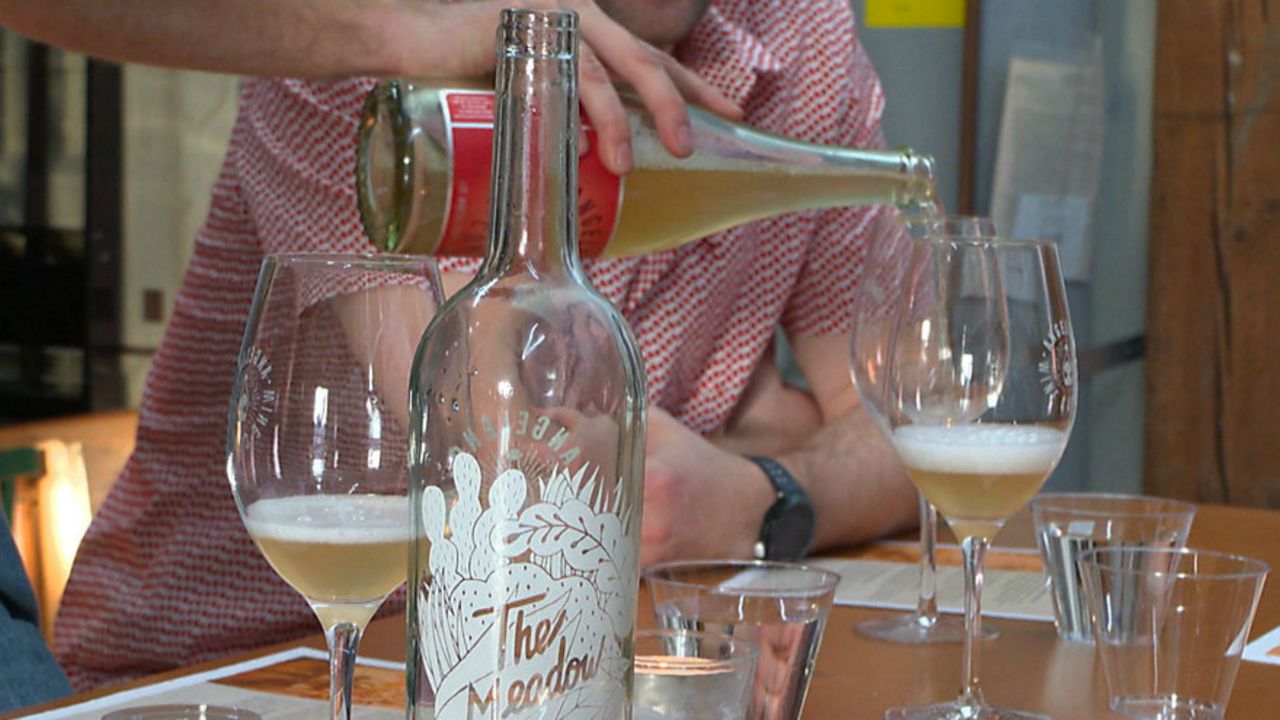 DTLA Winery is Bringing Wine Making Back to the City

"It’s glorious to have a glass of wine, but there’s a lot that goes into it that people don’t see and don’t understand," said Juan Alonso.

Alonso opened the vineyard in 1995 inspired by his father who grew grapes. The vines look bare now, but once the spring time hits, the plants will start to bloom and grapes will begin to grow.

"It is great to prove that we can grow some great wine around four million people," said Juan.

Downtown LA used to be full of vineyards instead of bustling streets. Now the city is home to the Angelino Wine Company, the newest winery in the city since the Prohibition. They use grapes from Juan’s vineyard to bring wine making back to Los Angeles.

"Back then when you thought of California wine on a label, they knew it came from LA. We were making all of that wine 3 years before Napa even had their first commercial winery," said Amy Luftig Viste, co-owner of Angeleno Wine Company.

Wine making actually began in 1833 in downtown. Jean Louis Vignes built a winery near where you will find Union Station today. It was here where most of the country's wine was made before heading up north.

Luftig Viste and co-owner Jasper Dickson wanted to bring the history back to where it all started.

"People think it is weird or odd or strange we are making wine in Los Angeles using Los Angeles fruit. It’s strange there isn’t more of us because there used to be," said Luftig Viste.

At the end of the day, Luftig Viste and Dickson want to make and serve good wine.

Angeleno Wine Company sells their wine in local shops around LA. For now, you can sign up for private tastings on their website until it opens to the public coming this Spring.