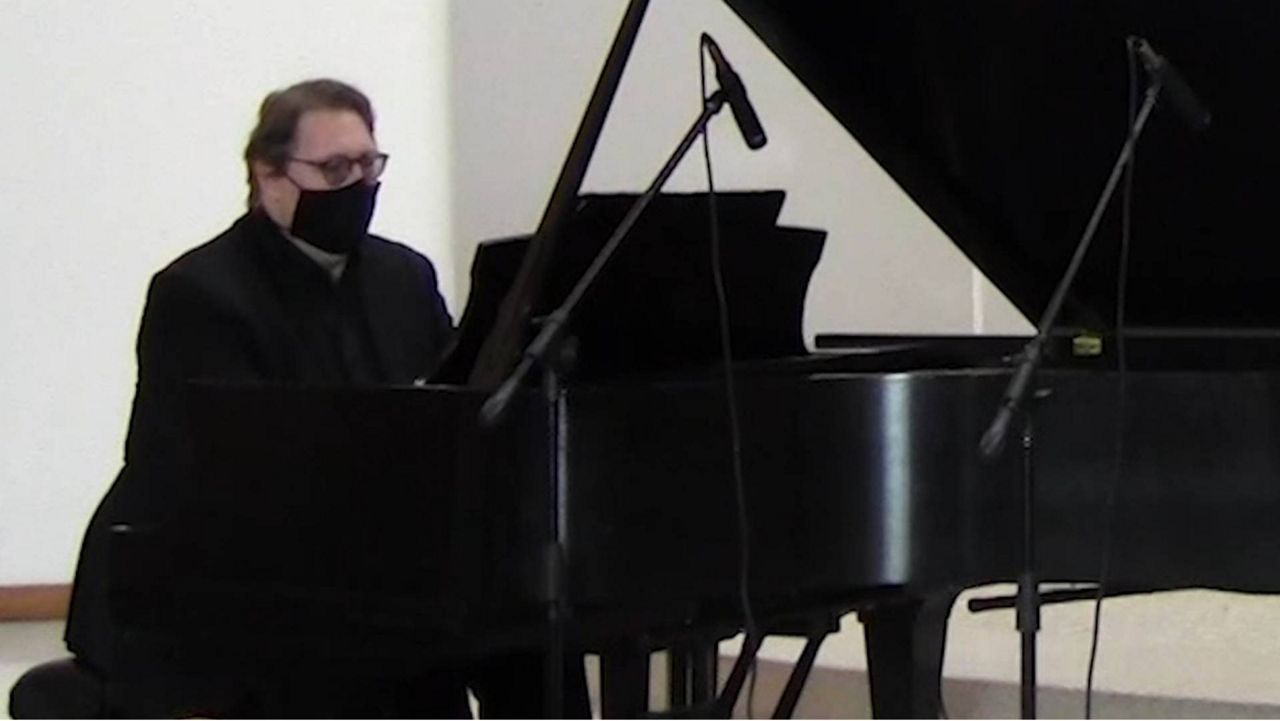 Ben Beckman is one of 20 composers commissioned to write an original art song expressing his feelings about the events of 2020. Beckman wrote "Thoughts Before Drowning," which is based on a text by poet Baylina Pu, for voice and piano.

"It's in response to climate change, but not in the traditional sort of call-to-action sense," said Beckman. "It's really a eulogy for all that has not been done to combat the onset of climate change and global warming.”

Beckman explained that it's difficult to describe the process of taking an idea like climate change and creating a work of art.

“Our job as composers is to sort of translate emotional content from one media to music," he said.

Like many artists in the age of COVID-19, Beckman said he found himself pushing the boundaries of what he could do, which led him to create a music video as a vehicle for presenting his song.

"A lot of [artists] have really expanded outside of our norms and our traditional modus operandi into thinking of ways that we can bring our arts forward some ways," said Beckman.

Composer Marcus Norris, whose song “Block Party” takes a more humorous approach to 2020, mixes many different musical influences. Part of what attracted Norris to the project was the commissioning process, which included a mentor.

"They were like, 'Hey, we're working on this project where we match you with mentors and you write a song,' and I was like, 'Yeah, I'll do it if I can work with Anthony Davis,'" said Norris.

Long Beach Opera premiered Davis’ Pulitzer Prize-winning opera The Central Park Five in 2019. Norris explained that, although 2020 has been a trying year for him, humor is healing.

"I wanted to make something that was like, 'This was fun,'" said Norris. "Sometimes you got to laugh through things."

At a time when live performance is on hold, and many artists are struggling, Beckman says he is inspired that artists are continuing to create.

“At least the art that we're creating is really unique, I think, to this time,” he said. “And a lot of people have stepped forward and are forced to step forward in ways that we wouldn't have otherwise.”

The 2020 Songbook is an important part of Long Beach Opera’s fundraising efforts, and although no one knows when live venues will reopen, Long Beach Opera has already announced an exciting 2021 season.