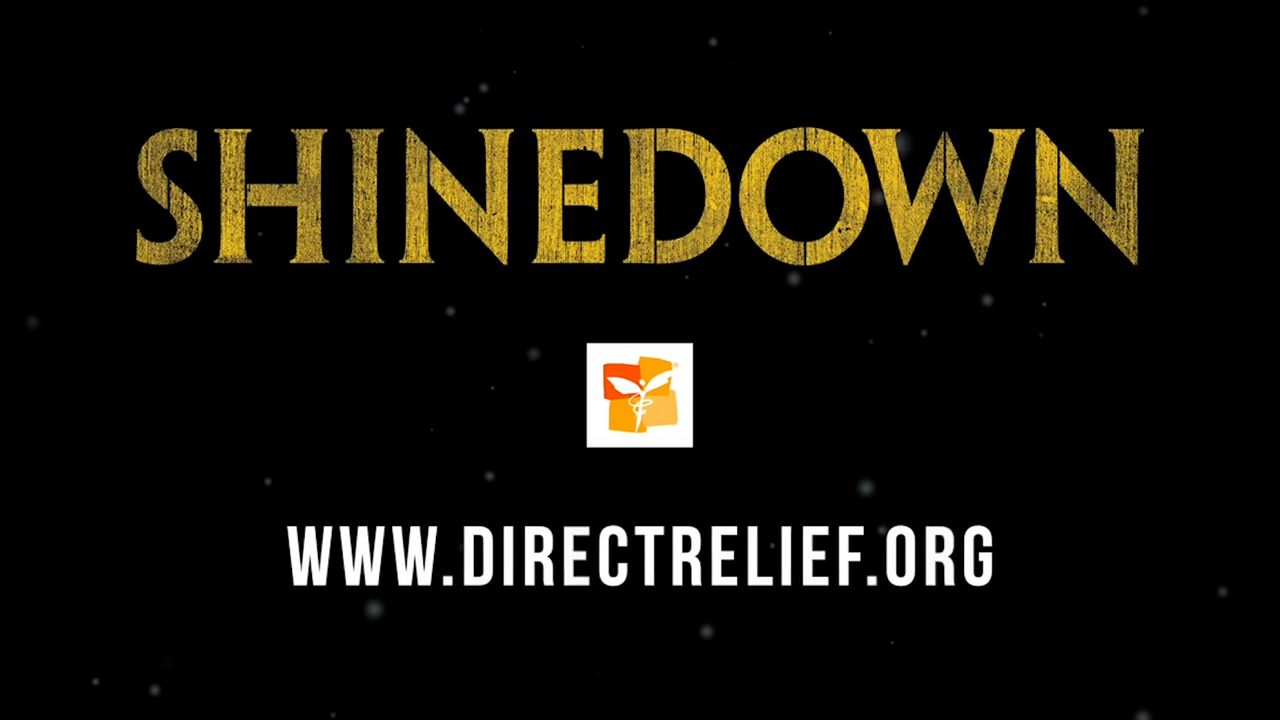 LOS ANGELES  – At a time like this, Brent Smith knows it’s easy to feel like we all have the weight of the world on our shoulders, because we do. And that reminded him all too well of a past song he and his band Shinedown made eight years ago that never made it onto an album, called "Atlas Falls."

“Atlas was the God of endurance. Zeus put the universe on his shoulders. The question was if Atlas falls what do we do, if he falls we have to hold the world up together,” Smith said.

As the pandemic worsened, the band knew they wanted to help.

So they used their strength, song, to raise money for a non-profit they partnered with, Direct Relief.

The organization supplies masks and critical equipment to first responders in crisis. Shinedown wanted a unique way to use their platform to get their fans to donate. So they created a t-shirt, and that never-before-heard song, "Atlas Falls" is available for download when you buy the shirt.

One hundred percent of the proceeds go to Direct Relief. While the money raised is important to Smith, so is the song’s message.

We need music & each other now more than ever! Download our never before heard song “Atlas Falls” w/the purchase of a special t-shirt. 100% of proceeds will go to @DirectRelief an organization providing equipment to doctors & nurses on the front lines: https://t.co/IwK3juL3KN pic.twitter.com/hFy5Fsd2V9

“Don’t give up now there’s already so much at stake,” he read the lyrics.

Shinedown has always been an advocate for mental health through songs, even band members admitting their own struggles. Smith says personal battles can be tested now more than ever.

“Obviously you’re going to get a high level of anxiety, there’s a lot of unknown,” he said.

We talked to licensed clinical psychologist Dr. Sheva Assar about the increase in mental health struggles right now. If ever there was a stigma of talking about loneliness, anxiety and isolation, that’s starting to fade away, at least for now.

“I think people feel more comfortable being more vulnerable about what they’re going through. In the past they felt like it was just them they might not be as comfortable to share those emotional experiences,” Dr. Assar said.

Just like the song "Atlas Falls" says, Dr. Assar hopes people take comfort and solace in knowing we are in this together.

Our new song is a reassuring anthem that if Atlas Falls, we will hold each other up... Let's do exactly that and let's carry each other all the way... 🙌 🌎 Go to shinedown.com to purchase our special t-shirt and download of #AtlasFalls. 100% of the proceeds benefit @directrelief who are helping healthcare professionals get the protective equipment they need to save lives. #MondayMotivation #RiseUp #StandTall #DirectRelief #Covid19 #GetUp #ComeTogether #Fundraiser #Optimism #HealthHeroes

“People more than ever are craving that human connection so they’re doing more community engagement, through social media, virtual platforms, altruistic acts because they’re really hungry for that,” she said.

And one way we can all come together is through song.

“Music is powerful, I’ve watched it cure many ailments and bring people together. Mentally you have to understand that we are going to get through this, you have to keep that mentality,” Smith said.

So he hopes you listen to "Atlas Falls" by way of donating, and helping our world.

Brent says together, we’re strong enough to carry the world.