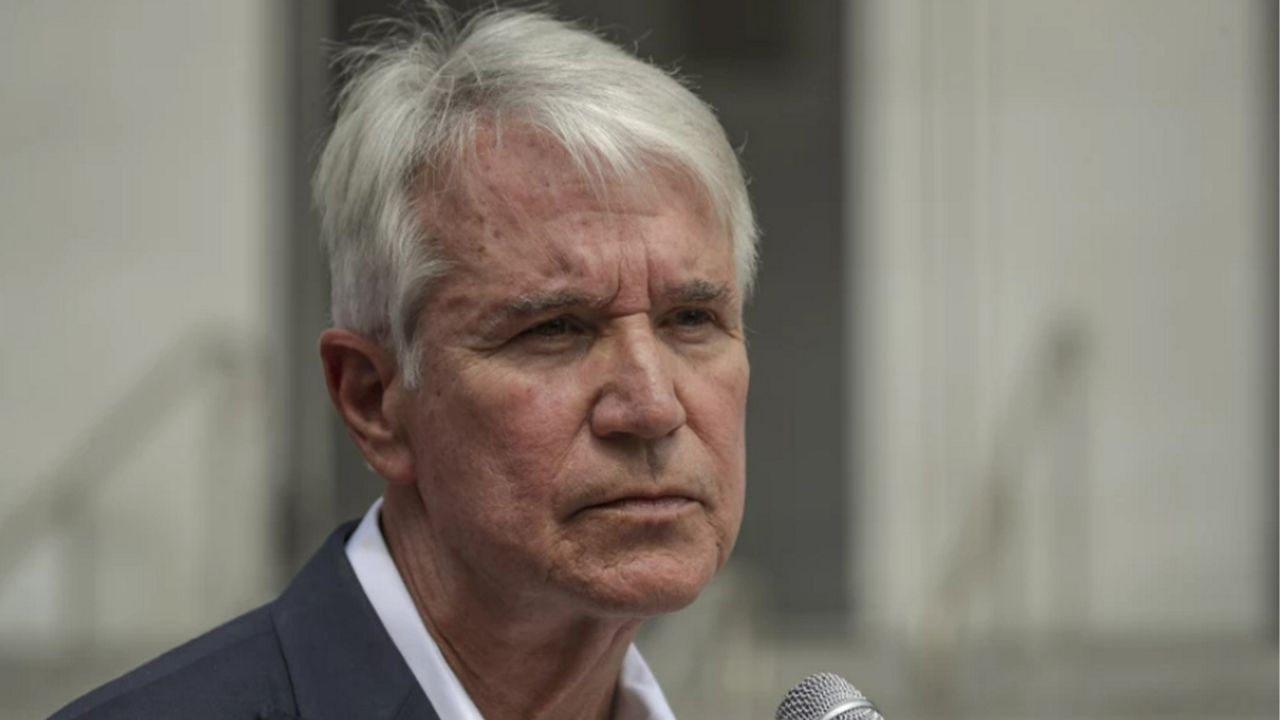 George Gascón wouldn’t compromise, until he did. Now, no one is happy

As President Joe Biden remarked in his State of the Union address, recent upticks in crime have American cities on edge. However, in 2020, after the murder of George Floyd, the focus was on stopping police abuse with a wave of progressive district attorneys nationwide promising criminal justice reform.

Los Angeles County District Attorney George Gascón swept into office at that moment but is now facing criticism from both progressives, who wanted reform, and those who say his new policies have gone too far.

In an interview for “LA Times Today,” District Attorney Gascón spoke with host Lisa McRee about his reforms, the recall effort against him, and his plans for the county.

There are many people who still support criminal justice reform, but there has been an uptick in violent crimes and murders over the last few months. From smash-and-grab robberies to follow-home robberies, there was a catch-and-release system that put criminals back on the streets to re-offend. Some people cast the blame on Gascón’s office.

“It’s important that we recognize that we’re having a problem nationwide. Violent crime, especially, has gone up in the last two years. The reality is that there are many factors that are impacting this," Gascón said. "We have public health crises and mental health crises. And there are many other things that are happening at the same time. I think that it’s important that we separate those and the impact that is having, from the efforts to bring the system to a more equitable and just approach, to the work. I think that often we hear, especially from those that are really vested in scaring people, that you cannot have health reform and safety. I would argue that, in fact, data and research supports that reform is good for safety."

The LA Times reported that the rates of reoffending in Los Angeles are very high. Gascón said the recidivism rate has been around 70% for the last two decades.

“In California, and I’m going to now separate us from the rest of the country, we spend about $6 billion a year in our prison system. Four percent of that goes to reentry and rehabilitation," he said. "If you look around the world, you look at places like Germany, you look at Scandinavian countries, in some cases, as much as 40 or 50% of their correctional budget goes to of rehabilitation and reentry. We are taking people that are mentally ill. We’re taking people who are severely traumatized, coming from a very inhumane system, and we give them $200. By the way, that’s how much money we used to give people in the early 1970s. We give you $200, and you’re dug-addicted or you’re mentally ill, and we send you to be back homeless in our community."

As District Attorney, Gascón instituted bans on life sentences in murder cases and trying juveniles as adults. But after he allowed 26-year-old Hannah Tubbs to plead guilty in juvenile court, she mocked the sentence and the victims. Gascón then reversed his policies.

That compromise, as the LA Times reported, left both his supporters and his detractors unhappy.

“It hasn’t been a reversal. My job and the job of the district attorney’s office to continue to evaluate the circumstances and ensure that we’re providing the greatest safety for our community possible. Laws have changed. We’re going to have a substantial number of young people that were prosecuted as juveniles but are coming back as adults for sentencing," he said. "The reality is that we still don’t have the places to deal with this problem. The county has failed to create an alternative to the definition of the juvenile justice system in the state. It’s going to be a case-by-case analysis. We have put together a very solid committee of people that have a great deal of knowledge and experience to evaluate each case. This is not a shift in policy. I still continue to say that kids do not belong in adult prisons."

A recent poll by the union that represents county prosecutors says that 80% of the 672 members cast ballots on whether to support recall efforts against Gascón. All but 12 voted in favor of the recall.

“It’s as important to recognize the work of prosecutors as it is the work of public defenders. It’s very ideological. And also, the people who came into criminal prosecution in the last two or three decades came in with the concept of what the work entails and also a concept of high levels of incarceration," he said. "We rewarded more trials; we rewarded the harshest punishment possible. Rehabilitation, reentry and a more nuanced approach, the work has not been part of the work as a whole. The association was very aggressively campaigning against me during my election. The week that I was sworn in, they were already talking about a recall. This has not been a shift in their thought process. This is a continuation of re-litigating the election."

The district attorney has become a talking point in the upcoming LA mayoral race. Both Rick Caruso and Joe Buscaino are now supporting his recall. Caruso, who did a fundraiser for Gascón at the beginning of Gascón’s 2020 campaign before switching his allegiance to Jackie Lacey, put $50,000 toward this latest recall effort. Gascón said Caruso has not spoken with him as to why he withdrew his support.

“We are going to continue to evaluate the ways that I do the work. I have 40 years in the business, and I have continued to evolve. The one thing that I am completely certain about is that the things that we were doing 20 or 30 years ago have not worked," he said. "I would argue and the data and the research show that has been a major contributing factor to the problems that we have today. Will I continue to evolve and evaluate the work? Of course, I will. That is my responsibility. But I refuse to go back to where we came from because it was not a good place."