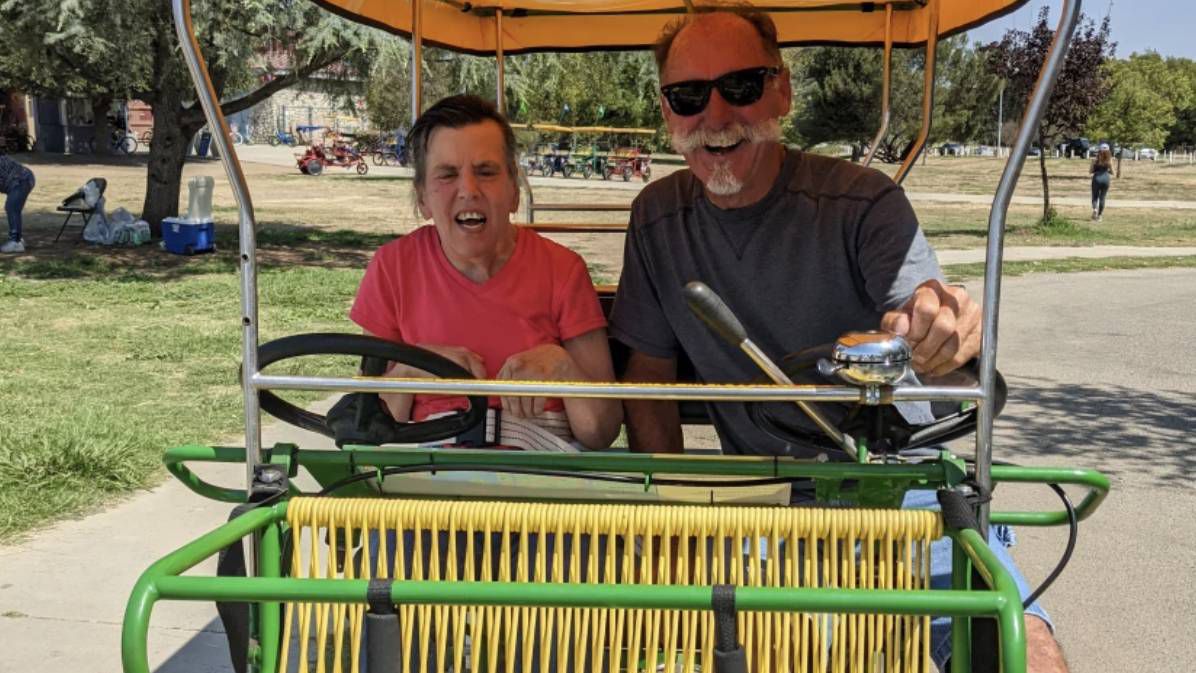 How a brother's obituary for his sister became an internet sensation

Summing up your feelings for a loved one in an obituary of 189 words is no easy task.

LA Times staff writer Daniel Miller was so moved by reading one brother's remembrance of his sister, that he retweeted the obituary and found the responses to be poignant and endless.


Erik Sydow wrote the obituary that went viral on Twitter, and it was titled “A Special Sister,” in honor of his sister Karen Ann Sydow.

“Karen was a remarkable person, that's according to her brother. She had cerebral palsy, grew up in West Hills and she had a happy life. Though she was impaired, she had a love for music and a love for McDonald's. There were weekly trips to local McDonald's where her favorite meal was a cheeseburger, fries and a coke. She had a loving family who supported her. Karen died at the age of 61 last month,” Miller said.

Even though the obituary was only 189 words, Miller believes it expressed universal themes of love that many people can relate to.

“Eric talked about simple things, and I think that might be what really resonated. He mentioned the three words that Karen could speak, which were mom, piano, and Donalds, which was a reference to McDonald's, your favorite restaurant," Miller said. "And I think that it was through these sorts of small details that people really connected with Karen's story and the brother who was writing the obituary.”

Miller’s wife was the one who showed him the obituary, and they both teared up. After he retweeted the essay, it went viral.

“I was just blown away. I took a picture of the obituary and I posted it on Twitter and instantly it blew up. Before long, there were thousands and thousands of likes, thousands, and thousands of retweets. Last I checked, there was something like 250,000 likes and something like 15 million people had seen the tweet, which meant that millions and millions of people had read this obituary. The response was just overwhelming,” Miller added.

The tweet has had over 2,000 replies, and people also shared their stories of personal pain and loss.

“That was really touching and really quite moving because these messages would pour in, not just on Twitter, but in my email box too," Miller said. "So, I heard from people who had family members who had cerebral palsy and wanted to tell me how much hearing Eric's remembrance of his sister moved them. I also heard from people who had lost a loved one, not from cerebral palsy, but people who were grieving, and they too were touched by Eric's words. As I said, there was just something universal about the way he conveyed his love for his sister. That is the bottom line, and that's why this traveled so far."

Due to all the replies, retweets and stories, Miller said he reached out to Eric to show the impact his essay had, and he learned more about Eric’s relationship with his sister Karen.

“I simply wanted to know as this tweet was becoming a phenomenon I wanted to know if Eric had any idea that this was occurring," Miller said. "I reached out to him, and he was stunned. He didn't know that this was occurring. It is safe to say he's not on social media, and he of course was so appreciative of all the kind words. I began sharing with him some of the comments. I just began reading from my phone, opened the Twitter app. I think that Eric, as Karen's brother, was a protector throughout her life, and they had suffered a loss earlier this year with the death of their mother and their father died in 2007. So really, it was down to Eric to provide for Karen. Of course, she had a support network, but Eric saw himself as the person who needed to look out for her. And it's a real responsibility, and I think that really colored their time together.

Along with meeting Miller and learning about the viral tweet, Eric told him about his last day with Karen.

“Eric shared some of this day in the obituary, and he also told me about it as well," Miller said. "They haven't been able to see that much of each other because of the pandemic. It was very difficult to visit Karen in the group home where she had lived, but things were getting back to normal, and Eric and Karen were able to go to a park with a lake where they can take a ride on a surrey cycle and have a picnic. And it was a bit of a return to normalcy for them, but it was also a time that came with some unexpected meaning because their mother had just died. Eric was obviously mourning and Karen made clear that she was too. She was able to say the word mom two times and shed a tear. And for Eric, I think this is a memory that he really holds on to now, a special time with his sister and something that he will always cherish."