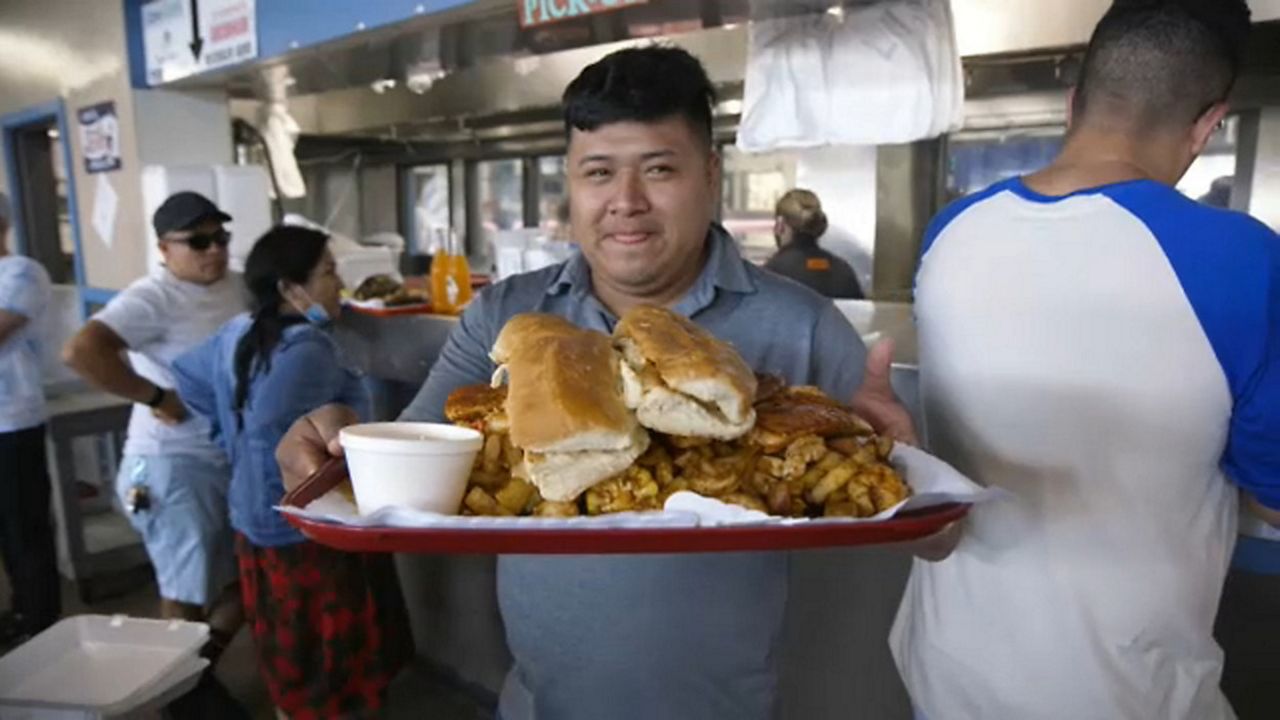 For 65 years, the San Pedro Fish Market has served up giant, made-to-order trays of seafood, becoming one of the top-grossing restaurants in the country. But the family-owned business has plans to move to a new location and, just like their famous seafood trays, they're thinking big.

CEO and owner Michael Ungaro said there are 3,000 seats at the restaurant, but more than 30,000 people visit every week. And, there are plenty of seafood dishes to choose from.

"Our guests can pick out any combination of seafood you want. We charge by the pound king crab, lobster, shrimp, scallops, you know, red snapper, swordfish. It's your choice. And anything you pick, we will cook for you. We recommend mixing it with our veggie mix, which is bell pepper, tomato, onions and red potatoes. We mix that with butter and then our signature recipe seasoning. We add a foot-long loaf of garlic bread, and you've got enough great seafood to feed your family," Ungaro said.

A family from Louisiana recently visited the San Pedro Fish Market and was impressed with what the restaurant had to offer.

"The food is unique. We do not have a restaurant like this in Baton Rouge and New Orleans. But, we will have one like this one day. This is the best,"  tourist Godfrey Sparrow said.

San Pedro Fish Market has been family-operated since 1956, and it was initially a 200 square-foot shop. Since then, the business has expanded and has served various generations of customers.

"In 1982, my family was able to strike a deal with the Port of LA to take over this location. I started to notice people were coming in and telling us they used to come here with their parents when they were kids, and now they come with their parents and their own kids. So, most of our customers are blue-collar workers here with their families; this is a blue-collar working harbor. You see the cranes, and you see the shipping containers coming in and getting unloaded. And that's goods and services for the entire country. And we are extremely blessed to be in the middle of all of that activity," Ungaro said.

With the help of social media, Ungaro said the San Pedro Fish Market has grown a lot faster.

"We've had double-digit sales growth since 2008 every single year. So we're at the point now where we have 3,000 seats. It's not enough space, and the freeways are getting clogged up, the roadways are getting clogged up, the parking lots over [fill] for people are driving 100 miles or more to visit us, and they're waiting in line two hours to get in the building. So we've been working on now with the port of Los Angeles and the LA city government to see where can we expand, rebuild and improve. And they were kind enough to work with us to offer us a 66-year term sheet with the same rent we have now. What's really exciting about what we're planning: This is going to be a three-level building with over 5,000 seats. The way that we're building it, and the way that we're going to design it, it's going to be the country's largest seafood attraction. We're using Studio McCormack, who built all the Cheesecake Factories, and Garner Holt, which does major attractions for Disney, Universal and many major hotels and resorts. So between the two of them, we're going to be able to bring something to the waterfront that has never been done before, and we are super excited about it."