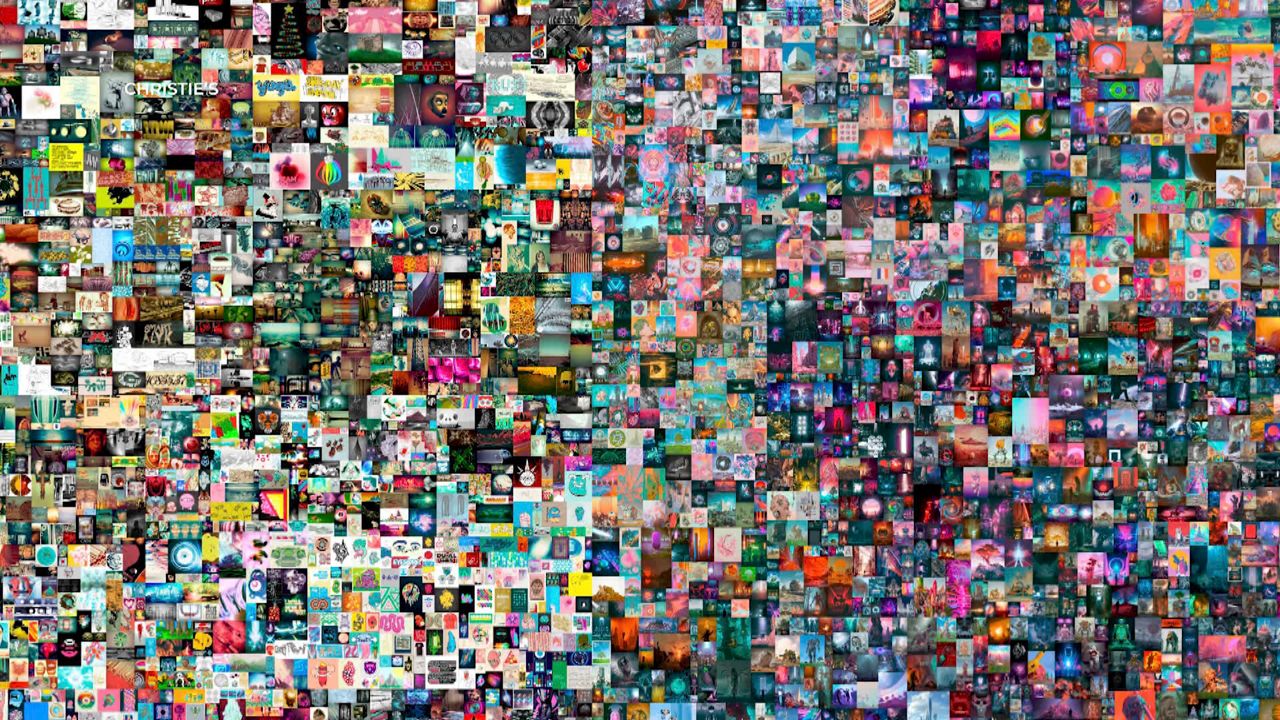 In recent months, artists have been cashing in on the NFT art craze.

As a result, some digital art has sold for millions of dollars. But what exactly is NFT, and how is it different from its cryptocurrency cousin Bitcoin? In an interview for "LA Times Today," business reporter Sam Dean joined host Lisa McRee to explain.

An NFT, which stands for a non-fungible token, is like a certificate of authenticity for an object, real or virtual.

The unique digital file is stored on a blockchain network, with any changes in ownership verified by a worldwide network and logged in public.

"You can have an NFT for the moon. You can have an NFT for a selfie you took yesterday," Dean added. "It came out of the need for visual artists to figure out how to make money off their art. It has always been a problem for physical art that anyone can hit control copy and control paste, and all of a sudden, there is another free copy of the same image. So, this is on a giant blockchain which is like a spreadsheet that proves who bought what. And it is a way of having a certificate of authenticity for a digital image that is otherwise reproducible."

A game called CryptoKitties has put this technology to use since 2017.

"That was the first attempt to really make this into a thing," said Dean. "It was very much just in the crypto world. People were able to buy these unique cat tokens that were similar to Pokémon. So, you had a unique thing, and you could trade it for $10 one day and $20 another day. But it ended up taking off because people thought it was fun, kind of like beanie babies back in the day. And fast-forward a couple of years, and it has blown up. And the question of why is because some people like buying things, and now they are sort of an investment because you can re-sell things for more money."

"He had things like his dental records, stuff from the first set of 'Star Trek,' and people paid a couple of bucks for each one of them. And they get to have proof that they have these types of collectible items. Since then, so much has taken off. The same people who did CryptoKitties started this NBA Top Shot, which has generated a ton of interest and a ton of sales. It is basically a highlight clip of, for example, LeBron James dunking, and that clip has the NFT attached to it that people can sell and re-sell as if it is a playing card."

One of the digital artists who has made a career out of NFTs is Mike Winkelmann, who goes by Beeple.

"He sold a painting that you could otherwise just copy and paste and make it a screensaver," Dean said. "People sold it as an NFT, and it sold for $69 million as a collectible item. The people paying for this do it for the possibility of getting more money for the same thing later; it is pure speculation. It is worth noting that some of the people who have paid the most for these things are themselves, huge holders of the cryptocurrency that is used to transact it."