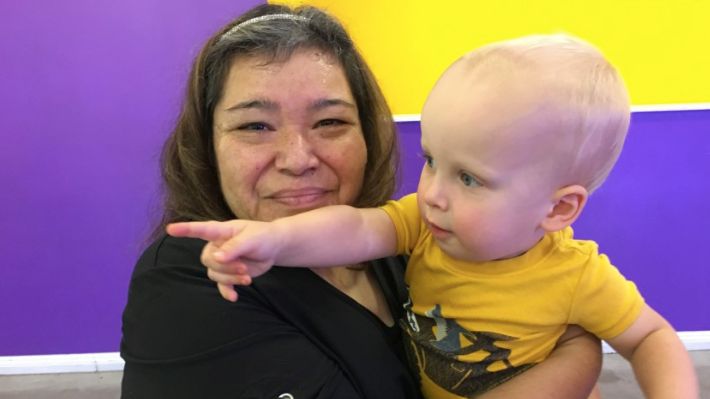 The COVID pandemic has stolen the lives of more than 300,000 Americans, a number so staggering that it is impossible to process the impact of each loss. As she reported each grim milestone, L.A. Times staff writer Hailey Branson-Potts admits she became almost numb to the daily horrors. And then, the new cases suddenly included names she knew.

Branson-Potts focuses primarily on a woman named Lisa Agredano, who played a big part in her family's life.

"Lisa Agredano was a good friend of ours. She was my son's daycare teacher, and she was the first person outside of our family who cared for our son. He was 6 months old when we took him there two years ago this week. She also became a babysitter for us since we have no family here in California. She and her son would come over for dinner, and we just got to be really close to her, and we lost her last week," Branson-Potts said.

When Agredano would babysit Branson-Pott's son, Charlie, she also brought her 15-year-old son Manny along.

My family lost a dear friend — the daycare teacher who first cared for my infant son — to COVID-19 this month. Miss Lisa left behind her own 15-year-old boy, who lost his grandpa to the virus days after his mom died. I got to write a little about them. https://t.co/0iDpk2NJJV

"She was a single mom, and she had babysat for years. As it turns out, she would bring him along with her because she wanted that time with him. She worked during the day and wanted him there with her during the night. Eventually, we started hanging out with them, and we got to go to one of his birthday parties; and he was great with my son. We just love them," Branson-Potts said.

Agredano got sick with COVID-19 in December and died less than a week after her diagnosis. In November, Branson-Potts also lost her grandfather to COVID-19.

"What I keep thinking about is that just a few days before we found out Lisa had become sick, I had actually spoken with her in person. She is one of the few people we did see every single day. You know, your circle becomes very small during this, and she came and gave me a hug over the loss of my grandpa. And then she was gone two weeks later. So, that is a moment I think about a lot," Branson-Potts said.

Along with his mother's death, Manny also lost his grandfather a short time after, but Branson-Potts said she has been checking in on him.

"He's such a good kid. I spoke with him the morning after his mom passed, and he was actually the one who told me. I could not even imagine what he was going through, but one thing that kind of blew me away was that he was doing OK and that his mom would want him to be happy. I sobbed when he said that because she would, that would be her only concern in the world, is that he is cared for and that he is happy," Branson-Potts said. "He said he is able to carry that with him. He is surrounded by a family that loves him, and he's got a really good support system. But it is tough. As a 15-year-old kid, he just lost the two people he lives with. He was very close to his grandfather, whose name was Manuel, and he was 83 years old. So, what do you say to a 15-year-old kid who just lost the two closest people to him? I know there is a lot of concern for him, but he's certainly getting support and a lot of love right now."