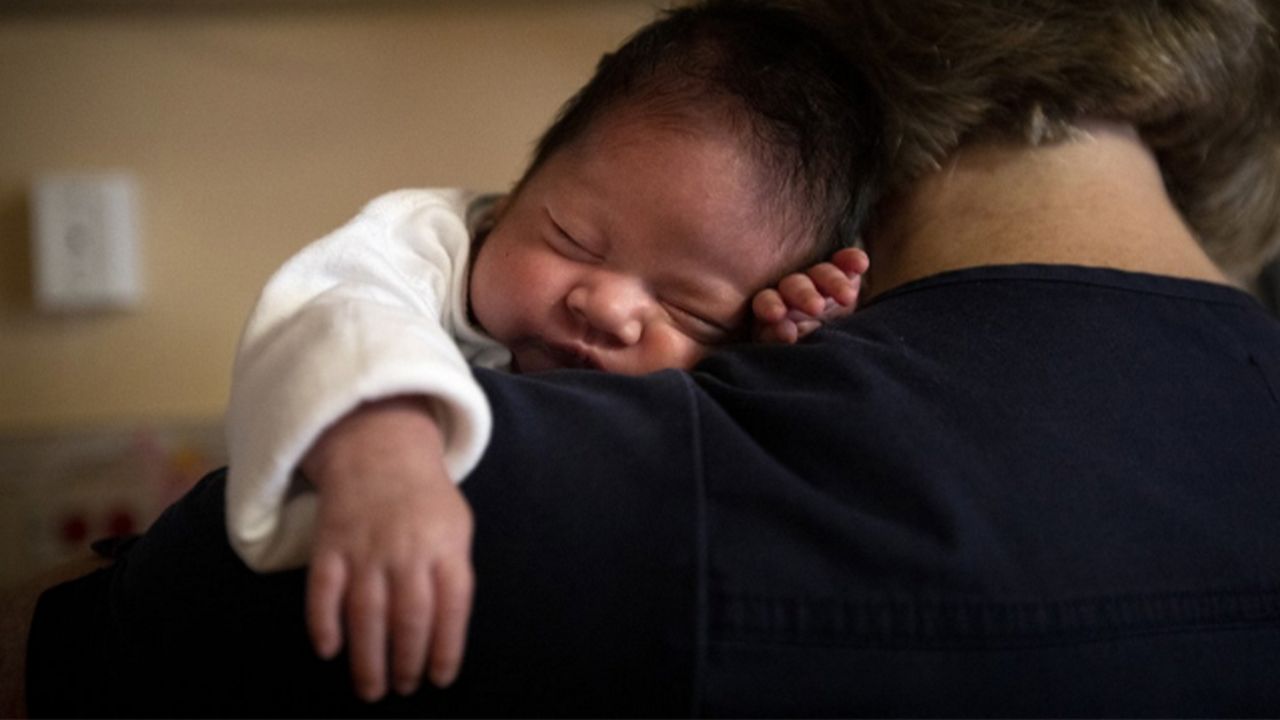 Since the pandemic began, Loma Linda University Medical Center has admitted 48 pregnant women with COVID-19. And while more than a quarter of those women needed some help breathing, two had to deliver their babies while in a medically induced coma. Los Angeles Times Staff Writer Maria La Ganga shared their stories.

There is so much we did not know about the novel coronavirus as more pregnant women became infected.

"The problem is that a lot of the initial research was done on older men because they were the ones getting more sick. So we don't know that much. However, a registry is being done between UC San Francisco and UCLA that has 1300 pregnant women who have joined who are in different stages of their pregnancy. So we can hopefully learn more about what happens to babies at different developmental phases when their moms get COVID," said La Ganga.

"Blanca is incredible; she has two little boys and lives in Adelanto. One of her sons is autistic, and they are doing remote learning, which has been a challenge itself. Then she got sick, couldn't breathe, raised to the hospital, and eventually tested positive for COVID-19. She had to be put on a ventilator, and she and the baby started having difficulties. There was no time to get her from the ICU to the operating room. So she ended up getting an emergency cesarean section while in a medically induced coma. She was only 28 weeks pregnant, and the baby was born at two and a half pounds," added La Ganga.


Rodriguez met her daughter, Jade, eight days after she woke up from the coma, and luckily the baby was not infected with COVID.

"It seems to be an unusual occurrence when babies become infected, and we do not know how they get infected. We don't know if they're infected during birth, in the womb, or shortly thereafter. So, Jade had to be intubated herself, was fed by a feeding tube, and both mom and baby have a long road to recovery," said La Ganga.

La Ganga also met another woman named Monica Ramirez, who had a similar story to Rodriguez.

"Monica got COVID, she started to have difficulty breathing, and she drove herself to Loma Linda University Medical Center from her home in Corona. They intubated her, put her in a medically induced coma, and was in a coma for about 20 days. When she was in a coma, they did an emergency cesarean section, and she gave birth to her daughter Emiliana who was a little over three pounds," added La Ganga.

Of the 48 pregnant women admitted to Loma Linda University Medical Center with COVID-19, 45 are Latina.

"What we have seen is that Latinas and Latinos tend to be getting sick more often than white women and white men. The rate of sick and pregnant Latina moms at Loma Linda University Medical Center is a higher rate than the general population," said La Ganga.

In emergency departments and ICUs, doctors use so-called "early warning scores" to predict the course of illness.

"Research for "early warning scores" was done using mostly data from men. A pregnant woman who had COVID would probably not even score positive on that score for being very sick. So, the doctors at Loma Linda University Medical Center have created an "early warning score" for pregnant women, and they hope to use it to help care for their patients in the future," added La Ganga.

Of the 48 pregnant women who have been admitted to Loma Linda University Medical Center with COVID-19, 45 are Latina. @marialaganga with a dispatch from San Bernardino County: https://t.co/7eQFLpf6O0