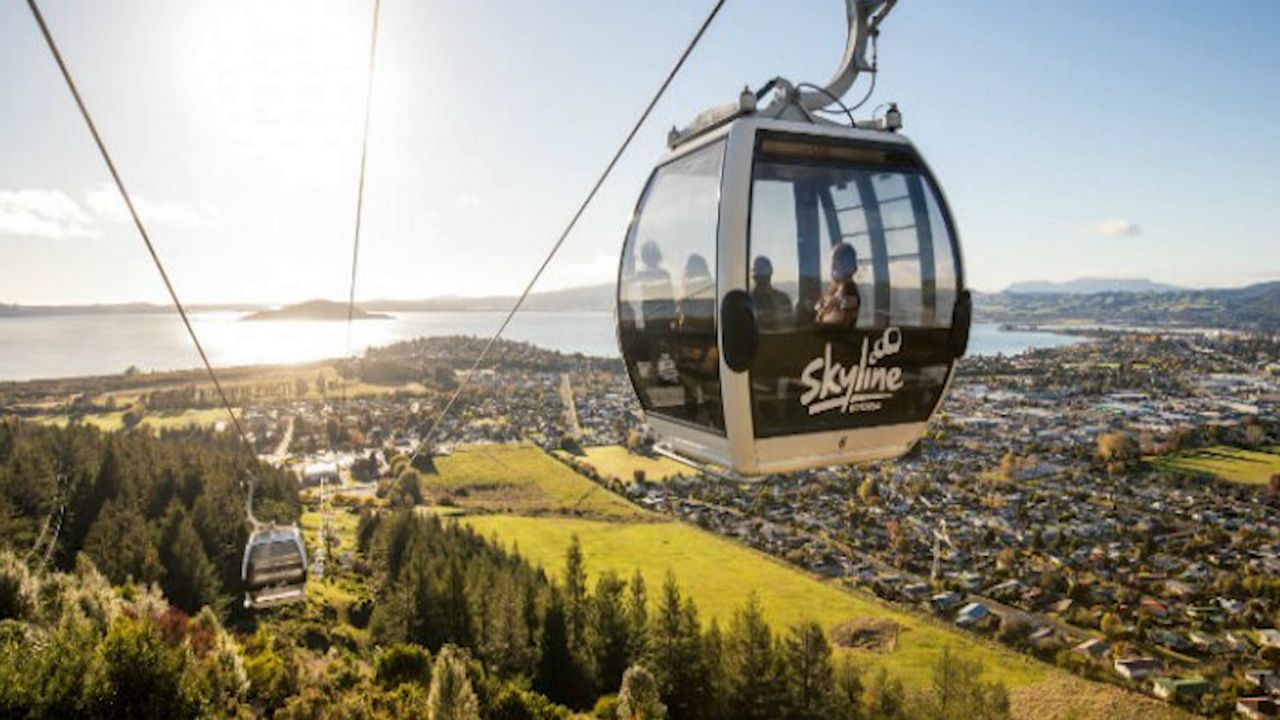 A proposal to have an aerial tram whisk people in and out of Griffith Park is facing opposition from 20 community groups.

For many years, residents have complained about heavy traffic from visitors to Griffith Park. Now, a proposed aerial tram to whisk people in and out of the park has come up as a possible solution.

The proposal, however, is facing a lot of opposition. LA Times Intern Megan Calfas has written about trying to keep the idea from getting off the ground.

More than 20 community groups no longer support the project and have raised concerns over its effects on transportation, access, and the environment.

"This proposal itself is currently outlined to be one of four different proposed routes. Each route is about 2.5 miles of gondola time, time in the sky. It would take about 6 to 13 minutes to get up to a proposed viewing platform near the Hollywood sign. The current cost of this proposal is not entirely locked down. The opposition group, Friends of Griffith Park, has estimated that the cost will be around $50 million to $70 million per mile of the aerial tram. So, that would add up to somewhere between $120 million to $200 million for the entire system," said Calfas.

There have been long-existing issues around Griffith Park, and the idea of an aerial tram was just one of 29 potential solutions in a report called the Dixon Report, which came out in 2018.

"There are a lot of different ideas as well, including having an electric shuttle that could help take tourists around Griffith Park and get them close to the Hollywood Sign. Along with that, there are other ideas like creating a second Hollywood Sign to serve as a different photo opportunity elsewhere," added Calfas.

The gondolas would have to have towers built on sensitive terrain for the flora and fauna of Griffith Park.

"These towers are the root of the problem. Environmentalists see why this aerial tram could be so damaging to the environment. These towers would negatively affect the environment for some endangered species as well. There are also some species of lizards and some plant species that might not be able to survive in Griffith Park with the proposed placement of some of these towers," said Calfas.

One of the other problems with the proposed aerial tram is accessibility because they will not connect to public transportation.

"This is a huge reason why there has been so much opposition against the proposal recently. Opponents to the proposal say this will not decrease traffic at all. People will still have to get themselves to the park to then get on to the aerial tram system, and they'll have to park their car somewhere along the way," added Calfas.

District City Councilman David Ryu commissioned the 2018 Dixon Report, but he no longer supports the project.

"His opposition to the proposal is pretty new. He recently came out because he no longer supports the aerial tram proposal. The funding was committed to the study earlier on before these routes were released and showed that they wouldn't be connected to public transit. I think it sounds like councilman Ryu's office, and some of the local community members who at one point supported the proposal were surprised by the details that came out in the planning and no longer supported it with the specific vision that's coming to head," said Calfas.

However, one gondola plan that people still do support will go from Union Station to Dodger's Stadium.

"This is a study that is receiving far less criticism, in large part do to the fact that it does connect so well into the public transit lines. L.A. Metro is very involved in completing this proposal, and they are overseeing the process right now with the group that has proposed this aerial tram over by Dodger Stadium. This tram will take about 25% of cars out of the street. That is up to about 3,000 cars on game days near Dodger Stadium. It will cost about $300 million to complete the project, but much of that funding will be provided privately. It is aiming to be completed by the 2028 Olympic Games in Los Angeles," added Calfas.