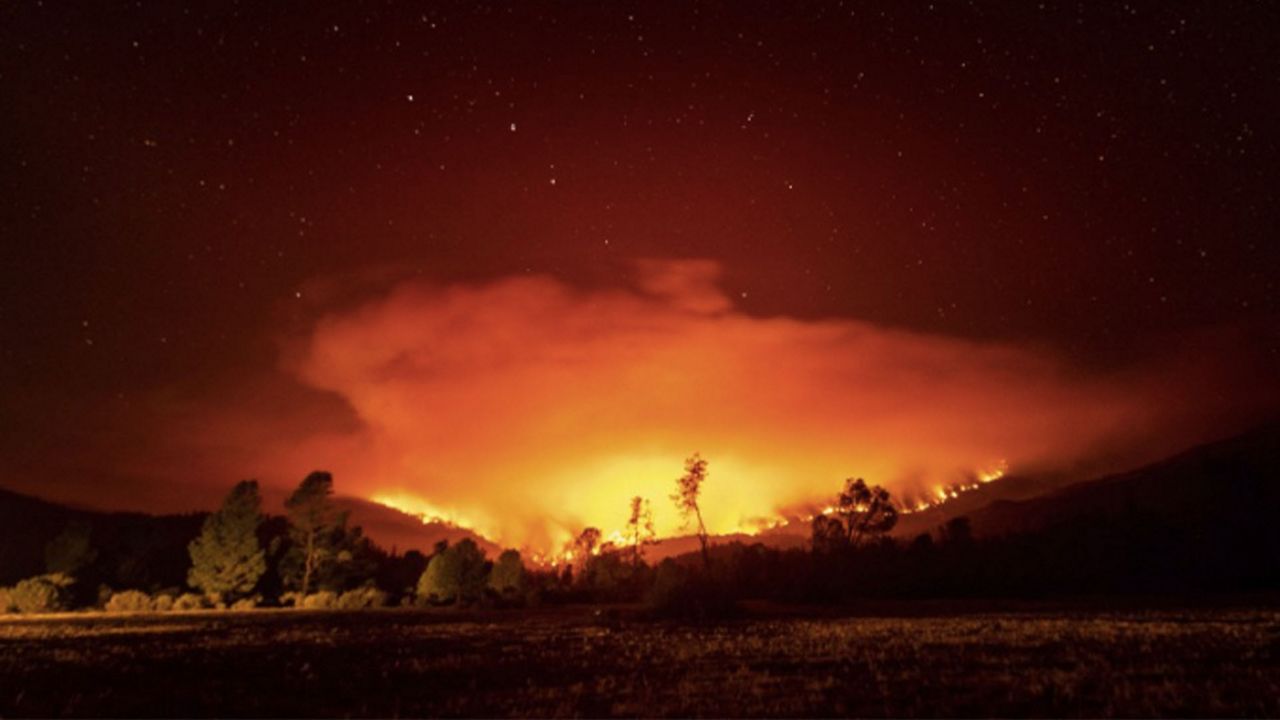 California’s fire season reached a staggering new record as the August Complex fire—the largest wildfire in the state's history—achieved “gigafire” status, burning more than one million acres and counting. Los Angeles Times Staff Writer Hayley Smith joined us to explain what this means for California and why experts call it a “wake-up call.”

The word “gigafire” has been used before, but this is California’s first time reaching that designation.

More than 4.2 million acres have already burned in California this year, and the fire season is far from over. The previous record was 1.8 million acres in 2018. Therefore, the state has far surpassed the record of acres burned this year.

“The August Complex fire, which is that gigafire, actually began as a series of around 37 fires, which eventually morphed into one big blaze. So, when you have smaller fires that are connecting and merging, that’s how they become complex,” added Smith. Firefighters were surprised at how quickly the fires moved, how much they changed direction, and how hot they got.

While the August Complex fire has burned millions of acres, there have been many structural damages, and lives have been lost. “We’ve seen the deaths of a few firefighters that have been trying to combat these fires. We have also seen so many homes and structures burned in Napa. We’ve seen wineries and vineyards burn. In fact, the smoke and the damage in the wine country region have been so harmful that some wineries are saying they’re not going to make a 2020 vintage because the grapes are ruined," said Smith.

“He’s not wrong in the sense that forest management or what he calls 'raking' or 'cleaning' the forests can help maintain forest health and can take away some of that dry vegetation that’s fueling these fires. But what he neglected to mention is that almost 60 percent of California’s forest land is federal, including where the August-Complex fire is burning, that’s between three national forests in Northern California. And the Bobcat Fire here in Southern California is within Angeles National Forest," said Smith.

"That’s not to say that California has no responsibility for it; obviously, we need to be aware of what’s going on in our backyard. But, I do think we need to figure out a way to work much more closely with the federal government to prevent these kinds of things from happening and prepare ourselves better in the future."