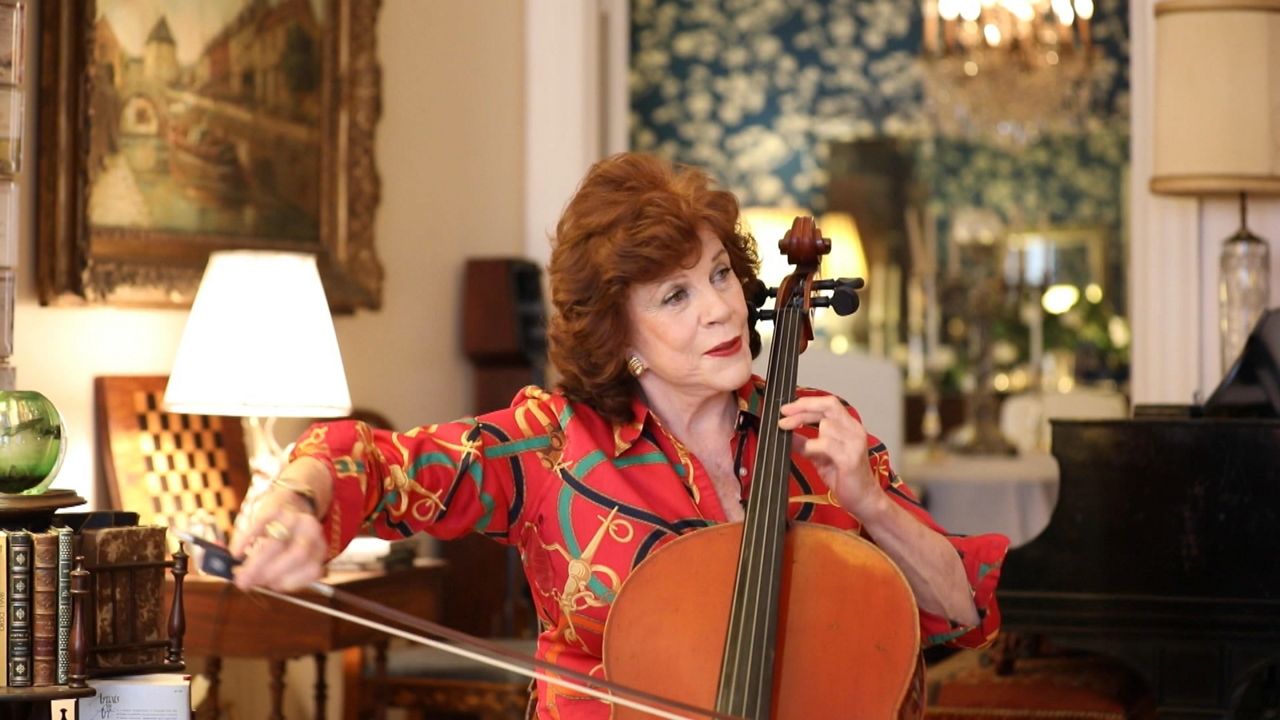 Master cellist Christine Walevska cherished a custom-made Bernardel cello from her father until it was mysteriously stolen. Nearly 40 years later, the priceless instrument was found with a twist no one saw coming.

Mystery of the Stolen Cello and Its Surprise Ending

EL SEGUNDO, Calif. — Two centuries ago, a custom-made cello was created for the daughter of a French aristocrat.

The rare, one-of-a-kind instrument made its way to a young cellist until it was mysteriously stolen. Then, nearly 40 years later, the priceless instrument was found, with a twist no one saw coming. LA Times staff writer Stacy Perman chronicled the cello’s remarkable journey.


“It was one of those little gems hidden in a stone," said Perman. "I was talking to an LAPD detective, who was head of the art theft detail of the LAPD, the only cop in America dedicated to art crimes. And he told me about this stolen cello. I was living in New York at the time but was visiting Los Angeles, which is where I am from, and the detective told me about the stolen rare one-eighth-size Bernardel cello that was owned by this master cellist named Christine Waleska, who lived in New York."

Perman was able to connect with Waleska, who told her the story of the stolen cello

Waleska grew up in L.A. and her father Hermann Walecki was a well-known dealer of rare and fine instruments. He set up his shop in 1937, which was a very interesting time in L.A. and the Golden Age of classical music. Walecki's shop would serve his community of students and professionals.

When she was seven years old, Waleski started playing the violin. Her mother was teaching her, which was going pretty badly. A year later, however, a French dealer presented her father with a rare, Bernardel, one-eighth-sized cello. It was made by a master in 1834 and it had a French label on it.

When Waleski's father passed away, he left the store to Christine’s brother. They placed the cello on display in the store, and Christine’s father once told her that he hoped she would pass the cello down to her own daughter and future generations. By the time her brother took over the store, he turned it into a guitar shop because he was not a fan of classical music — but he still had the cello placed on display.


“One day in 1976, these two men walk into the store and asked him what the most valuable item was," said Perman. "Without thinking, he pointed to the cello and a guitar, and that night, someone or a group of people broke into the store, and the cello and guitar were missing, and they were gone for 40 years."

They tried to track it down. They sent fliers to musical instrument dealers, and nothing came up. Finally, a little girl named Starla Breshears from northern California ended up with it and leased it from a dealer, so that she didn’t have to play a cheap, imported little cello.

It would seem the fathers — both Starla's and Waleski's — understood the importance this rare instrument held to their daughters. “I think that’s an interesting parallel in this story, is that both of the fathers understood the importance of having a fine instrument from the start," said Perman. "And both of them fell in love with this instrument, decades apart in two different cities."

Walevska was able to meet Starla in person. One day, Starla hopes to share the stage with Christine.