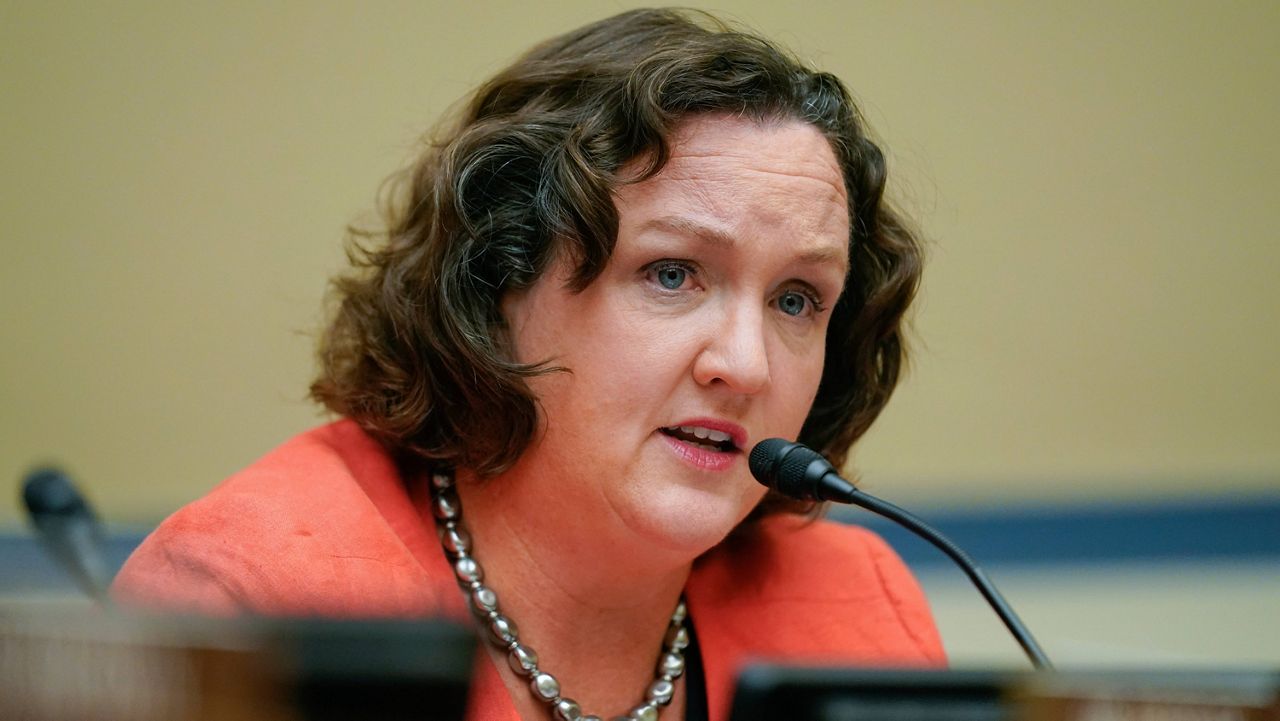 She also has a penchant for using props, most notably a white board. These are all part of Porter’s strategy to help inform the public.

Porter sat down with "Inside the Issues" host Alex Cohen to discuss the need for legislation to prevent gun violence and hold gun manufacturers accountable for their roles in mass shootings and other gun-related deaths.

At a congressional hearing, Porter questioned the CEO of Sturm, Ruger & Co., Inc. over the lack of safety mechanisms put in place on the guns they manufacture. She highlighted how iPhones have more safety protocols than semiautomatic weapons.

“This technology we’re talking about with fingerprint scanning not only has been used on devices, everyday devices like our phone, but does exist and is used in some weapons. There’s been research showing that this will help make sure that guns don’t fall into the hands of people other than their lawful users."

Despite fingerprint technology existing for guns, Porter says the reason the technology isn’t widely used comes down to cost.

“The real response to this is they simply don’t want to do it. Let’s be clear, it is often cheaper and easier to keep making the same product than make an improved product."

Porter compared the response from gun manufacturers to safety regulations to that of car manufacturers during the implementing seatbelts and airbags. She remembers people being upset that they didn’t want to wear seatbelts and believed it would not be safer.

“We have saved hundreds of thousands of lives," she said. "We have the exact same capacity to do that with regard to firearms."

Porter says the gun lobby has had legislation written so that safety regulations don’t apply to gun manufacturers.

“My job is to think about the public’s best interest, not the bottom line of a particular manufacturer. And I can’t think of any duty more important than my responsibility to think about how we can keep everybody safe in their communities."

Though some people might feel like very little progress has been made in implementing gun safety measures, Porter highlighted that Congress has recently passed a law that will raise the age for people to purchase guns to 21 and a regulation that bans high-capacity magazines.

“Americans, whether they’re gun owners or not, want to be safe; they care about public safety. They want to be safe in their schools and their places of worship. And that means we need to have common sense gun violence prevention strategies that work."