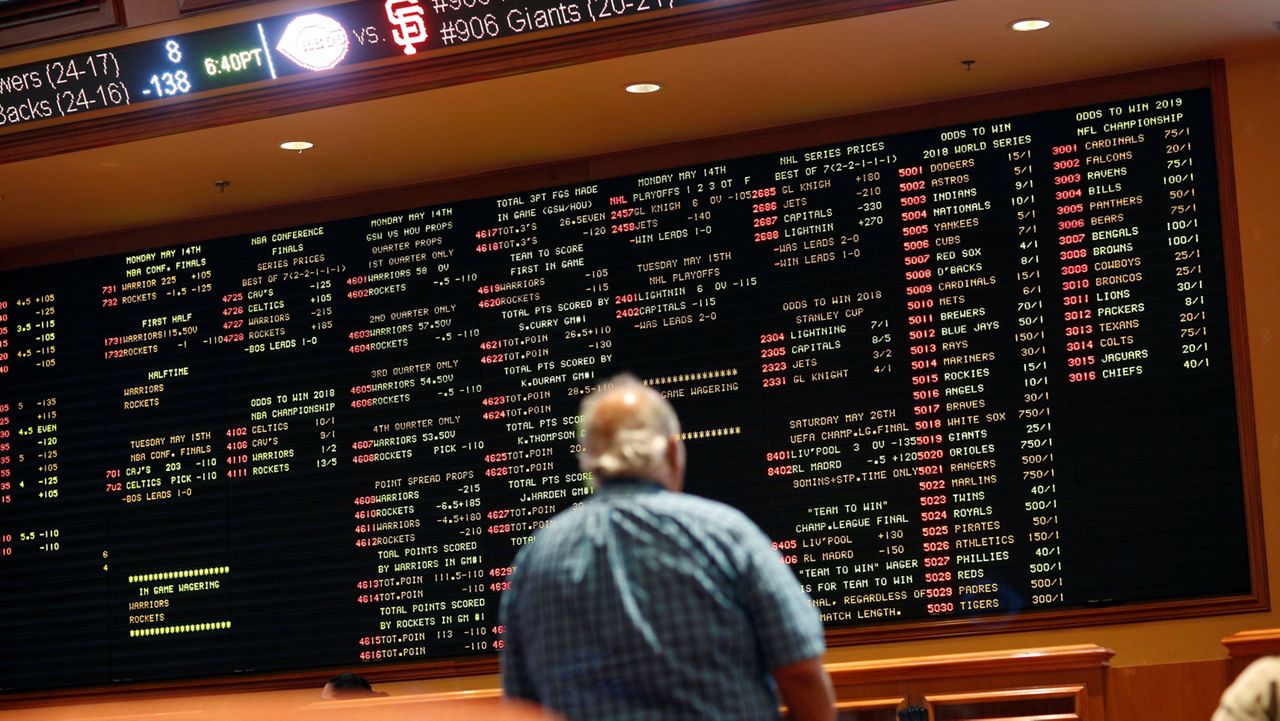 This fall, California has two sports betting initiatives on the ballot and campaigns for and against are spending massive amounts to sway voters.

So far, spending on Propositions 26 and 27 has surpassed $357 million, setting a record as the most expensive campaign in California’s history.

“Inside the Issues” host Alex Cohen spoke with LA Times editorial writer Laurel Rosenhall about the two measures and who’s backing them.

Proposition 26 would allow in-person gambling at casinos and racetracks and would let tribes add new games like roulette and craps to their facilities. Customers could also place bets once they are inside the casino.

“Prop 26 is backed by some of the large tribes that already run casinos and have large operations in California. And they are looking to add more types of gambling to their existing facilities,” Rosenhall explained.

Large tribes have already spent $100 million to support the measure. However, card rooms in California are opposed because of a provision in the initiative that could make it easier for them to be sued.

The second sports betting measure on the ballot, Proposition 27, would allow bets to be placed online, via computers or mobile phone apps, as long as tribes or companies partnered with them run the betting.

“Prop 27 is backed entirely by the major sports betting companies, companies like DraftKings and FanDuel and similar businesses that operate sports betting,” Rosenhall said. “These companies want to get in on the action in California because obviously we're a big state and it would be an opportunity to make a lot of money.”

Sports betting companies have thrown $150 million behind the push to pass Prop 27, while large tribes in California have spent $66 million to oppose the initiative. Supporters say the prop would generate hundreds of millions in tax revenue that would go toward addressing homelessness and mental health issues across the state.

“It's really become a process that's become very much owned, controlled and manipulated by the very same special interests that it was meant to circumvent,” Rosenhall argued. “I think we've seen that in numerous instances on the California ballot, and that's certainly what's happening with these gambling initiatives as well.”