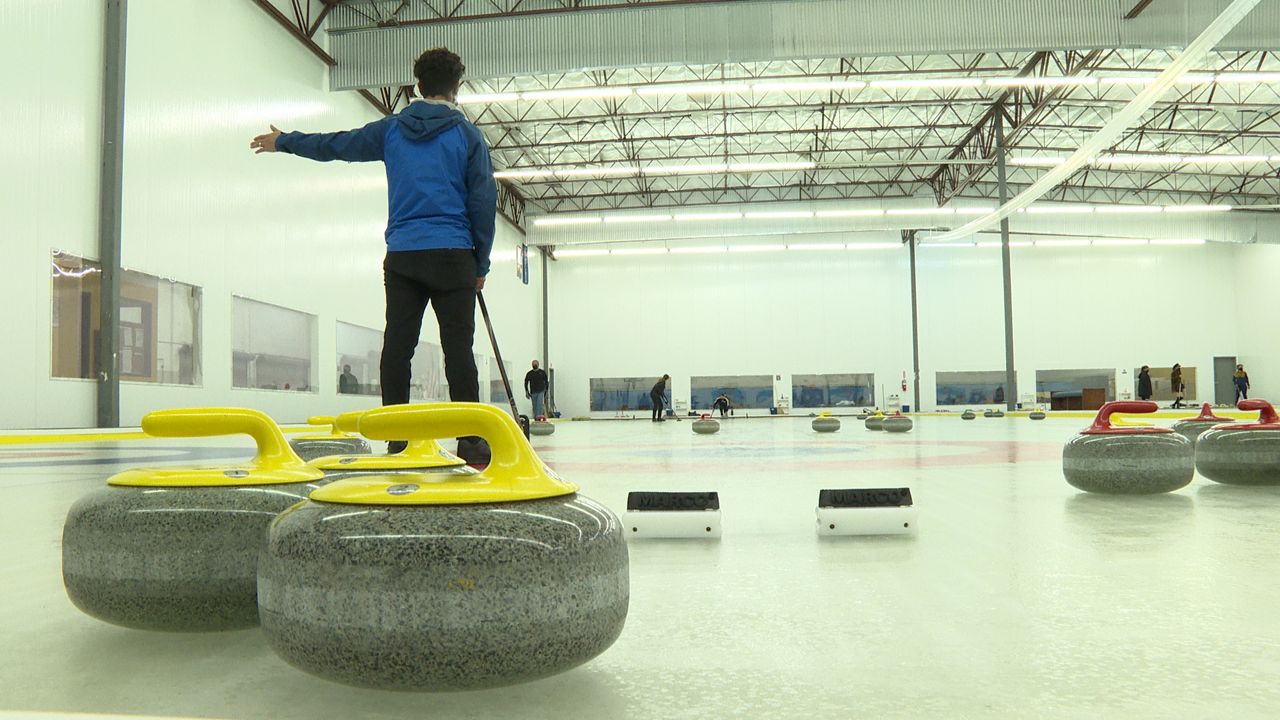 The Southern California Curling Center in Vernon is the first facility in the state dedicated to the sport. (Spectrum News 1/Ariel Wesler)

They call it the Olympic rush.

“You’ll see a big bump every four years and then kind of flat, and our goal is to kind of capitalize on that,” said Peter Dohm, co-founder of the Southern California Curling Center.


Located in Vernon near downtown Los Angeles, the 40,000-square-foot facility finally opened in July — about a year later than planned because of the COVID-19 pandemic. The former beauty supply warehouse was transformed into a house of ice.

“It was floor to ceiling racks of shampoos, conditioners, body washes,” Dohm said.

Before it opened, anyone who wanted to curl had to share space at an ice rink, often late at night.

“They used to do the broom ball shift, if you will. They would get the bad times, and it’s hard to retain people that way,” Dohm said. “Ice rinks are not great for curling. It’s the equivalent of going on to a putting green that’s really lumpy...and it’s not predictable.”

Curling instructor and player Ken Dethloff grew up in Wisconsin around snow and ice but ironically learned to curl in California. Twelve years ago, a friend invited him to give it a try, and he was hooked.

“Everybody sees it on TV. They want to try it out. They’re like, ‘That looks like so much fun. That looks so easy,’” Dethloff said.

The concept of curling is fairly simple: Take a 42-pound curling stone as closer to the center of the circle as possible. But in reality, there’s a lot more to it. The experts call it “chess on ice” because of all the strategy involved.

“We can come in and teach you in the first hour how to throw a stone, but you’ll spend your whole lifetime perfecting it,” Dohm said.

The center offers year round “Learn to Curl” classes for $30. Brandon Ducharm brought his family to try it out.

“Honestly, I’ve always watched it on the Olympics, and I really just wanted to do it,” Ducharm said.

“We get you out on the ice with an instructor and a group of people for 90 minutes. We get you the equipment. We get you everything,” Dohm said.


And as for all that furious sweeping, Dethloff explains it has a purpose.

“Sweeping will actually cause the stones to go straighter and further,” Dethloff said.

In some cases, that can add up to an additional 10 to 20 feet. Rotating the stone is what helps it curl left or right. And while it all may look a little quirky, Ducharm said, “It’s kinda like shuffle board but life size.”

Players say the curling community is a welcoming and friendly one, now in a new home just a stone’s throw away.

CORRECTION: An earlier version of this story misspelled Brandon Ducharm. This has been updated. (Feb. 10, 2022)