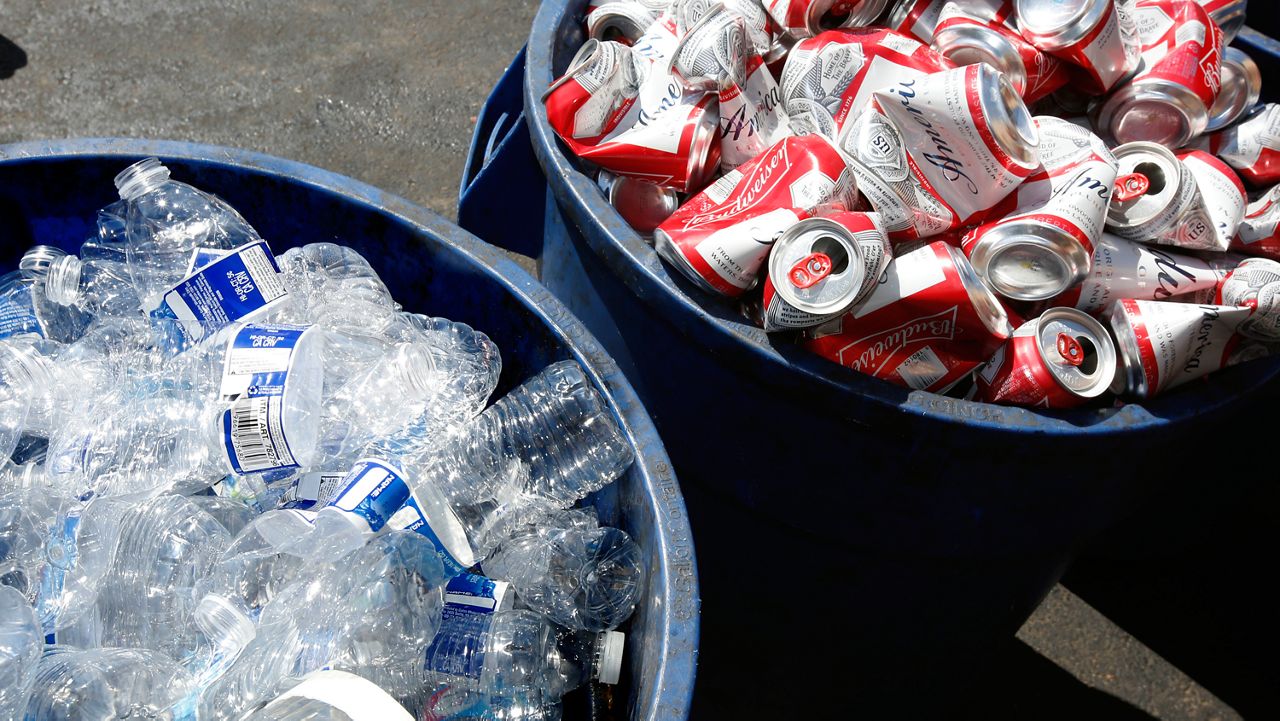 California is banning the use of the recycling sign on products that are unrecyclable starting Jan. 1, 2022.

Sen. Allen told “Inside the Issues” host Alex Cohen he was inspired to create the bill after learning how the United States’ broken recycling system caused China to stop taking our refuse. He explained that there was such an excess of non-recyclable U.S. material that China was facing devastating climate consequences as more and more trash was being burned or thrown into water sources.

“I started to go down this rabbit hole of recyclability and reusability and waste reduction in general. It turns out there are a lot of inefficiencies in our system and a lot of things I think most average folks have no idea about,” he explained.

Sen. Allen’s legislation expands California’s “Truth in Environmental Advertising” law to prohibit the use of the “chasing arrows” symbol or any other recycling labels on materials that CalRecycle deems unable to be sold and manufactured into new items.

“We're saying enough is enough. Let's actually have some truth in advertising here. You can only put the recycling symbol on your product if the product is truly recyclable in the real world,” Sen. Allen said.

The legislation was supported by environmental groups and waste haulers in California, but plastics companies expressed opposition to the measure citing that more plastic materials would end up in landfills and new labeling restrictions would confuse consumers. They also argued SB 343 would be costly for the industry because California’s label requirements would conflict with several other states and countries where plastics are shipped.

Sen. Allen responded to these concerns by acknowledging that California is often at the forefront of environmental legislation and that it’s the right time for the state to take a stand to fight for consumers and the climate alike.

“We know the federal government is slow on these issues. Through the passage of this law, we know that there's going to be other states that are going to pass similar laws and it's going to lead to a cascade of truth in advertising nationwide,” Sen. Allen added.

The bill also requires CalRecycle to provide a new report to the public evaluating which products are truly recyclable in the state by Jan. 1, 2024.