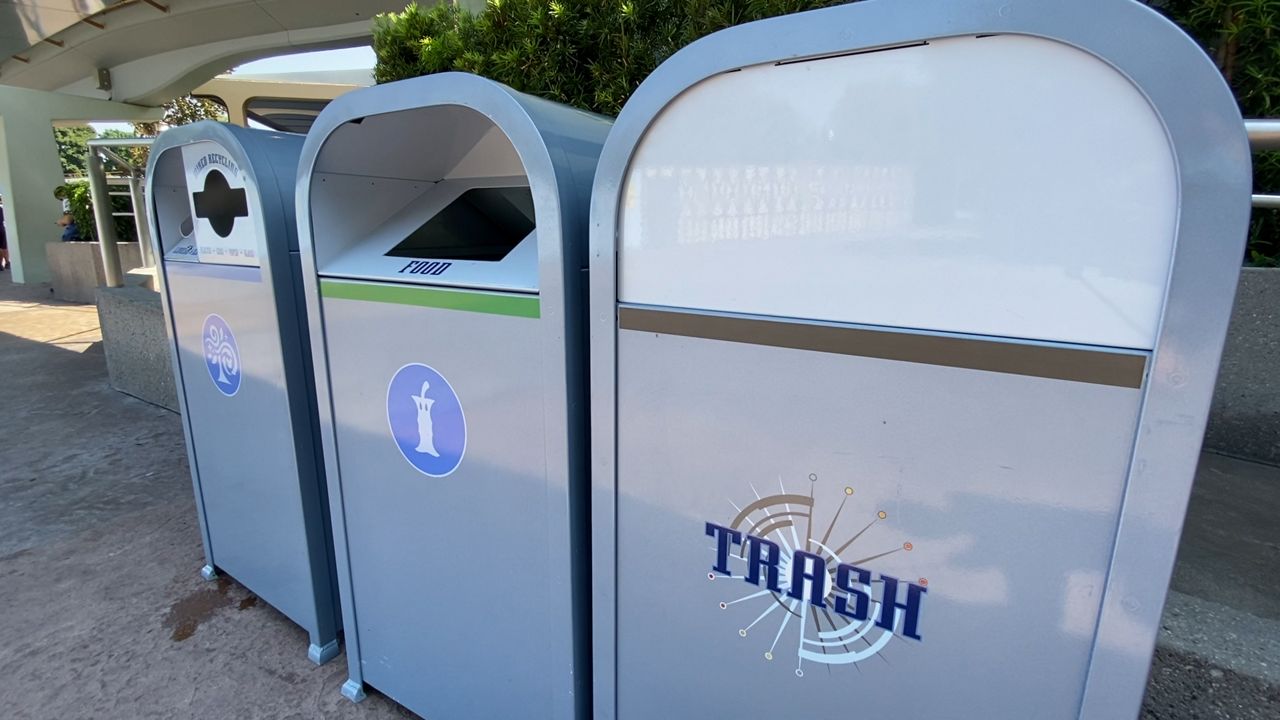 Millions of hungry guests visit Disneyland Resort every year, and the park is now testing out a new initiative to help the resort become more environmentally friendly.

"We're asking guests to sort their food waste if they don't finish it," said Lotus Thai, environmental integration manager at the resort.


There are three receptacles at Galactic Grill in Tomorrowland: one for trash, one for food and a third divided into compartments for mixed recycling and liquids.

"I usually just dump everything in, but my kids were napping, so I had a few extra minutes," said Marie Feghali, who was visiting with her family from Redondo Beach for her daughter's birthday.

Feghali explained that she recycles the basics at home and applauds Disney's efforts.

"[There is] so much consumption of food and plastic and packaging, so I feel like at a place like this, it would really make a difference if even a small number of people did it," she said.

There are close to 100 places to eat at the Disneyland Resort, and for the past decade, workers have been sorting food waste behind the scenes — with the majority of that waste coming from food prep.

"We pride ourselves on a lot of the work that we do behind the scenes, but we want also our guest to take a moment and participate in that and help us get to that zero waste goal," said Jake Raykhelson, Disneyland Resort's manager of environmental initiatives.


The goal is to have zero waste by 2030, so the resort says it can't do this work alone. Disneyland has stated it already diverts about five million pounds of food waste from landfills each year. It's eventually converted into graham cracker-like crumbs, which supplement animal feed for farmers all across the country.

Park officials admit the food sorting program is a slow work in progress, but cast members have seen guests who are frustrated at first have a change of heart.

"She was curious and at the end of the conversation. She actually was coaching another guest on how to dispose of their waste," Raykhelson said.

It's all part of a long journey to show that the happiest place on earth can also be a sustainable one.