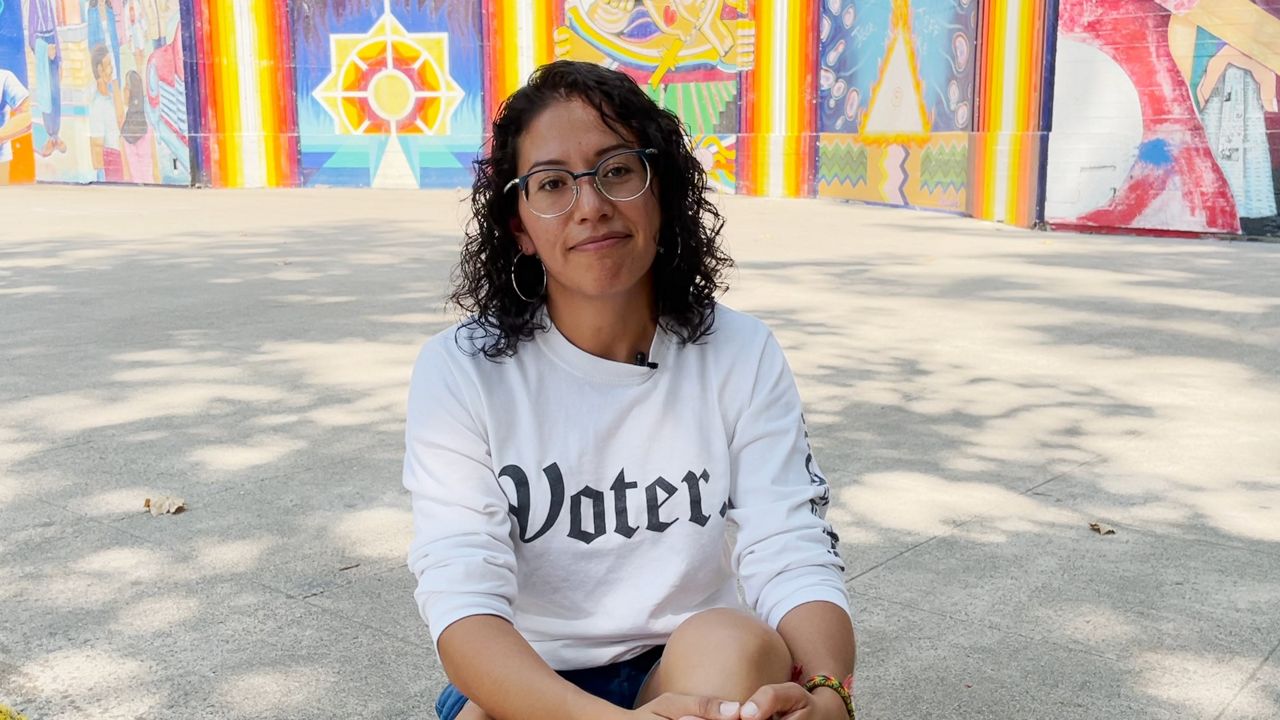 How the Latino vote could influence California's recall election

With Latino voters turning out in larger numbers in recent elections, campaign strategists and grassroots organizations have said all recall candidates need to be doing more to win this population's vote in the upcoming election.

As a proud Latina and community organizer, Alma Lopez is using her voice to encourage other young voters to participate in the recall election.

"Latinos are the largest voting bloc, so we have a very powerful say when it comes to how we shape policy in California," Lopez said.

Lopez is the executive director for Brown Issues, which focuses on empowering youth to lead policy change.

"When it comes to California and the power of the electorate, it is Brown, and it is young," she adds.

Latinos make up nearly 40% of the state's population and 28% of eligible voters, which is why Lopez stresses it's crucial they understand the importance of having their voice heard.

"One of the things that Brown Issues does very intentionally is to not just educate, but also mobilize our Latino community," Lopez said.

Through platforms such as Instagram, where Brown Issues has more than 263,000 followers, Lopez is helping her community understand everything they need to know about the recall.

"With Brown Issues – we're a very distinct Latino voice and we're directly sending that message to our 'gente' so they understand the context of the recall, and they understand what is at stake if the governor is no longer our governor and who are the other candidates," Lopez explained.

Also encouraging Latinos to become more civically engaged is Pastor Samuel Rodriguez, an independent voter who has worked for the last three presidents.

"I would like to see a Latino town hall with all the candidates together – in both Spanish and English – communicating the values of the Latino community," said Rodriguez, who's the president of the National Hispanic Christian Leadership Conference.

Rodriguez is one of those people and said the determining factor for him was when the governor closed places of worship during the pandemic.

"In the first three weeks I publicly made a statement and complimented him, but then he took a hard turn – locked down churches, went coo coo for cocoa puffs, and then he had dinner at the French Laundry and he lost every single message of moral authority," Rodriguez notes.

Political consultant, Rob Stutzman, is keeping a close eye on the impact Latinos may have in the recall.

"From what polling suggests, the impact of the Latino vote could be difficult for the governor," said Stutzman, president of Stutzman Public Affairs.

According to a recent University of California, Berkeley poll, 40% of Latino likely voters may favor recalling Gov. Gavin Newsom.

"I think it's an interesting moment for the Latino vote in California," Stutzman said. "It's diverse, but it's becoming more engaged, and it absolutely is going to be the determining factor of the future of California politics."

Stutzman, who was deputy chief of staff for communications for former Gov. Arnold Schwarzenegger, adds that it's important both parties do more to reach young Latino voters.

"They have entered the system now, and they should be paid attention to because they are going to become increasingly important to how elections are decided in California," Stutzman explained.

"Whatever party it is, has to step up their game when it comes to showcasing their commitment to the Latino community," Lopez said.