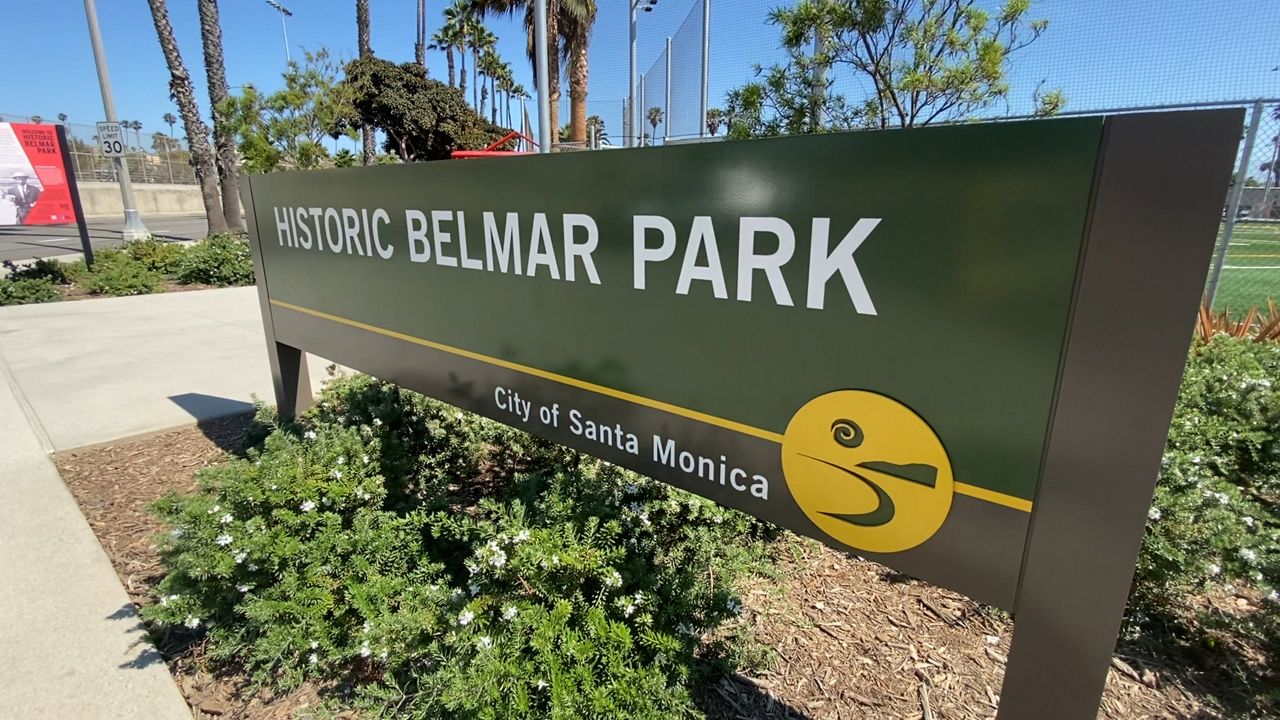 Santa Monica's newest park includes a 3.5 acres multi-purpose sports field, but when Dr. Alison Rose Jefferson walks around, she sees something most do not — a hidden history.

"This area where we are at the edge of the Civic Center campus used to be a neighborhood up until the 1950s," she said.


The neighborhood was known as the Belmar Triangle and was formed in the early 20th century. It was home to a vibrant Black community that was erased through eminent domain.

"In the 1950s, they took out the neighborhood to expand the Civic Center," Jefferson said.

Two years ago, she approached the California Coastal Commission with a proposal. If they were going to let the city build a sports park, she strongly urged them to include an educational program recognizing the African American experience in the city.

"This African American community in Santa Monica is the oldest one of any in the beach coastal zone region," she said.

The result was the Belmar History and Art Project — a nearly half-mile path around the field with 16 interpretive signs that Jefferson helped design and put together.

They highlight the accomplishments and contributions of ordinary African Americans.

"It's a story of migration. It is a story of economic development. It's a story of people and their dreams," said Jefferson, who is the author of the book, "Living the California Dream: African American Leisure Sites During the Jim Crow Era."

The project also features a public art installation near the entrance to the field by Artist April Banks entitled "A Resurrection in Four Stanzas."

It pays homage to the shotgun homes of that era with poetry built into the sculpture.

Buried beneath it is a time capsule to be opened in 2070 with letters, poetry and artwork from students at Santa Monica High School and Crossroads School, preserving this chapter of Santa Monica's story for future generations.

"Sometimes people just look at the Black experience as being something that's depressing, but it's not depressing. Black people have been resilient," Jefferson said.

She hopes these stories will inspire others to spark change in their neighborhoods and create a path to tolerance.

"The American identity is much broader than just White folks who came to California," she said.

Let "Inside the Issues" know your thoughts and watch at 8 and 11 p.m. Monday through Friday on Spectrum News 1 and the Spectrum News app.