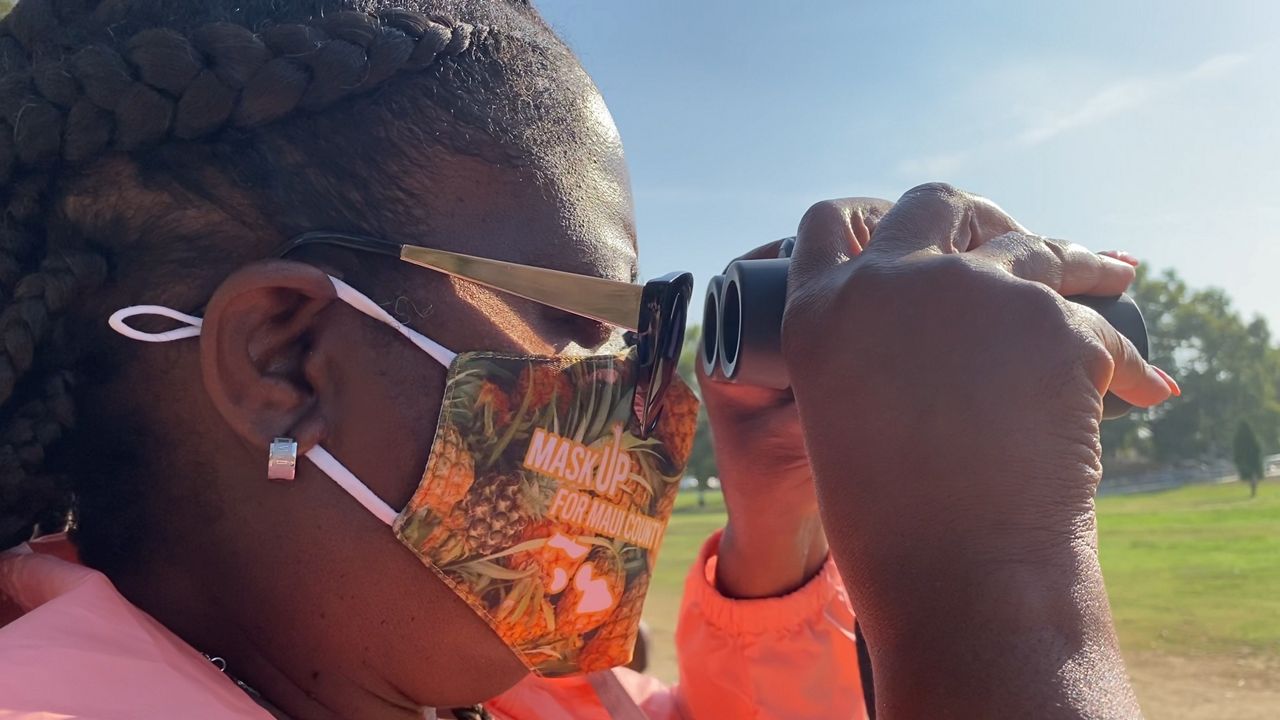 ENCINO, Calif. — Juliette Jones was peering out through her binoculars looking for wildlife in the Sepulveda Basin when a egret flew low over the trees.

That day, Jones was birdwatching along with 15 others who had come together with the Black Girls Trekkin’ group.

Jones started hiking recently and said she had not seen many people of color on LA’s trails.

“It’s important for me to have reflections of myself present. I started doing my research and found a few groups but really identified with the vision and work that Black Girls Trekkin’ is doing,” she said.

Jones, a violinist, added that growing up, her family’s relationship with the outdoors was complicated.

“Both my parents were born in the Civil Rights South, and so as kids growing up and their experience with nature was picking cotton, you know? That is very real. And so I think at some point there was a negative connotation with being outside for some people, at least for my family,” she explained.

Over the past few years, organizations like The Sierra Club and the National Parks Service have been grappling with their own histories of segregation and discrimination.

In 2018, the George Wright Society, a conservation group found that just two percent of visitors to U.S. National Parks were African American.

They founded the group in 2017 and now organize several outings per month. It began as an Instagram account run by Tharpe. Initially she just wanted to post pictures of Black women hiking to increase visibility.

However, she started receiving messages asking if she was going to coordinate hikes.

“I wanted people to feel safe venturing into the outdoors who may share the same interests, knowing we can be ourselves without having to mask anything,” she said.

Tharpe grew up with Race and brought her on board as a co-founder of the group.

“For Black women, it can be difficult to find someone else who loves the outdoors as much as you do, or wants to adventure as much as you do,” Race said. “I think what makes our group so cool is that we get to connect people who love those two things, and then help them find those spaces.”

She said the group and the hikes help women realize they are not alone in their interests.

“You get here and realize it really isn’t just me. And it isn’t even just me here in Los Angeles. There are actually a lot of people that like this,” said Race.

Race said that in the future she hopes Black Girls Trekkin’ can serve a different purpose.

“I think right now we are really focused on increasing representation and diversity and inclusion, but one day our group can just exist as a group where people can come together in the outdoors,” she said.

At the end of the birdwatching and hiking excursion, everyone was exchanging numbers and planning new trips together.

“To be in a group like this, where you’re one of many Black women, inside of a group, inside of a community, it feels like a sisterhood. I feel immediately put at ease because I’m with folks who share an identity with me,” she said.