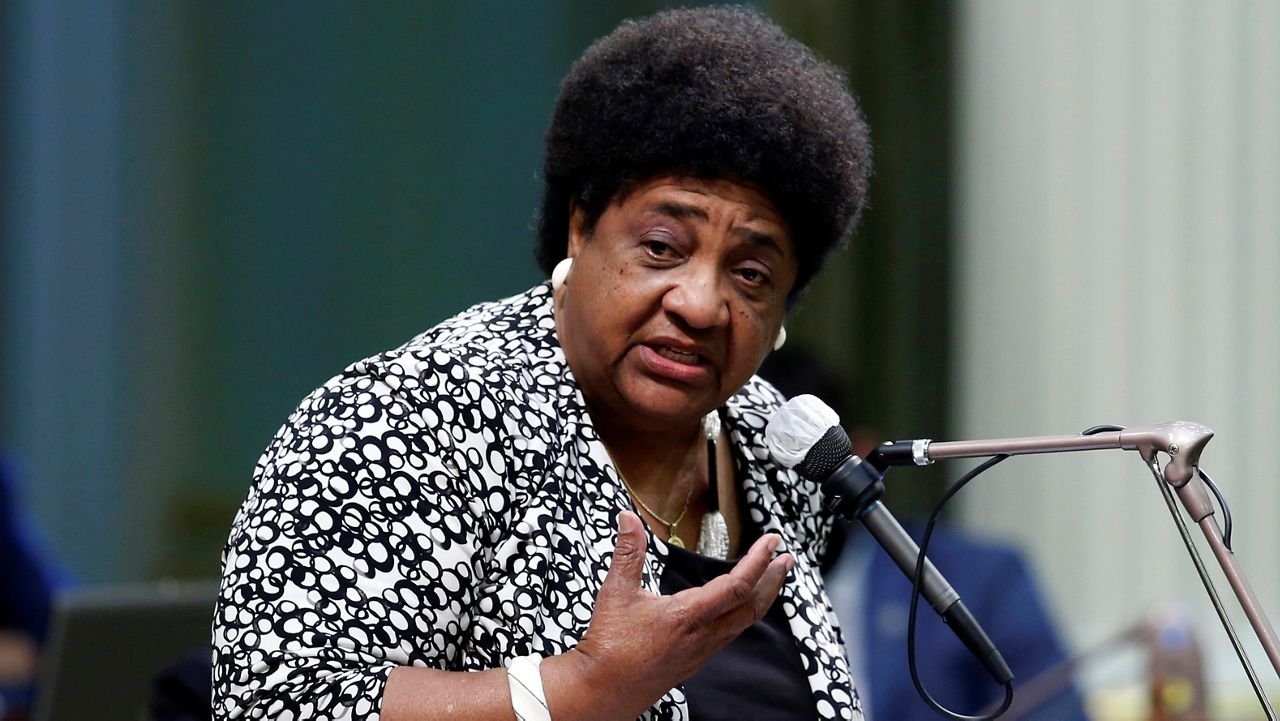 Secretary of State Shirley Weber on reparations in California

Earlier this year, former Assemblywoman Shirley Weber of San Diego became California's newest secretary of state, making her the first Black person to serve in that role. She is also only the fifth African American to be a state constitutional officer in California's 170-year history.

Weber is busy in her new role, dealing with an upcoming gubernatorial recall election and contentious issues such as voting rights.

But some of her earlier work as an assemblywoman has been making headlines. Her legislation — Assembly Bill 3121 — establishes a committee to look at reparations in California.

"People have been harmed, and yet we've never felt that there was actually an apology for the harm that was done, and any efforts to try to correct it, so it doesn't happen again," she told "Inside the Issues" host Alex Cohen.

Weber said this effort is about a racial reckoning in the United States.

"If you're going to lift yourself up, you've got to at least have the tools to be able to do that," she said.

Weber said she hopes areas such as homeownership and education are examined as part of the committee's work on reparations.

Let "Inside the Issues" know your thoughts and watch at 8 and 11 p.m. Monday through Friday on Spectrum News 1.