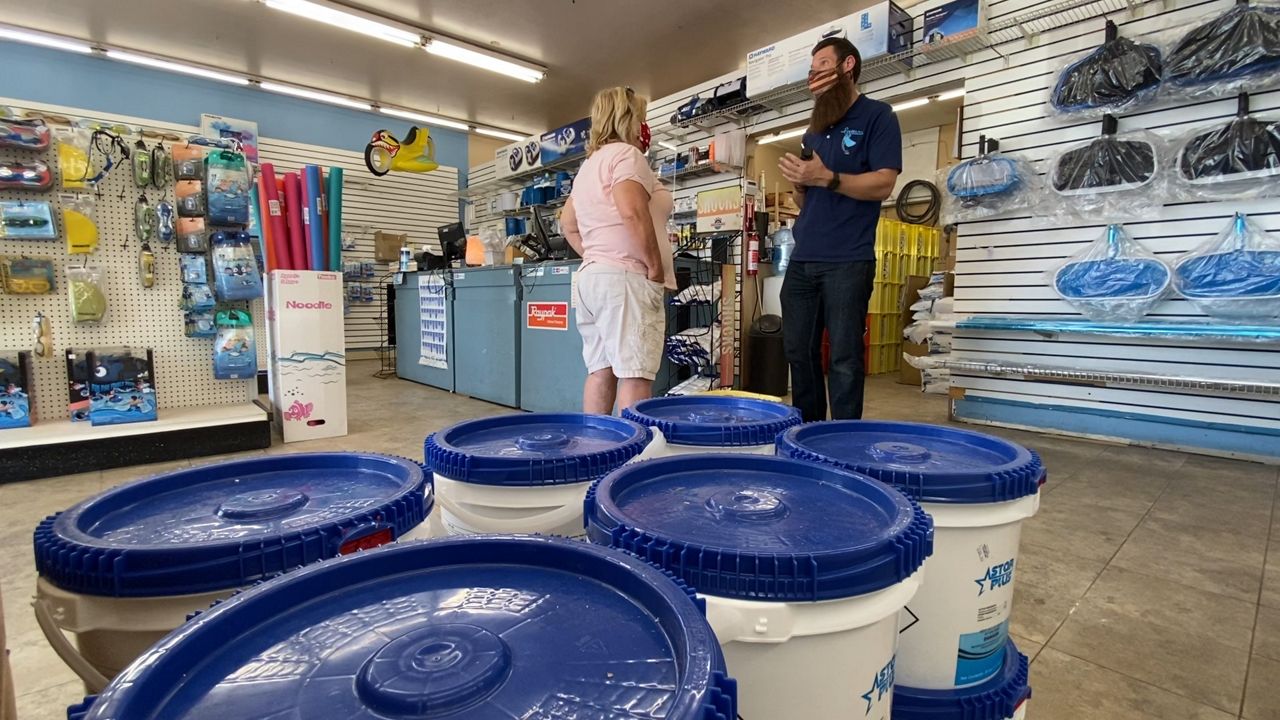 Chlorine tablets may be tough to find this year at your local pool supply store.

"We've never seen anything like this and pricing going way up because of it," said Jesse Teele, who owns Pools By You in Granada Hills.

He's been in the swimming pool industry for more than 20 years and recently took over the family business from his father.

He said the supply of chlorine tablets has taken a huge hit, and many distributors don't have it in stock.

"That's the same thing for every size, for the most part anyway," Teele said.

Experts say the shortage can be blamed on several factors, including production and shipping problems from COVID-19 coupled with a fire last year at a chemical plant in Louisiana - and on top of that, more people forced to stay at home were swimming during the pandemic.

"One of their only forms of entertainment really was the usage of their swimming pool, so we had a flood of customers. At the time, we were doing curbside assistance only, and people were lining up outside," Teele said.

As a result, prices have spiked on larger buckets of chlorine tablets—up around 60% from this time last year. Teele calls it the pool industry's version of a run on toilet paper.

"Larger buckets are going quicker," he said. "Literally, on the last delivery we just got of some 25-pound tabs. Customers were buying them as they were pulling them off the truck."

But he wants to dispel rumors circulating of a complete chlorine catastrophe, at least locally.

"We're getting calls on a daily basis of people asking like, 'I hear there's a shortage of chlorine. I have to switch over to salt,' and 'What do I do?' and all that stuff, and it's actually not the case," Teele said.

He said there is no shortage of liquid chlorine so far, the most common way people sanitize swimming pool water. He said HASA, a Saugus-based liquid chlorine manufacturer, tells him its ramped up production to meet demand. His bigger concern is future costs.

"When things go up in price, they don't necessarily come back down when things level out or smooth out," Teele said.

It's unclear how long the shortage could last, but Teele said he'll do whatever he can to help customers save their summer swims.