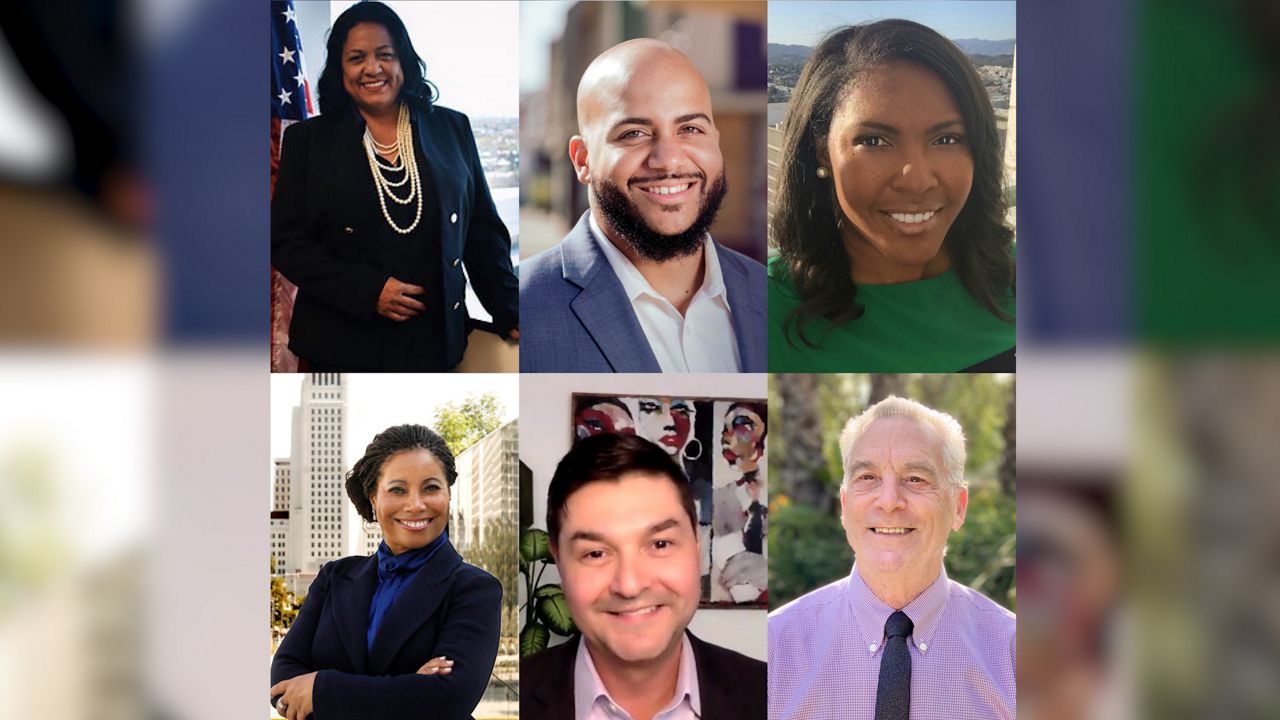 Six candidates in the race for CA’s 54th Assembly District

Spectrum News 1 previously profiled Heather Hutt and Isacc Bryan when they announced they were running to represent the 54th Assembly District.

The four other candidates running in the race are Dallas Fowler, Cheryl Turner, Samuel Morales and Bernard Senter.

Fowler was born and raised in the district and has worked as a political consultant for more than 20 years. She’s also served on several boards and commissions in the city of Los Angeles since 2006.

“I’ve had dueling careers in both the public and private sectors. In the private sector, I started out in construction,” she said.

Fowler says her background in construction makes her a strong candidate to tackle the state’s affordable housing crisis. If elected, she also hopes to be a champion for environmental issues, like the ones impacting those who live near the Inglewood oil field.

“We've seen the devastation as it relates to these types of operations happening in and around our communities and we know that some of the disparities that we’ve seen in this pandemic are directly correlated to our overall environmental health,” Fowler explained. “So that is an issue I am very committed to tackling.”

Another LA-native competing for the Assembly seat is attorney and state commissioner Cheryl Turner.

“I want to address the COVID-19 crisis on housing, education, the economy, jobs and work for universal health care for all,” she added.

As the only attorney in the race, Turner believes her legal background gives her an advantage against the other candidates.

“Plus, my history of traveling back and forth to Sacramento, meeting with legislators in their offices, whether they be Democrats or Republicans, I’ve met with them one-on-one and had an opportunity to discuss their proposed bills, so they are familiar with me,” Turner noted. “That gives me an advantage of being a freshman assemblymember coming in mid-session to be able to hit the ground running, working with these other elected to get laws passed that benefit our district.”

Also appearing on the special election ballot is Samuel Morales, an entrepreneur and financial adviser who has lived in the 54th Assembly District since 2009.

“This district is majority Latino and I’m the only Latino in the race,” he said.

Morales hopes to be the first Latino to represent the 54th Assembly District. As the son of a military policeman, he’s also strongly against defunding the police.

“You’ve got to get rid of the bad, but keep the good. You don’t just start all over,” he said.

The final candidate in the race is Bernard Senter, a retail grocery worker and Socialist Workers Party candidate. While Senter does not expect to win, he says he’s running to inspire more working-class people to get involved in politics.

“It’s an opportunity to get out our political ideas, to pose some basic questions and solutions to the enormous problems that workers are facing,” Senter explained.

Voters of the 54th Assembly District will decide who will represent them in Sacramento during a special election on Tuesday, May 18.

If no candidate receives a majority of the vote, a runoff election will be held on July 20.