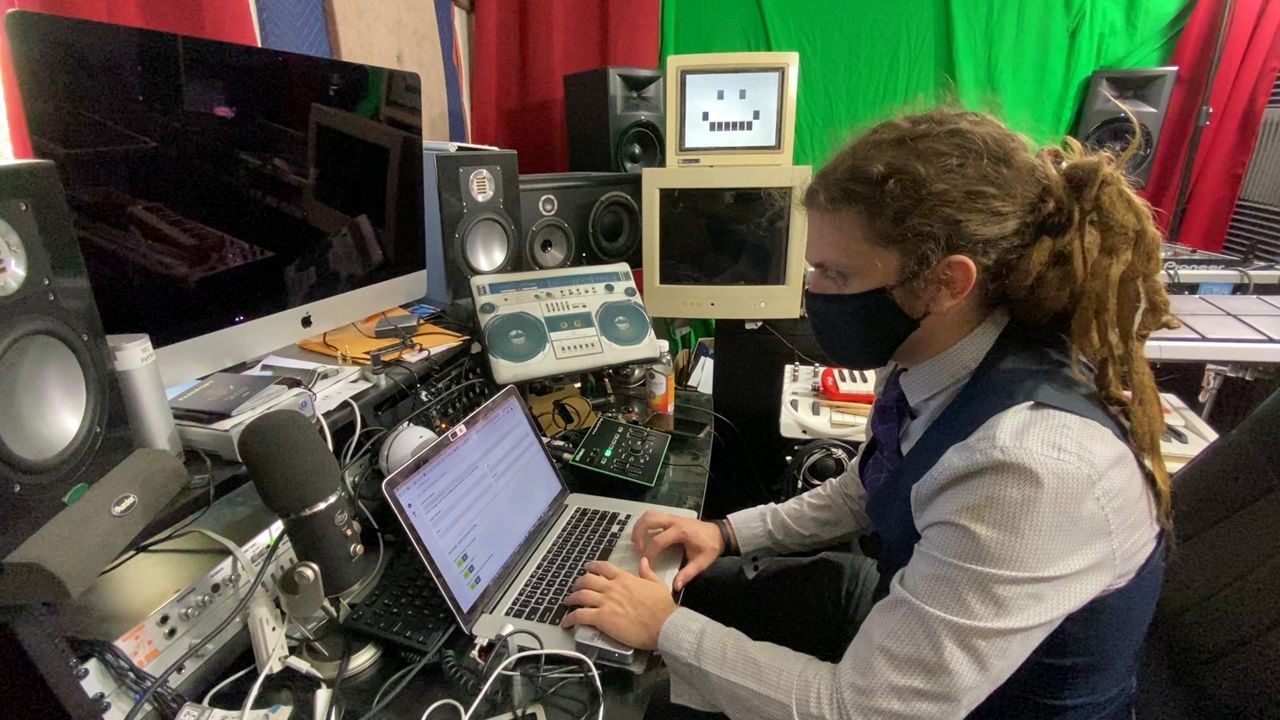 According to the Motion Picture Association, there are 892,000 people in the film and TV industry, and hundreds of thousands of them lost their jobs when the pandemic hit.

As a DJ and electronic music producer, Trent Edmond loves telling stories through his digital turntable.

"Every song that I release is a chapter in Downlowd's story," Edmond said.

Downlowd is his comic creation and the character he's built a brand around while DJing live events and raves all across the country. He's also produced mixed tapes for Universal Music, but all of the gigs were gone practically overnight when the pandemic hit. Edmond said he was in Austin, Texas, at the "SXSW Music Festival."

"I think I was like three shows in, and then I just had to cancel all the rest of the dates because it became very obvious that this was going to be a very serious thing," Edmond said.

Like many others whose livelihood depends on live events, he didn't know how he would pay his rent.

"It was terrifying. I live in L.A.," he said. "It's very real, and there are still people who don't know how they're going to survive."

After briefly working for a moving company, Edmond answered a job posting for a solar energy sales consultant, commission only for Solar Energy Partners, a solar brokerage company.

He didn't know much about solar but was intrigued by the opportunity to do something to help save the planet.

"It's no secret that we've been destroying the planet pretty persistently for the past 100 years, so it's time to kind of try and reverse that as best we can," Edmond said.

At first, he said he didn't close a deal for three months but suddenly caught fire, closing four to five sales a week.

"I can do this from anywhere in the world," he said. "I can do Zoom conferences."

One week, he said he made $20,000, and now he's a district manager, helping to train other salespeople while also handling social media.

He said the company is getting as many as 1,500 applications a week, and a lot of people enjoy the flexibility of making their schedule while pursuing other passions.

"We have people that have gone from acting into solar, and one of our reps who was mentoring with us, she took off for a little while to shoot a movie with Amazon," Edmond said.

And with no telling when live events will return or what they'll look like when they do, Edmond is just grateful for his newfound home in solar sales.