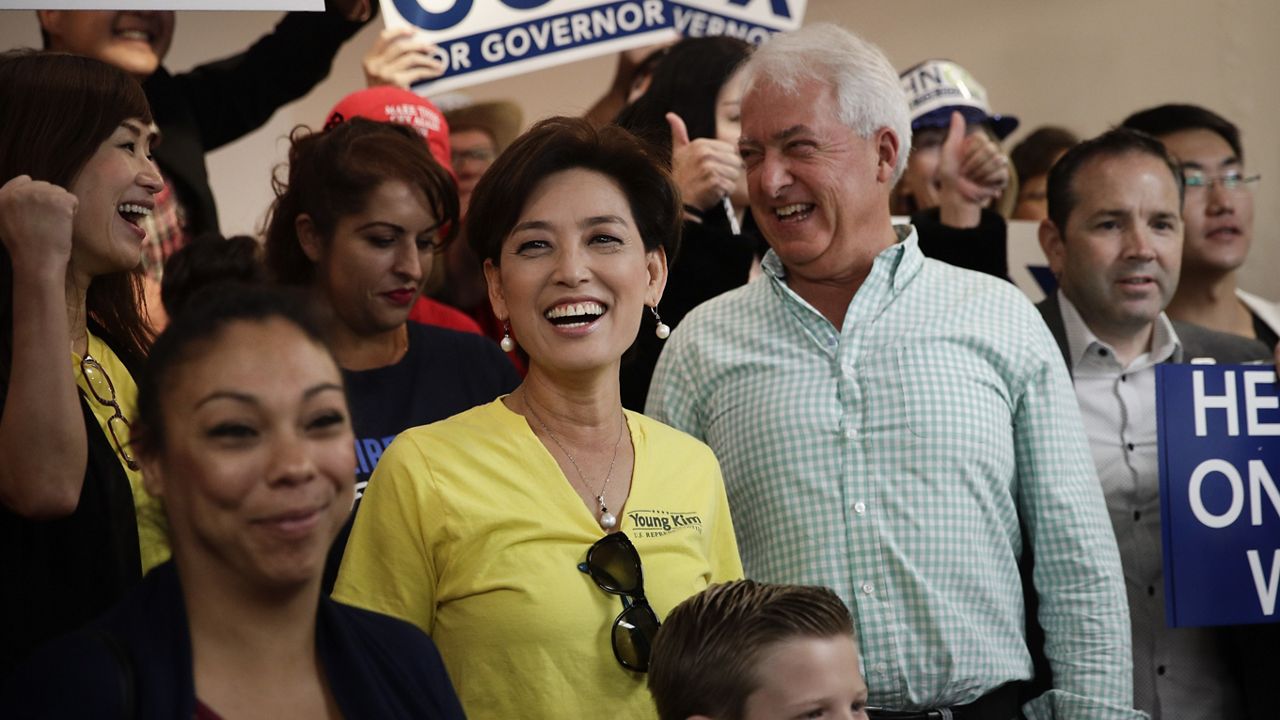 The former State Assemblymember said the COVID-19 pandemic has brought the issue of accessible healthcare front and center for those in the area.

“One area and that I keep hearing about from the constituents, and the borders of the district, is that they would like to have more access to affordable quality, because it is especially important in light of COVD-19,” she told Inside the Issues.

She said those with pre-existing conditions should not have to worry about not receiving health care.

“My opponent will tell you I'm against people with pre-existing conditions. That is very personally offensive to me, because I'm a mother of a daughter that has a pre-existing condition — someone who had a brain tumor and is continuing to recover from it,” she said. “We need more access to COVD-19 testing, we need to address the price of prescriptions and lower the price of health insurance, increase access, address price billing and address price transparency.”

Repealing the Affordable Care Act isn’t the right solution to solve the healthcare crisis, she said, but there are many adjustments that need to be made.

“Bipartisanship is really important especially when you're elected to represent the people,” she said. “ I have a record of working across the aisle, working with Democrats. Initially, in the early stages of my service in the State Assembly, I identified the homelessness issue as one of the key issues that we need to tackle. So, I introduced legislation to get funding to tackle homeless youth and homeless veteran issues. My legislation didn't get passed through the committees because it was a Republican legislation, but I went to the leadership and I went to the Democrat leadership and said, ‘I don't care who takes the credit for it, it is really important so can we work on finding bipartisan solutions.’ So we worked within the budget process to get [an] additional $10 million dollars for homeless youth and homeless veterans.”

In order to achieve these goals, she stressed this “bipartisan spirit” is key.

“People are sick and tired of us working in a very partisan manner and that's exactly what I’ll be doing. I'm running on my own record and as my own person, bringing common sense, responsive leadership to the House of Representatives,” said Kim.

.@YoungKimCA is running to represent California's 39th District. She said she's focused on getting housing and vocational training for 18- to 24-year-old young adults who have recently left the foster care system. pic.twitter.com/mPnwOYeGDL

In the State Assembly, Kim said she worked on improving the lives of homeless youth and veterans. She said funding needs to be provided for vocational training and temporary shelters for these individuals.

Kim said she supports President Donald Trump’s positions on the economy and tax cuts, but does not agree with all of his policies.

“Let me tell you very flat out: I'm running as my own person, on my own record, to represent the people of the 39th District,” she said. “I have proven to be an independent leader and I agree with [the] President on economy and tax relief, but I do disagree on areas like immigration, his rhetoric, and you mentioned when he continues to refer to coronavirus as ‘Kung Flu,’ that was like a point where I said, ‘Enough is enough. It is not only devisie, but is very insensitive and the Asian American community in our district, which makes up about one-third of the 39th congressional district, has repeatedly expressed their frustration, why he continues to use [that] rhetoric. And so I called him out on that. But, again, we need to work on issues that will get our economy moving again. Help our families that are hurting because of the COVID-19 pandemic, find solutions to lower healthcare costs and lower taxes, and make sure that we address those.”