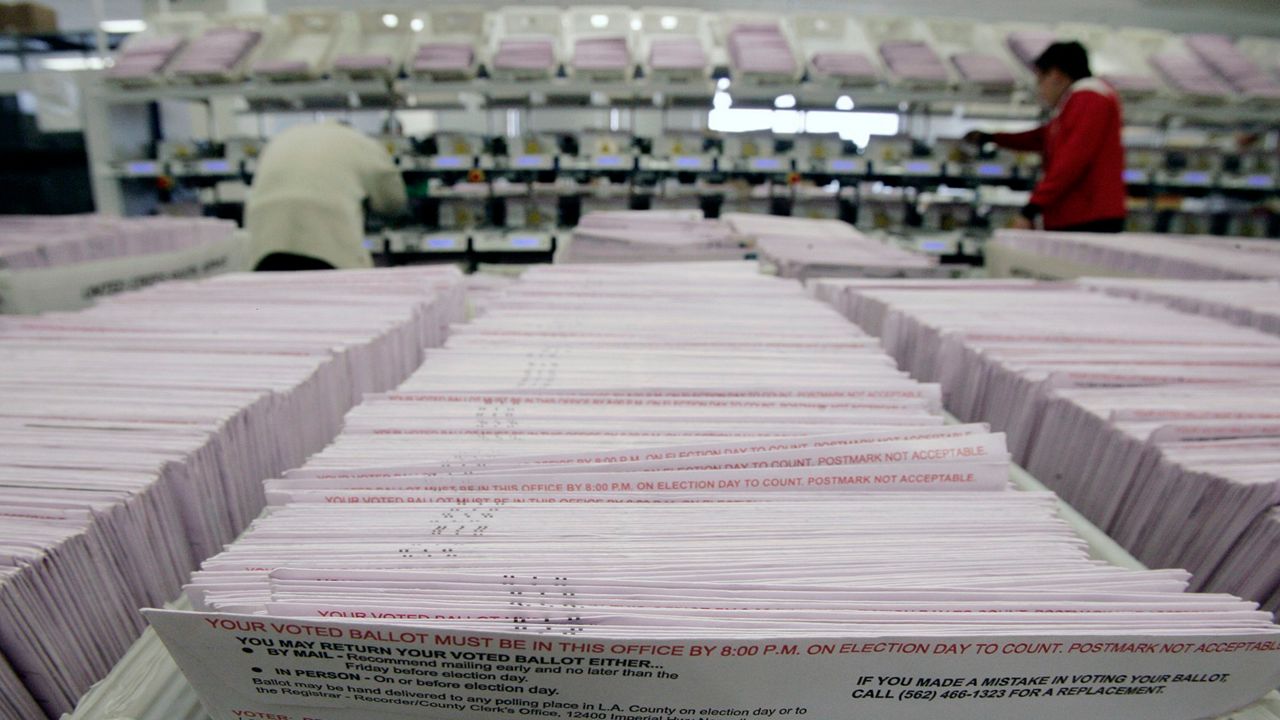 California Secretary of State Alex Padilla said the "important security safeguard" of counting and verifying mail-in ballots might take a few weeks this year since more people are expected to vote by mail due to the pandemic.

“In California, a lot of people are aware of the dynamic that it takes us a little bit longer than most states to finish counting ballots, and that’s all for good reason,” Padilla said. “We have a decent sense of how most races are going to turn out on election night, but for most contests and for final numbers, it takes not just a few days, it takes us a couple of weeks because it’s in that time period that we are, for example, verifying the signatures on those vote-by-mail ballots that come in.”

Other states like Michigan, Ohio, and Pennsylvania have also expanded mail-in voting this year.

“I think for the first time that anybody can think of, we may not know on election night who won the presidential contest,” Padilla said. “If it is too close to call in enough battleground states, and it takes several days to finish counting ballots in those other states, it’s not the time to panic. It’s the time to be patient. Trust the process. It is accountable. It is transparent. But I can only imagine what kind of opening that’s going to create for conspiracy theories, false allegations, people claiming victory when there’s still a lot of ballots that remain to be counted.”

Sec. of State @AlexPadilla4CA said the "important security safeguard" of counting and verifying mail-in ballots in CA might take a few weeks.

He also said it's "not the time to panic" if we don't know who won the presidential election on Nov. 3. Tune in tonight at 8 for more. pic.twitter.com/VGfdpzS5M3

There are 21 million registered voters in California, and each person will receive a mail-in ballot in October. Padilla said election misinformation and disinformation has caused him the most stress this election season.

“We were really introduced to that dynamic in the 2016 election cycle. We heard about foreign interference in our election. And while our election infrastructure I think is in pretty good shape, we’re not taking anything for granted,” Padilla said. “I think the biggest threat really is the erroneous, misleading information that we come across way too often, especially on social media. Some of it may be well-intentioned and innocently wrong, but we know there’s a lot that’s very intentional to try to sow doubt, or create chaos and confusion, and frankly undermine people’s ability to cast their ballot, or undermine faith and confidence in the process. So it makes our job that much harder to constantly correct the record and to make sure voters have clear, reliable information, so right off the bat go to your county election’s office or the secretary of state’s website.”

Voters can track their ballot using the “Where’s My Ballot?” system.

“Any voter can go to vote.ca.gov, click on “Where’s My Ballot?” and sign up to receive alerts, either by email, by text message, or by automated phone calls, on the status of your ballot through the postal delivery process,” Padilla said. “At the front end, you’ll get a message when the county sends your ballot to you so you know to start checking that mailbox in the next day or two. On the tail end, imagine getting confirmation messages when your ballot was received by the county. Or have you ever gotten a message confirming that your vote was counted? Right, so it’s great for accountability, transparency, like I said, and frankly it provides us a great view into the mail traffic and concerns about the USPS. We’ll be able to identify bottlenecks or delays in the mail delivery service, so we can work with regional and local postal service representatives to make sure the ballots keep moving.”

“The good news is, we have protocols in place to protect against people double-voting. You only get to vote once, so if you vote in person, your record is marked, and if a vote-by-mail ballot comes in afterward, it will not be counted. If you vote by mail, your record is duly noted, and if you try to vote in person, those poll workers will say, ‘Sorry, your ballot is already in. You can’t vote again,’" Padilla said. "So I think the more important thing to do, the more constructive message to get out is, to every voter: Make a plan. Decide how you’re going to vote this November.”

Padilla thinks voting-by-mail is the best way to get your ballot in early and safely.

“Vote-by-mail ballots will start arriving in your mailbox the first week of October. You can send it in on the very last day if you so choose, but we recommend sending it in early. If you vote in person, you can wait until the last day if you so choose, but every county is going to be offering in-person early voting and we recommend people voting early. Let’s sort of space out the crowds and shorten the lines for everybody over the course of the four days minimum that we’re going to do in-person voting. But because of COVID, your safest bet may be to vote by mail,” Padilla said.

Kamy Akhavan, Executive Director of USC Center for the Political future, asked on Twitter, “Can early ballots start being counted before Election Day? What about in other states? Why wait to count vs. count em as you get em?”

Can early ballots start being counted before Election Day? What about in other states? Why wait to count vs count em as you get em?

“We actually do allow county elections offices to begin processing, or maybe preparing is the better word, ballots to be counted before the polls close on election day,” Padilla responded.

“They usually start that kind of work a couple weeks before the election. We’re giving them even more time in California. But we don’t start running ballots through the tabulators, and certainly not we don’t announce any preliminary results until after the polls close on election night. So the counties could get a little bit ahead of the game. The more people who vote early, the better they can do that and expedite preliminary results, but it is a little different from state to state. In some states, tallies have ample time in advance to process ballots, and in some states it’s just a little bit, and in some states they can’t even begin to open those vote-by-mail envelopes until after the polls close, so another reason why the final results might take a little bit longer this year.”

Padilla encourages all eligible voters to cast a ballot.