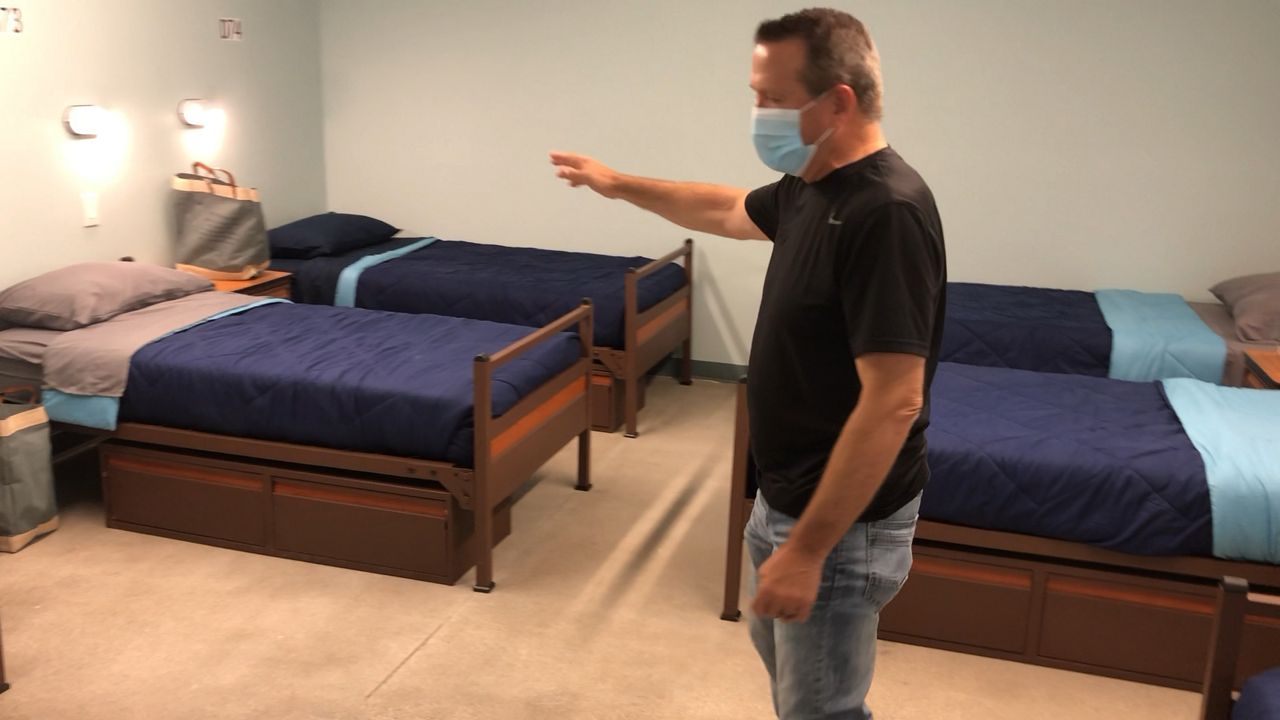 NORTH HOLLYWOOD, Calif. — There’s new hope in the fight against homelessness in Los Angeles as a new transitional housing shelter prepares to open its doors in North Hollywood. Hope of the Valley will be L.A.’s first "A Bridge Home" housing project in the San Fernando Valley.

"Imagine you’ve been sleeping outside and then, for the first time, you get to come and sleep on a mattress, sleep in your own private place," said Hope of the Valley CEO Ken Craft.

As a former pastor, Craft has put passion and commitment into helping future residents turn their life around. "Instead of saying, 'just stay on the streets until we can get you into permanent housing.' No, let’s get you into a safe, secure place where you can start working, start saving money," he added.

Inside this 15,000 square foot warehouse are 85 beds that will house those who have nowhere else to go. In partnership with the city of Los Angeles, the shelter will be for single adults with a nine-foot wall separating the men’s side from the women.

"They’ll get two drawers where they can store their possessions," Craft explained while giving Spectrum News 1 a tour of the pet-friendly space. "Within 6-8 months, we’re able to get them into housing. The challenge is the lack of affordable housing."

The HHH Bond that L.A. voters passed in 2016 will eventually create 10,000 units of affordable housing, but according to Craft, it’s simply not soon enough. "We need to help people at their deepest point of need, not offer them judgement, but to offer them help," he said.

When Mayor Eric Garcetti declared a shelter crisis in 2018, it paved the way for Hope of the Valley to convert a manufacturing warehouse into temporary housing, outside of typical residential zoning.

"The advantage of an M.1 or M.2 building such as this is, number one, less cost per square foot and, number two, there’s less community resistance because you just don’t have residential neighbors," said Craft.

Hope of the Valley is one of 30 planned "A Bridge Home" shelters to temporarily house the homeless throughout the city, but Craft worries the pandemic will lead to another spike in homelessness.

"We’re nervous because many people were - and are - one paycheck away from being homeless, and now they’ve lost that paycheck," he said. "Yes, there’s a moratorium preventing evictions, but that won’t last forever."

The shelter will also provide job training, vocational training, and job placement. Craft has been leading public tours of the new shelter in North Hollywood for the past week.

"We can talk about it all day long, but when you come and actually see first hand, it takes on new meaning," he said. "It will be the gift that keeps on giving year after year after year."