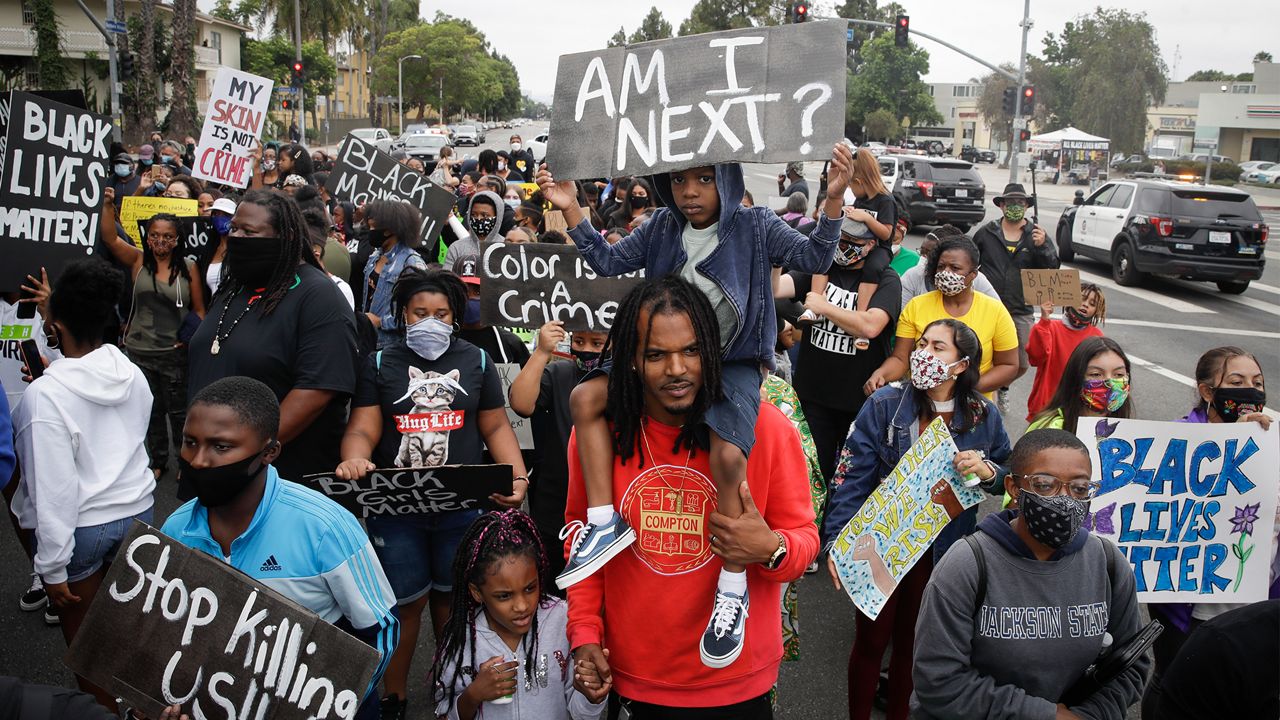 Andre Spicer, center, carries his son Joziah, 5, on his shoulders during a youth-led demonstration calling for an end to racial injustice and accountability for police Saturday, June 20, 2020, in Los Angeles. (AP Photo/Marcio Jose Sanchez)

Rep. Maxine Waters Pushing For Removal of Chokehold in Law Enforcement Across Nation

Recent protests and riots in Los Angeles and all over the world have sparked a discussion about systemic racism and police brutality. Rep. Maxine Waters (D-Los Angeles) tells Inside the Issues the demonstrations should not take away from the issues.

“One of the things I do not want to do, and that is get diverted from the fact that another young black man, unarmed, has been killed by someone who is supposed to protect and serve,” she said. “That is the real issue. Now, yes, a lot of young people are on the street all over America, and in other countries, and in London, for testing an unfair criminal justice system that continues to allow this to happen.”

More than 30 years ago, Waters founded the Black Women’s Forum and helped to discontinue the use of the chokehold in Los Angeles.

“It needs to be done all over the nation and any iteration of that, whether it is the arm or the knee or a piece of equipment, used to cut off the breathing to interfere with the ability for those who are the victims of these tactics to be killed,” she said.

She said while she and others work on legislation, it can only go so far at a national level.

“We would like to outlaw it, but with this administration, we’re not going to be successful,” she said.

Waters said the protesters know the criminal justice system won’t change unless the system is confronted.

“Right now, they're focused on Floyd and what happened to him, but they’re saying just firing the officers is not enough. Even the charges are not enough,” she said. “Nothing is going to happen unless and until they have to deal with these young people and it's not just Black people in the street. Now you have a lot of white young folks in the street, Latinos and Asians and well.”