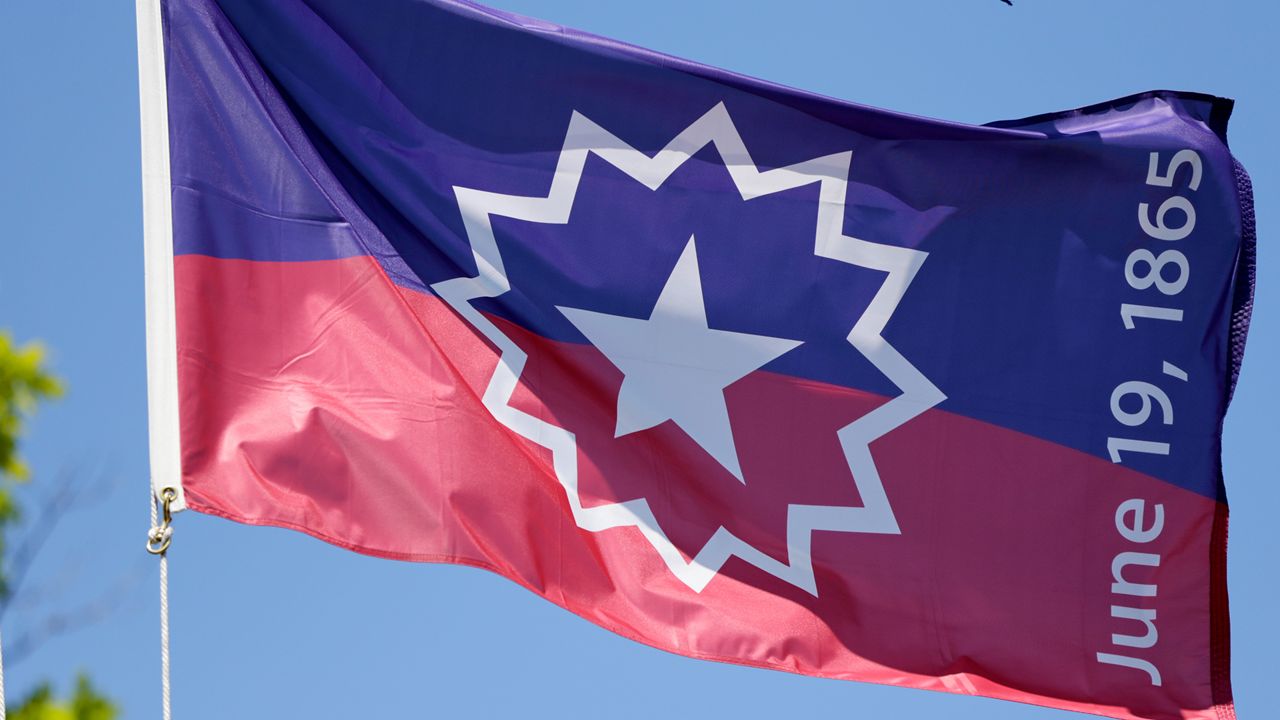 Friday is Juneteenth, a holiday to celebrate the end of slavery in America. On June 19, 1865, all enslaved people were finally set free at the end of the Civil War when Union Soldiers reached Texas. USC Law Professor Jody David Armour said the idea of “liberty for all” was mocked by America’s early founders Thomas Jefferson and George Washington, both of whom enslaved people, until that historic day in 1865.

“Juneteenth was really for me always my real Fourth of July, Independence Day,” Armour said. “Union Soldiers finally reached some of those far out states that were slave states like Texas. They got into Texas and announced to the slaves that actually the promise of the Emancipation Proclamation years earlier was finally going to come to fruition for them, the Civil War had been won by the North, and the fight against forces that wanted to maintain slavery had ended, they have been vanquished, and they were free.”

"Juneteenth was... always my real 4th of July, Independence Day."@USCGouldLaw Prof. Jody Armour said the American idea of "liberty for all" was mocked until 6/19/1865 when all enslaved people were finally set free. Watch @SpecNews1SoCal tonight at 8 for more with @NiggaTheory. pic.twitter.com/cOBltsgtrO

In the wake of George Floyd’s death at the hands of four Minneapolis police officers, and other unarmed Black men and women who have been murdered by law enforcement, protesters have been flooding the streets across the nation and the world calling to defund the police and to finally, after all these years, abolish racism and achieve equality.

Black Lives Matter - Los Angeles was founded in 2013 after George Zimmerman was acquitted in the shooting death of 17-year-old Trayvon Martin. Armour said there’s a “wash, rinse, and repeat” pattern of protests: Someone is murdered, people protest, famous people speak out, and then small fixes are made, such as requiring cops to wear body cameras or making them attend various training sessions about de-escalation and implicit bias.

“After each of those fixes, we didn't see progress. In Minneapolis, in fact you had all of those fixes in place and then some, and there was no progress,” Armour said, referring to the officers who underwent training and still murdered Floyd.

Armour said we cannot gloss over the root of the problem with policing: “Black lives just haven't mattered in this country from its inception. [America] was born on a promise of liberty for all, but at the same time coexisted with chattel slavery for people who look like me. Then we had 100 years of Jim Crow, our own version of racial apartheid, following that cataclysmic race war that cost us 6,000 American lives, the Civil War. After that, the promise still wasn't fulfilled because of Jim Crow.”

Black people are disproportionately represented on Skid Row, in jail cells, and in the number of COVID-19 deaths.

“Here in L.A., we walk down Skid Row, on the fiercest expression of structural violence in the country, with the largest homeless encampment in the country, and 75 percent of the faces are Black. You go into the prison and jail cells and it looks like the same demography. COVID-19 is just disproportionately pounding the Black community because of things like environmental racism that’s given rise to asthma and other things.”

Armour is a member of Law Enforcement Action Partners, a group that includes current and retired officers who have expressed that police departments are akin to social service organizations. However, police officers aren’t trained or equipped to be social workers.

“We made jails the receptacles of our social failures, and rather than solving our problems on the front end by standing on social services like adequate housing and adequate mental health care and physical healthcare and solving our crumbling schools and relieving food insecurities, we decided that instead we're going to build bigger police forces, build more prisons and jails, and try to solve our problems that way,” Armour said. “Police themselves are saying: ‘No, we don’t want to be street-level social workers.’”

Due to his membership in Law Enforcement Action Partners, Armour said he knows that many officers are on the same page as civilians who are calling to defund the police. Officers know that they aren’t cut out to handle homeless and mental health crises. Armour said policemen and women should focus on solving rapes and murders or other crimes of that nature.

“Sometimes, rapes only have a 20 percent clearance rate. We have big rape kit backlogs that we’re warehousing in some police departments because police have their resources diverted from going after those kind of crimes to chasing turnstile jumpers and going after jay walkers,” Armour said. “So I think we're all able to get on the same page here ultimately and say we need to defund the police from doing things they aren't equipped to do, hiring social workers and others to do that, and really have them leaner, and really have them going after the crimes we really most worry about.”

Armour’s book, “N*gga Theory: Race, Language, Unequal Justice and the Law,” will be released August 18. He said he used the n-word in the title because the "blood-soaked epithet" that "has been used as a word that wounds" by non-blacks historically, "in the hands of Black artists and writers, it is also a scalpel that can suture the places where blood flows.”

Armour said Black artists have used the n-word with irony to invert its meaning, transvalue it, and use it as a term of solidarity and endearment. At the same time, he recognizes that the n-word has a painful past.