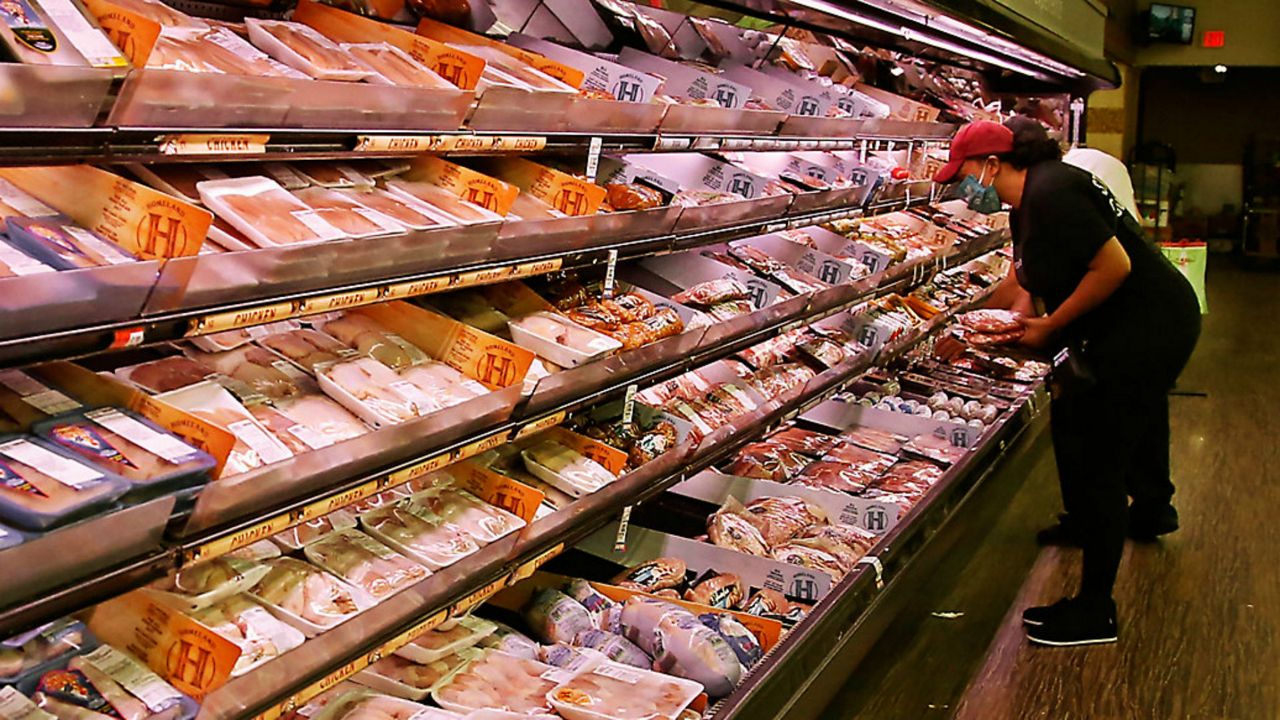 A shopper picks out packages of meat at a Homeland grocery store Wednesday, April 29, 2020, in Oklahoma City. President Donald Trump has ordered meat processing plants to stay open amid concerns over growing coronavirus COVID-19 cases and the impact on the nation's food supply. (AP Photo/Sue Ogrocki)

How Coronavirus is Affecting the Food Supply

When the coronavirus pandemic began to hit, shoppers flocked to grocery stores only to find empty shelves all across Southern California retailers. In the weeks since, and as restaurants began to close, reports emerged of farmers across the country dumping milk and plowing vegetables, while recent reports of a meat shortage loom.

Daniel Sumner, Executive Director of the University of California Agricultural Issues Center at UC Davis, tells Inside the Issues the meat shortage is a direct result of COVID-19. Because workers are typically in such close quarters, some are getting sick. The Centers for Disease Control and Prevention found 3 percent of workers in 100 meat processing plants have tested positive for the coronavirus, which, Sumner said, could mean the production won’t be as robust as it used to be.

He said one of the bigger disruptions to the industry has been the impacts on cowboys and farmers who only provide one product.

"The meat issue is the only one that's directly a matter of the COVID virus itself."

Daniel Sumner of @UCDavisARE said the disruption to the meat industry mostly affects cowboys and pig farmers: "They couldn't decide to sell cattle and not pigs that day." pic.twitter.com/VJuPOY6qTQ

“If you're a pig farmer, that’s what you’ve got. The pigs are ready to go. So, everyday that you keep that hog, a 300 lb. hog, ready to go, you're losing money,” he said. “The same with cattle that are ready to go and there's no place to put them. That has shown in the price of cattle, and the price of hogs collapsing.”

He said the food disruptions like the dumping of milk, or plowing of fields, were the result of a reduction in demand from schools or restaurants that have been closed.

“We had a bunch of milk, that was in little tiny cartons, to go to school lunch and supermarkets had no interest in that. Where you had a bunch of milk that would normally go to cheese or dry milk powder - well, cheese demand heavily depends on restaurants, so when we're not eating out anymore, turns out we’re not using the same kind of cheese,” he said.

Watch the clip above for more.