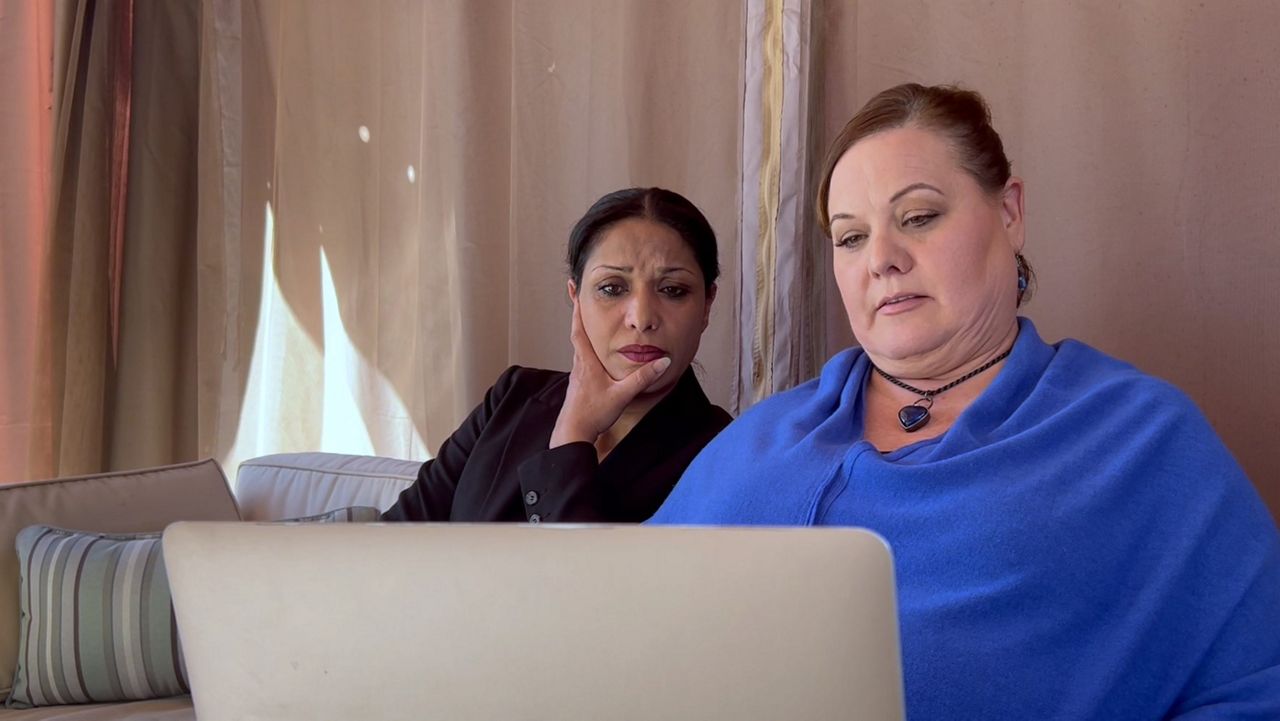 'Voices of Afghanistan' monologues share stories of those in hiding

LOS ANGELES — As an award-winning actress starring in Afghan diaspora-made films such as “The Killing of Farkhunda” and "A Letter to the President" and "Shereen," Leena Alam has taken on many topics from women's rights, gender equality and social issues.

The U.S. military withdrawal from Afghanistan came as a devastating change to the South Asian country and those living under the Taliban.

The devastation is overwhelming for Alam, who now wonders what the future will hold for her industry, culture and those still in the country as she resides in the U.S.

"I'm here now, I am safe. But the feeling of loss, like you have lost everything? I am a mad. I am very disappointed. My heart is broken," Alam said.

Alam has taken part in protests in California to raise awareness of the humanitarian crisis. The current regime is forcing changes in the country, banning films, music and art, areas where many like Alam dedicated their lives for the last 20 years.

"It affected everybody. Not only actresses, artists and journalists, the educated ones, the intellectuals. It affected the whole nation," Alam said.

By Aug. 15, the Taliban took control of the country's presidential palace and raised a new flag, proclaiming the country as the Islamic Emirate of Afghanistan.

Since the change in power, Afghans in hiding have reached out to Alam for help or to find a way out. As a creative, the only way she knew how to help was by sharing their stories. That's when Alam connected with Che'Rae Adams and the LA Writers Center.

Through some interviews from those still in the country, Adams and the LA Writers Center began the "Voices of Afghanistan" monologues that highlight the perspectives of artists, female politicians and more. The stories were portrayed by mostly Afghan and Afghan-American actors, including Alam.

"She introduced me to many artists that were in hiding. That's really when the play took shape and we really want those stories specifically, to be heard because as artists, we feel for them. They are hiding because they are artists. They can't express themselves, we don't know if they are going to get out," Adams said.

Alam is uncertain of what will happen to those still in the country looking for a safe way out, but she isn't giving up yet.

"Some say the show must go on. I say the fight must go on," she said. "Especially, now."

The online reading aired on HowlRound TV and is available on the LA Writers Center site. The organization hopes these stories will help others learn more about what is happening in the country and promote donations to those in need.

Some ways to donate: