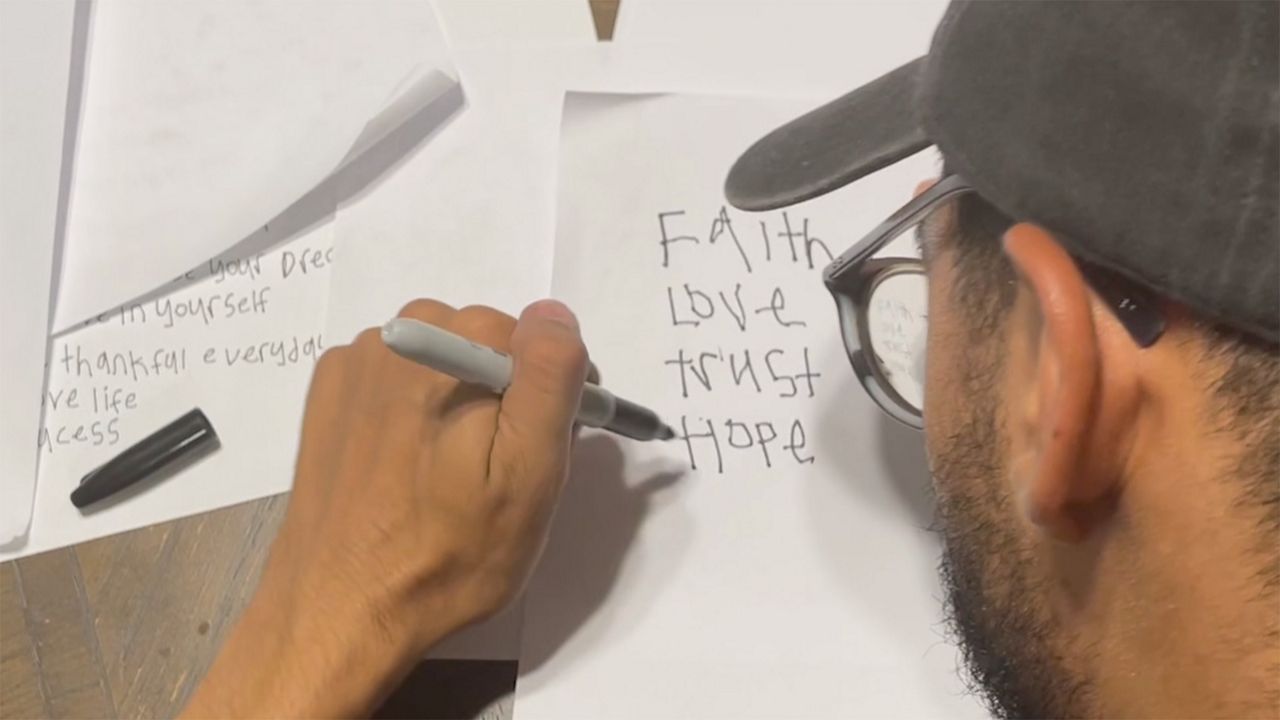 LOS ANGELES — Matthew Fernandez, a 22-year-old from East Los Angeles is not letting his cerebral palsy condition stop him from remaining full of hope and determination.

“My greatest dream is to be able to walk on my own independently,” he said.

And that dream is getting closer and closer through Matthew's new business as a clothing designer. His line, entitled “Violets are Kinda Purple” includes motivational messages.

Matthew's story attracted the attention of Charlie Rocket and Mike Tyson, among others. He has garnered a massive support system and is already working on his second round of designs.

“I want people to feel inspired that nothing can stop them, just keep striving for greatness, and anything is possible. If you believe, you achieve,” said Matthew.

As Matthew works closely with his business partner and brother Michael Fernandez, their goal behind the company is not to just sell clothes, but to make enough money to access rehab services to enable Matthew to fulfill his dream to walk, and save enough funds to be able to move to a neighborhood where he can practice walking outside safely.

Michael says he is standing by Matthew's side every step of the way.

“The power in unity within family is the most important thing. We have to look out for each other as a family. We have to remember that family is everything,” Michael said.

Blanca Fernandez, the matriarch of the family, says their family has been praying for Matthew since the day he was born, especially their late grandmother.

That family support has been key in Matthew’s journey.

“I’m very blessed to call them my family, because they are my everything,” Matthew said.

To support Matthew’s clothing line, you can visit violetsarekindapurple.com.