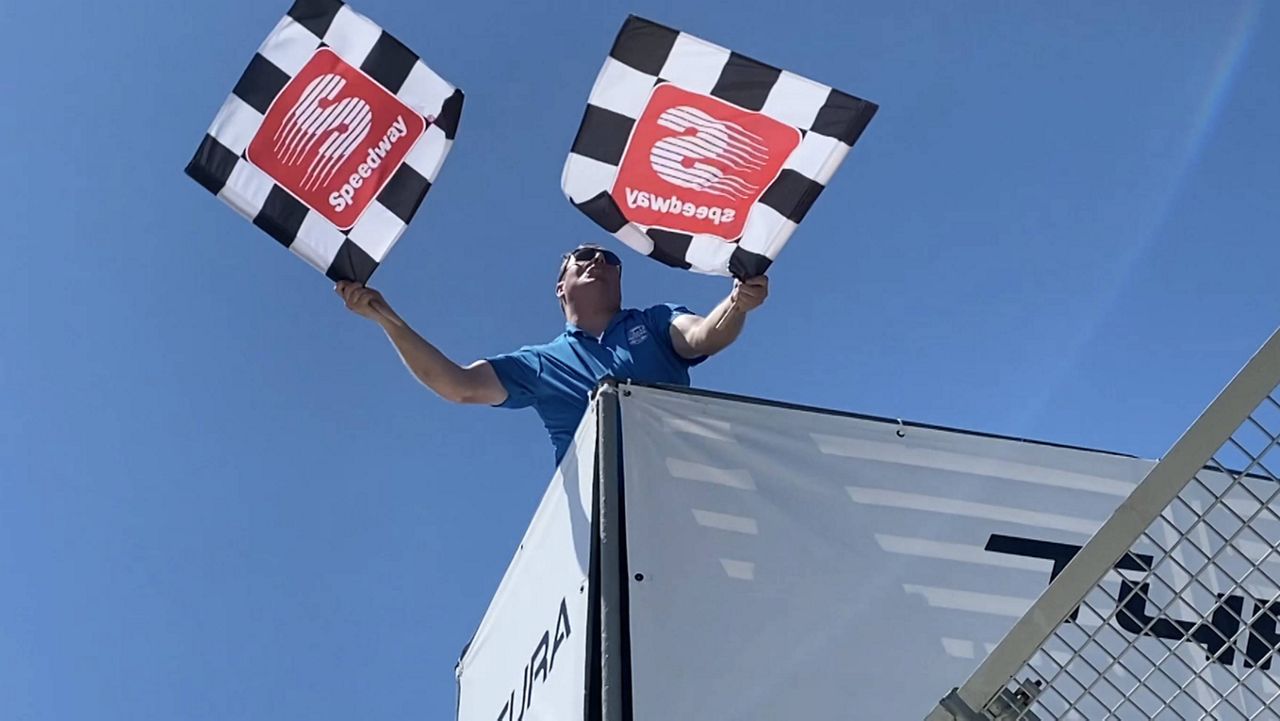 IndyCar flagman with autism living out his dream job

LONG BEACH, Calif. — It is not every day Indianapolis native Aaron Likens gets to climb up the steps of a flag stand overlooking a track in Long Beach to unfurl the iconic flags.

“The most famous flags in racing, the checkereds,” he said. “Every driver wants to come around the hair pin and be the first driver to receive these.”


For Likens, just getting the chance to wave them is a dream come true. He is a flagman for the 2021 NTT IndyCar Series, which includes the Acura Grand Prix of Long Beach and the Indianapolis 500.

He has always wanted to be a flagman since his hero, Duane Sweeney, a flagman for the Indy 500 in the 1980s and 1990s, gifted him a checkered flag.

“It’s probably my most cherished possession, obviously, and this year, it was my first as the starter of the 500,” he said. “About halfway through the race, I was definitely was thinking about him and the fact that a small act of kindness that really gave me motivation throughout my life.”

Likens now servers as a beacon of hope for others. He was diagnosed with Asperger’s Syndrome when he was 20. He said the doctor did not offer much help and he spiraled into depression, especially after reading about some grim statistics.

“The unemployment rate is estimated for those with Asperger’s is 75% to 80%. It’s extremely high and it doesn’t need to be that way,” he said.

Likens spends the off-season traveling the country as a spokesperson for Easterseals Southern California. He shares what life is like on the autism spectrum. It is challenging when he is off the track.

“I’m extremely shy unless I’m at a race track or talking about the autism spectrum,” he said. “If you see me not in this world, you aren’t going to recognize me. I am closed. I am doing everything I can to avoid eye contact, but I harness that to tell people there is always hope. There is always room for growth. There is always, well, I never thought I would achieve a dream.”

Likens’ boss, Jon Koskey, the senior directory of technology for IndyCar, said Likens’ quick thinking and talent for mentally keeping track of cars during a race helped him land that dream job.

“A lot of people need a data system behind them to know who is in first place, who is a lap down, things like that. Aaron spins it in his head. He’s got it right there, naturally,” Koskey said.

Every time Likens climbs into the flag stand, he is still in disbelief.

“You had horrible lows, the years of flagging various junior series to get here and to actually make it, it’s impossible to describe,” he said.

Nevertheless, whether he is on this platform or another one, Likens hopes to inspire others that life with autism can lead to once in a lifetime opportunities.