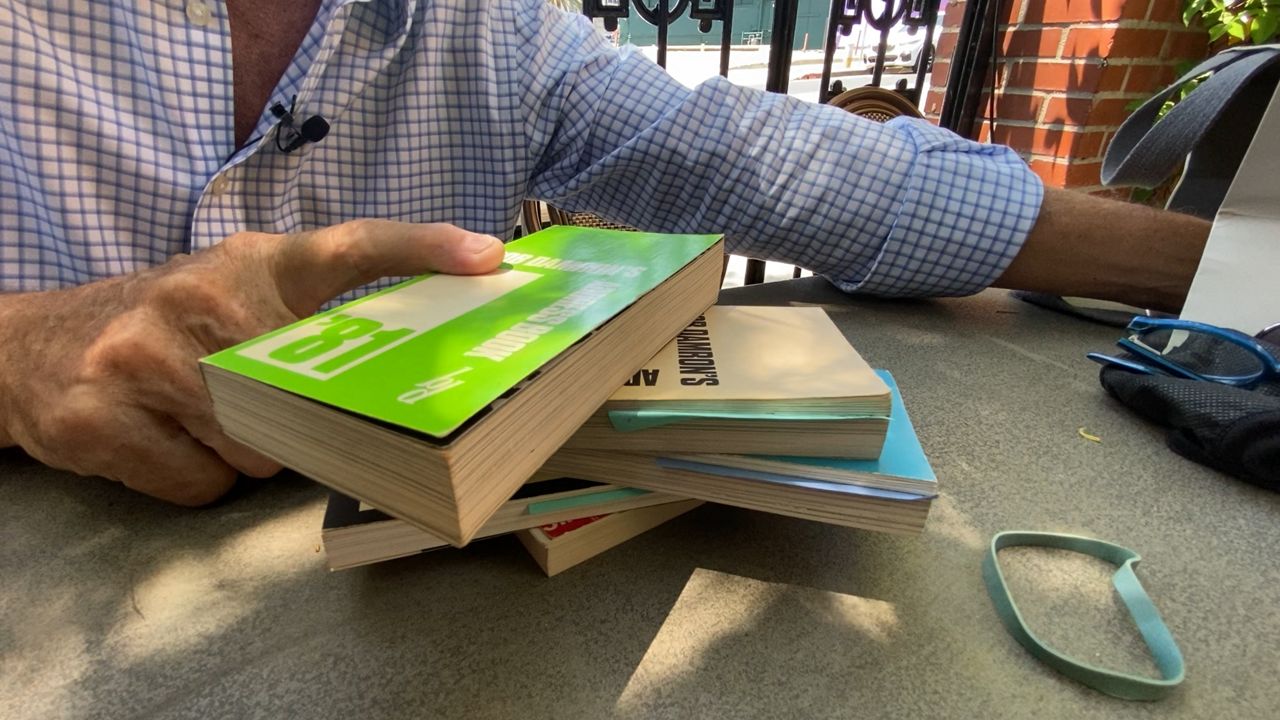 WEST HOLLYWOOD, Calif. – Restaurants, bars and other establishments in West Hollywood hold treasured memories for Kirk Frederick, a gay man who noticed the number of primarily LGBTQ locations has dwindled over the years.

“It’s interesting to see how many of them have changed or gone. The Abbey, in fact, in LA, in West Hollywood is one of the very few what we call ‘gay restaurants’ left. Now that we have, sort of, assimilated ourselves into the community,” Frederick said.

Locations like The Abbey were listed in guides called Bob Damron's Address Books that date back to the mid-'60s. The books were created by a businessman to help LGBTQ travelers find safe spaces nationwide to be themselves. By the '70s, Frederick’s Media Arts company was asked to create advertisements and graphics inside the books. It was an opportunity he was happy to be a part of.

“It was so useful to the gay community. It was just something that was this size, they could put it in their pocket. It didn’t say gay, gay, gay all over it,” he said. “People would be like ‘OK, I’m in Omaha, Nebraska. I can look up the Cottonwood Room.’”

Over the years, the address books transformed from pocketbooks to thicker copies as more locations were listed. Frederick felt the books were a double-edged sword at the time because they connected the community by putting locations out in the open. That’s why the book incorporated some descriptors.

“What it showed gay travelers was also areas to avoid because Bob would add at the end of the listing in the cruise-y areas ‘AYOR’ — at your own risk. These are sometimes patrolled by police and you are at risk of being arrested for being a homosexual,” Frederick said.

According to the publishing company, Bob Damron, the author, sold his company and passed away in the late '80s. The books are still being published. But the history it contains, is now being turned into an online interactive map, Mapping the Gay Guides with the help of a Cal State Fullerton grant, assistant professor Eric Gonzaba, Amanda Regan and other researchers. The team used the data to create a visual representation of LGBTQ spaces from when the gay rights movement began to take hold in the '60s and into the late '70s. In those two decades, Gonzaba found that those spaces went from about 700 locations to over 4,000 — a now easily accessible discovery that Gonzaba believes will help others learn more about the past.

“The second phase of our project, thanks to generous funding from the National Endowment For The Humanities, we’re hoping to see what happens to gay spaces during one of the most momentous times in the history of the United States which is during the AIDS crisis,” Gonzaba said.

In building the online interactive map, the team found LGBTQ sports leagues and hang-out spots. Now, Gonzaba is hoping the project will help others not feel like they are alone.

“Not only is queer history everywhere but that queer people are everywhere and are doing incredible things beyond just surviving. They are thriving,” said Gonzaba.

For Kirk, who lived through the pivotal moments of gay rights history, he’s happy to see more of it being preserved.

“It helps, again, establish our legitimacy. That we are a force to reckon with. There are an awful lot of us now and that we travel and we spend money,” Frederick said.

It’s a history that might turn a new page, but the memories the books created will be a reminder of where the community gained its strength.