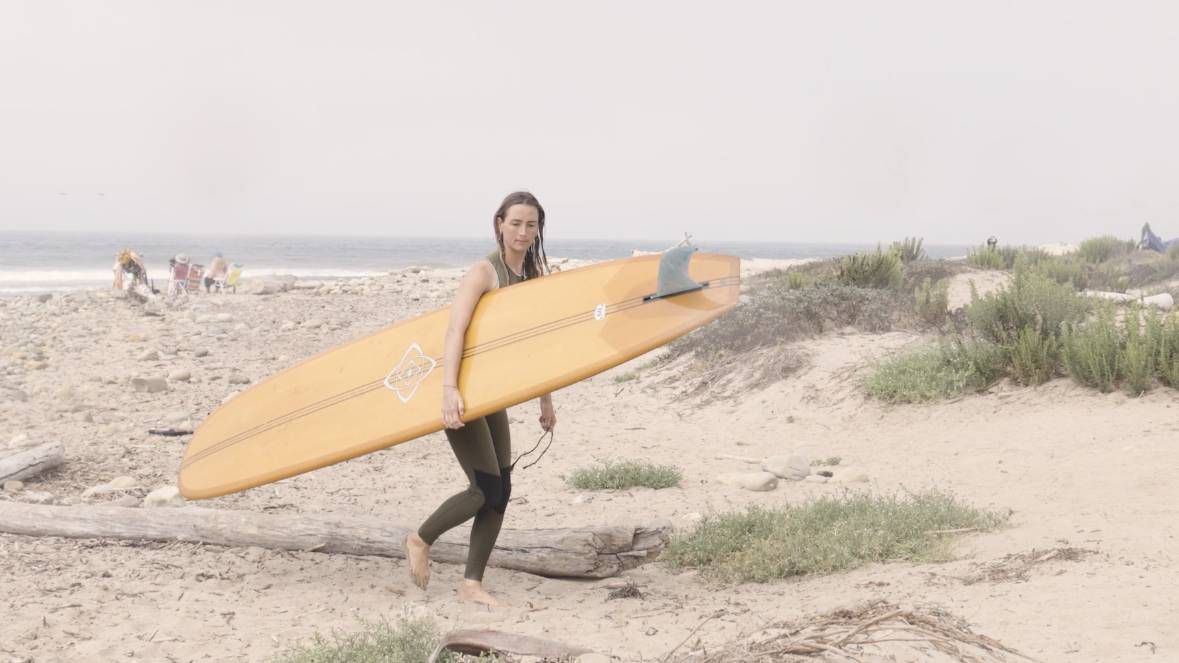 Professional surfer Anna Gudauskas is on a mission to raise awareness. (Sarah Lee)

VENICE, Calif. — Anna Gudauskas is a professional surfer who, after consecutive days of beach cleanups, feels like a professional at identifying small pieces of trash in the sand.


“People don’t realize cigarette butts are made out of plastic and pollutes the ocean," Gudauskas said.

Gudauskas and her best friend, professional surf water photographer Sarah Lee, are traveling from Seattle to San Diego on a surf and community beach cleanup trip called the Catch A Clean Wave Journey. Among their discoveries was the amount of pollution on remote beaches.

"We’re just in this beautiful remote area and there’s still just plastic everywhere," said Lee. "You just have to take a deeper look to see it."

The journey is in partnership with Kona Brewing Co. and the Save the Waves Coalition, a nonprofit dedicated to protecting surf ecosystems with a goal to protect 1,000 waves by 2030. One way to get there is to empower every person to be a steward in his or her coastal community by using an app to document trash or report an issue, as Kona Brewing Co.’s brand manager Vanessa Bennett explained.

“Save The Waves Coalition is alerted, and then they’ll contact your local environmentalists to fix the problem," said Bennett.

As active beach-goers, Gudauskas and Lee have seen changes in the ocean and on the sand, specifically with plastics, which is something the International Union for Conservation of Nature said makes up about 80% of marine debris. That's why cleaning the beaches on this 15-stop surf trip is so important, giving back to the ecosystems that give them so much joy.

“The message with this trip is, the least we can do is clean up after ourselves and after other people with the trash that’s left on the beach," said Lee.

It is estimated that at least eight million tons of plastic end up in the ocean every year, so the task of turning the tide on plastic pollution can seem daunting.

However, Gudauskas said connecting with others on this trip has made her hopeful for change.

“On one of our beach cleanups, a fisherman came up to us and said, 'When you guys walked by, I was so embarrassed about the cigarette butt that I had dropped.' And you can tell he had never thought about that before, and maybe in the future he’ll make sure to throw that in the trash can instead of on the beach,” said Gudauskas.

Even though it is going to take all of us to fix the plastic pollution crisis, they are proving that just two people can make a difference.