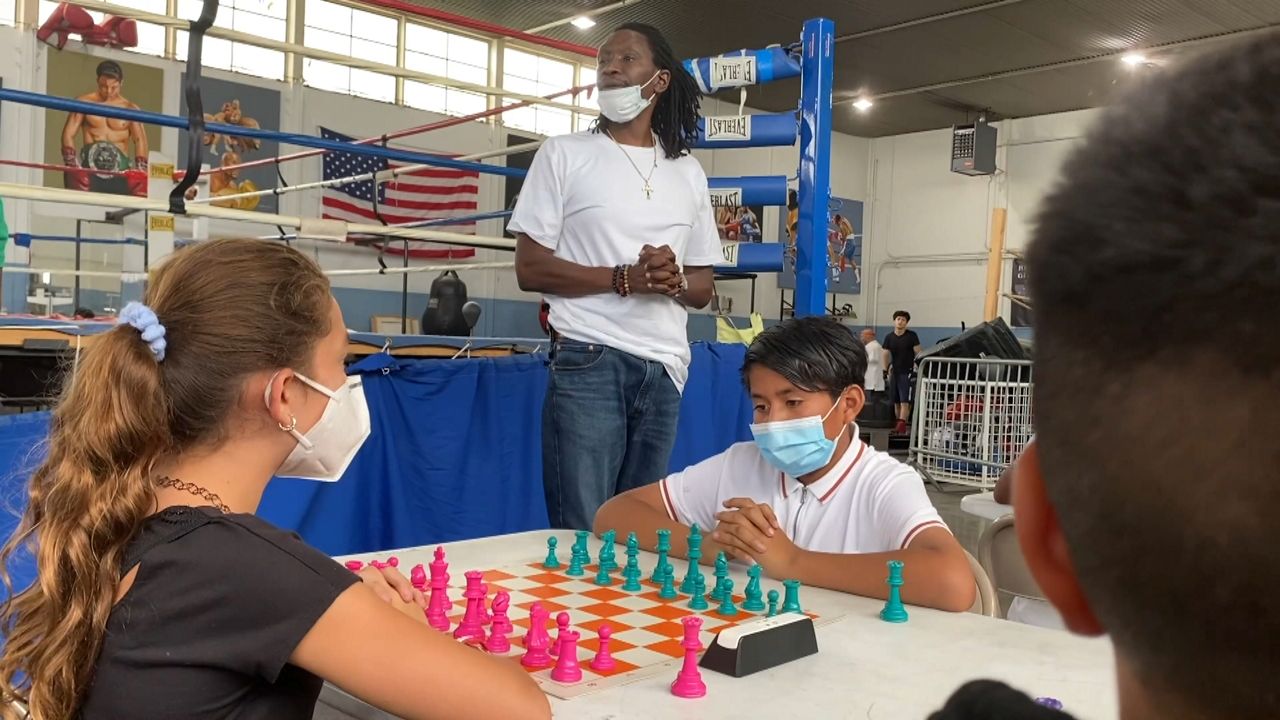 COMPTON, Calif. — This summer more than ever, many parents are concerned that their students will suffer from learning loss.

In Compton, there’s a new chess program that aims to not only keep those student’s minds sharp but also teach them new lessons that are much deeper than math and science.

Those familiar with the game of chess know the chessboard has many parallels to life. The Train of Thought Chess Program uses the game to teach young "queens" and "kings" that they hold that same power.

Every day this summer, 15-year-old Kamil Bennett walks a mile from home to get to the Compton Sheriff’s Office Youth Activity League. It’s a facility staffed with deputies and volunteers who offer numerous free programs for the kids.

"It’s like a family, somewhere you can go and express your problems," Kamil said.

Kamil has problems with her neck and had to stop playing the one thing she loved most, soccer, when she was diagnosed with Kikuchi’s disease about a year ago.

One good thing came out of that period of time, however: Kamil discovered her passion for chess. Now, she is really good and learning some important life lessons along the way.

"[Like] not to move too quickly and that somethings go wrong, even if you don’t expect it to," she said.

From the person who taught Kamil the game, those are just two of many gems he hopes these kids take with them. Damen Fletcher, Train of Thought's founder and CEO, has teamed with the Compton Sheriff’s Office to teach the inner city kids every day of the week. But for the Compton native, this is so much deeper than a game.

"There’s something very magical that happens when you introduce the game to kids who are presented with real-life challenges at these early stages of their development," said Fletcher.

Fletcher fell in love with chess the summer before his first year of high school. After going away to college, he returned to Compton looking for the friends he had grown up with. Some of them, he found, were part of a gang, some were in prison and others were on drugs. He started to wonder why he ended up so different.

"As I just started to reflect on that, it became clearer and clearer that it was chess," he said. "It was the fact that I had been introduced to the game of chess very early in life, and I was using chess as a tool to help me with my decision making."

It was then that Fletcher made it his life mission to provide that same opportunity for kids growing up in similar circumstances. He now brings Train of Thought to foster homes, schools and after-school programs, along with his best friend Niombi Harris, who never expected to fall in love with teaching these kids the value of each choice through chess.

"Understanding that the queen is the most powerful piece," Harris said. "So how are you practicing your power, young queen? Kings don’t understand that they’re the most valuable. They don’t even understand value. I say, how much is pair of Jordans worth? '$200, Mr. Harris.' How much is a PS5 worth? 'Oh you’re gonna need about $400.' How much are you worth? The room gets quiet."

It’s an effort to break the cycle of a community heavily involved in crime.

For Kamil, she sees herself and her family in the board. Her mom is the queen, her dad is the king and she is the bishop, just trying to find its way.

"I feel like they have more of their life together than me," Kamil said. "I kind of move diagonally in life, not straight forward."

For more information about the Train of Thought Chess Program, visit here.