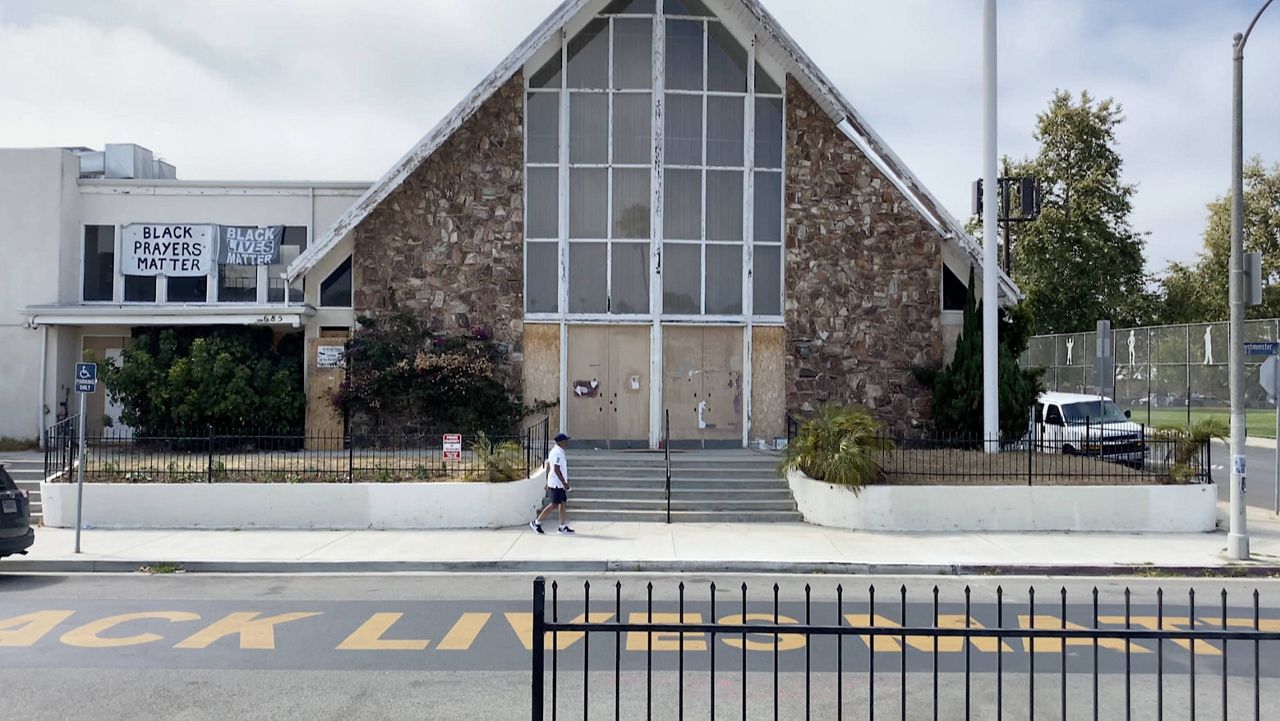 Urgent push to save historically Black places before they're lost forever

VENICE, Calif. — Family history is something 79-year-old David Johnson keeps close to his heart and in pictures tucked under a bed.

"Our family has been here for right at 100 years now," he said. "This house, my father built. He built it back in the late '40s, and we’ve been here ever since."


By "here," Johnson means Oakwood — a 1.1 square-mile community in Venice that started at the turn of the 20th century, when Black Angelenos were redlined out of other neighborhoods.

“Most of the Blacks were on this side of Lincoln Boulevard at that time,” said Johnson.

It was a vibrant community, and at the heart of it was the church. Johnson was in the First Baptist Church’s first chorus group in 1953. It was entirely comprised of Black kids around 9 and 10 years old.

However, in the last few decades, the community has changed. Initially, the neighbors were priced out. Ralphs and Whole Foods then replaced Black-owned grocery stores that Johnson used to visit. The last straw was the church, which was sold in 2015.

“It’s been such a big influence on my life, and now that I see that it’s closed like this, it hurts,” he said.

Ever since, the future of the church has been in limbo.

Johnson’s lifelong friend Dr. Naomi Nightingale, a social justice organizer for Save Venice Coalition, has been fighting along others to make the church a historical monument and protecting it for generations. However, Dr. Nightingale said the story of First Baptist is playing out over and over again everywhere.

“Across this country, particularly in the South, you will see that communities like these are being sort of whitewashed,” she said.

A Los Angeles Historic Resources Inventory map shows that only about 3% of all the landmarks in LA are connected to Black history, a number confirmed by the LA Conservancy & Office of Historic Resources. That is just 6% for all minorities combined.

The person in-charge of preservation for LA is Ken Bernstein, the principal city planner at the Office of Historic Resources.

When asked why so few LA landmarks are connected to Black history, Bernstein said one reason is the process is open to the public. Anyone can download the city’s form and submit it requesting that a building, structure or place get monument status. The process, he explained, benefits communities that are more politically active in that arena.

“It also tends to privilege those sites for which there is a great deal of prior research or documentation and the fact that [in] many communities, some of these stories may have been less researched, and there are more untold stories or oral traditions that have been passed down,” he said.

That has to change, Bernstein added, so the city — along with the Getty — has launched the African American Historic Places Project.

"The new initiative has several components," he said. "One is to begin to rectify this disparity about what is designated as a historic cultural monument and to advance to historic designation in the city at least 10 additional African American sites."

That will be a start, according to Bernstein, who said with other tools aimed at understanding and preserving the history of other cultures.

For Johnson, it's welcome news.

“Even after the church closed, for a long time, the light would still come on in the evening, and it was like giving us hope that someday we’re gonna be back,” he said.

On that day, he said, people will bring their children and grandchildren and tell them all about Black life in Oakwood.