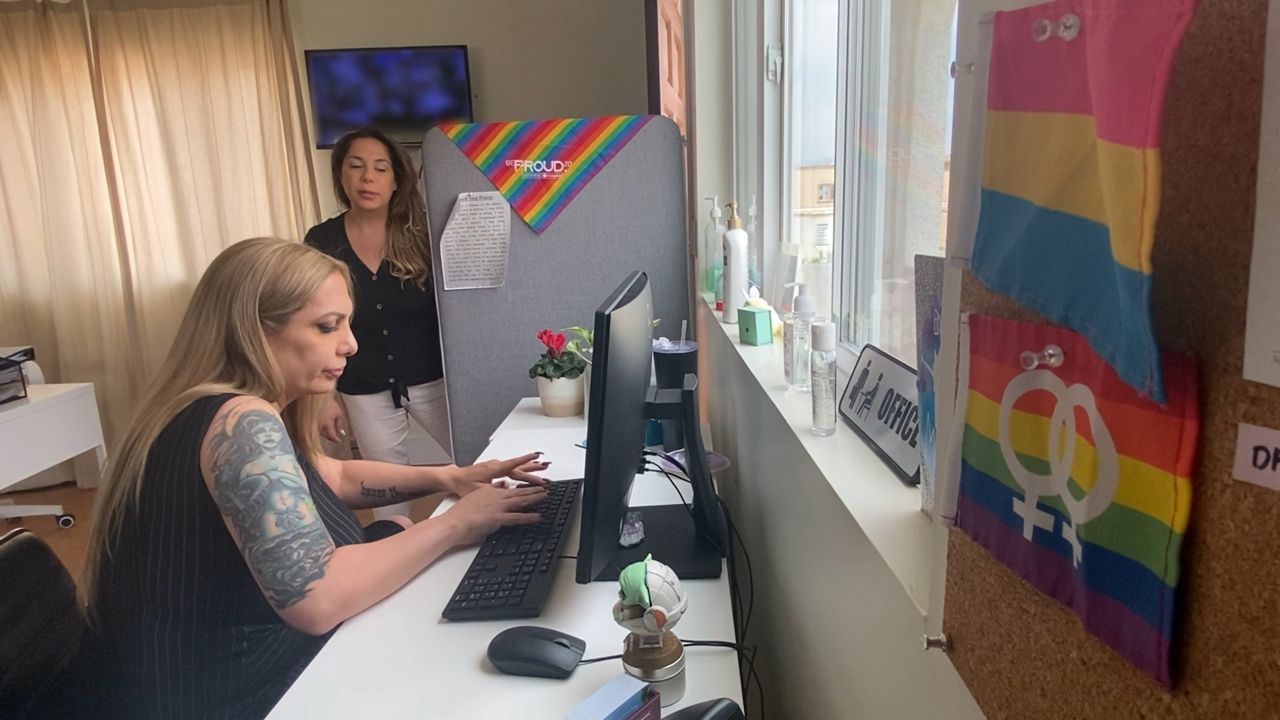 LOS ANGELES — An Encino apartment has become more than just a place for Victoria and Vivian Rubio to call home. It's also become their safe space to be themselves. Growing up, the two trans twin sisters saw the backlash that came from Victoria being her true self at the age of 16.

"You have people telling you it's not OK to be you. That you are going to go to hell, and you know, you need something to numb the pain, and I chose drugs and alcohol to numb the pain of being trans," Victoria said.

That pain took over their lives for years.

"I felt like I had one foot in the grave and the other in an insane asylum," Victoria said.

At the time, all her twin sister Vivian could do was internalize that same pain.

"I saw all the backlash that she got in our small community in Upland, California, and it was terrible. And, at that time, I was really afraid to speak out about myself," Vivian said.

While Vivian became her true self later in life, she was the first to hit rock bottom after an intense fight with her sister. She then decided it was time to make a change. That decision led her to be three years sober and finding a career in helping others in the LGBTQ community seek recovery at the La Fuente Hollywood Treatment Center.

Now, Vivian's in the process of becoming a licensed marriage and family therapist. Her journey has inspired Victoria, who is now 19 months sober, to work at the same treatment center and continue her education helping those in the LGBTQ community.

"She asked me, 'Would that be OK with you? and I'm like, 'Victoria, this is your decision. It's not my decision, you know? If this is your passion then, follow your dreams,'" Vivian said.

Their past addictions have left the twins living paycheck to paycheck, but both are determined to achieve their dreams. According to the National Institute on Drug Abuse, people who identify as LGBTQ often face discrimination, harassment and violence at times. Studies have shown that those stressors are nearly three times as likely to lead this demographic to substance abuse.

Zack Ament is the founder of the Second Chance Mission, an organization hoping to give those who have faced adversity a monetary gift to help them gain their "second chance." Ament shared that it was the generosity of others that helped him get through his struggles with addiction. When he heard about the twins' story, he decided to give them a $5,000 surprise during Pride Month to help them stay on track and continue their education.

"We in the LGBTQ+ community experience stressors that can lead to addiction. I'm hoping to, with this check, take away one problem these sisters might be having," Ament said.

It was an overwhelming moment for the sisters that made them feel that the future was within reach.

Until then, both Vivian and Victoria will continue their education in hopes of making those dreams a reality.

If someone you know would like to be nominated for a "second chance," send an email with contact information and a brief description of why they are deserving of a second chance to secondchances@zacharyament.com